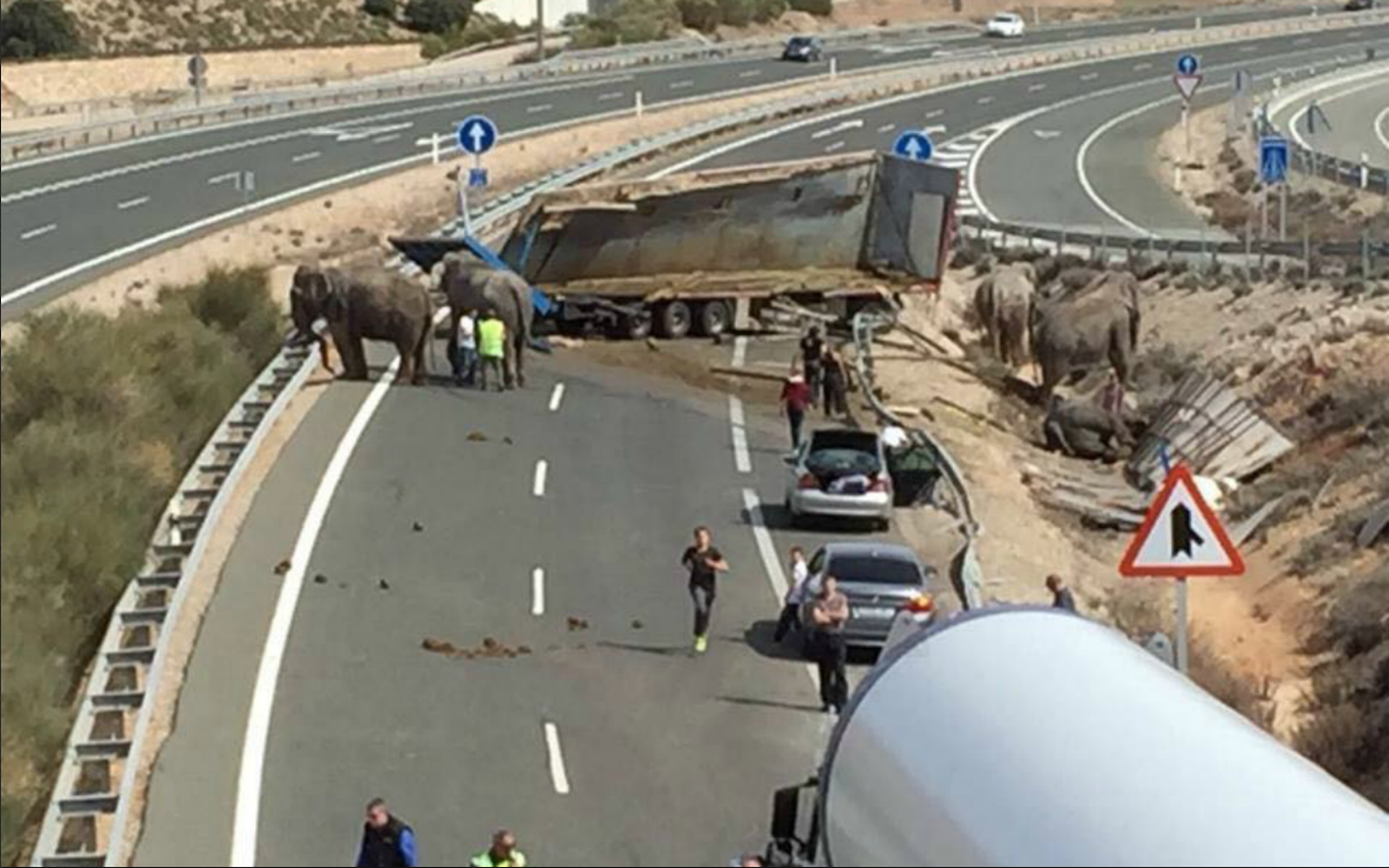 Lead Image Source : The Save Movement/Facebook

This just breaks our hearts. Life for an elephant forced to perform circus tricks is far from natural. These gentle giants are bound by chains and shipped like cargo from location to location. Circus employees tie heavy chains around the elephants’ ankles to limit their ability to move, preventing them from lying down or even having social interactions with other elephants. As you can imagine, transporting wild animals is dangerous for not only the animals themselves but also the people around them.

In yet another wreckless circus accident, a circus truck carrying five elephants in Spain was recently overturned on a motorway.

One elephant has been pronounced dead after they rolled off the road and into a ditch, Sky News reports. The four surviving elephants stood over their friend’s body. Elephants are highly intelligent creatures and will often mourn the death of a fellow elephant. 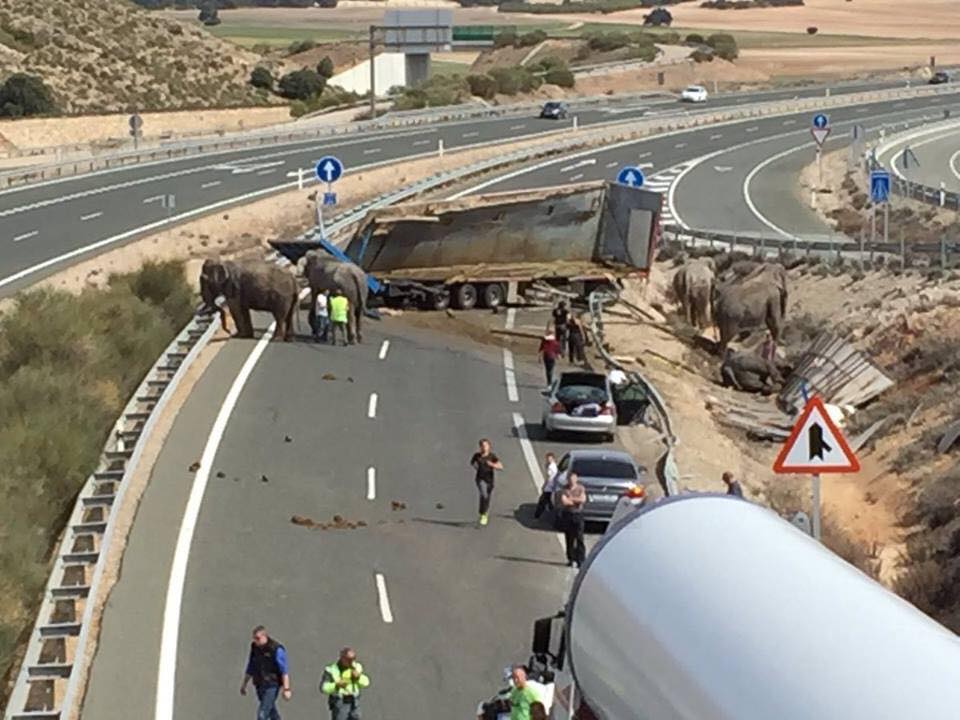 The motorway was closed off for two hours while fire personnel and concerned drivers tried to help. 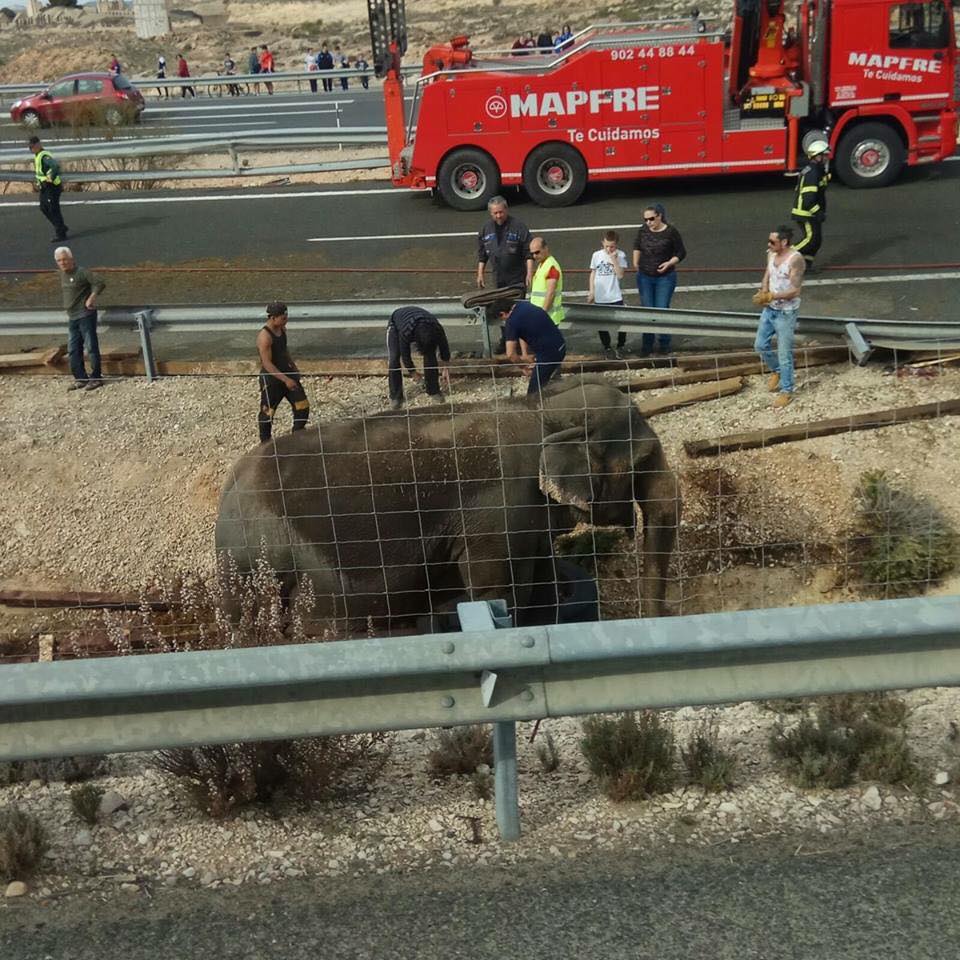 Two of the elephants involved in the wreck suffered large cuts to their faces and legs. Is an hour of the circus really all that fun when you consider the expense animals have to pay? 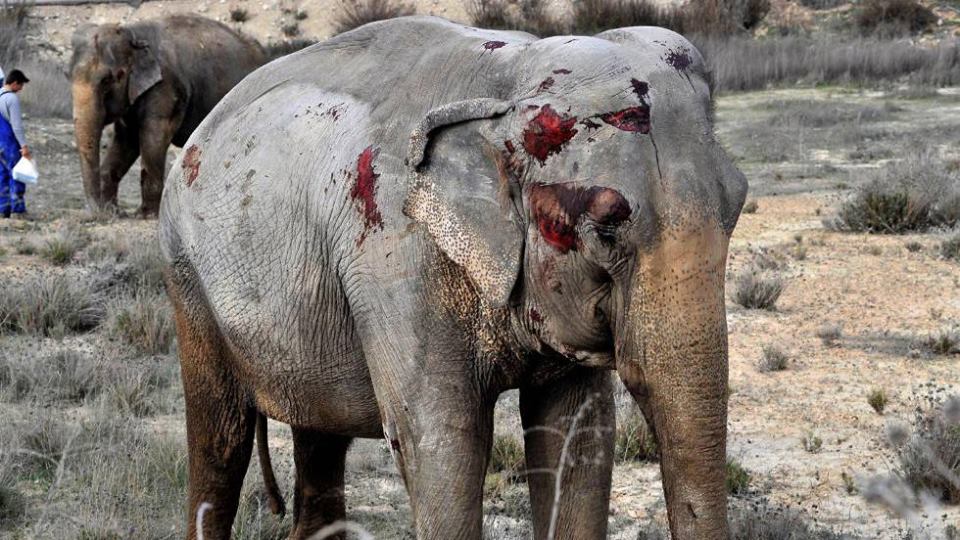 The injured elephants are being treated by veterinarians in a public facility and from there, they will be moved to a clinic. This latest incident is just another example of why circuses that force wild animals to perform are highly unethical and dangerous for all involved.

“This terrible incident symbolizes all that is wrong with the use of animals in traveling circuses,” said Animal Defenders International President Jan Creamer. “Instead of a life in the wild, these incredible animals are being carted around the country, confined and forced to perform. Please don’t visit a circus with animals and help stop their suffering today.”

We hope that the circus involved in the crash has the compassion to send the four surviving elephants to an accredited sanctuary, where they can live out the remainder of their days in peace (another circus in Spain retired their animals to a sanctuary just last year, so it’s possible!).

The growing majority of the public agrees that they don’t want to watch captive animals perform silly tricks. Over 40 countries worldwide have banned the use of wild animals in circuses, including Scotland, India, Italy, Iran, Ireland, Romania, the U.K, and the Netherlands, so why are we still forcing animals into this horrific life?

If you are looking forward to the day when animals used in entertainment will be just a mention in history books, SHARE this article to spread awareness about what’s wrong with circuses!

Image Source: The Save Movement/Facebook