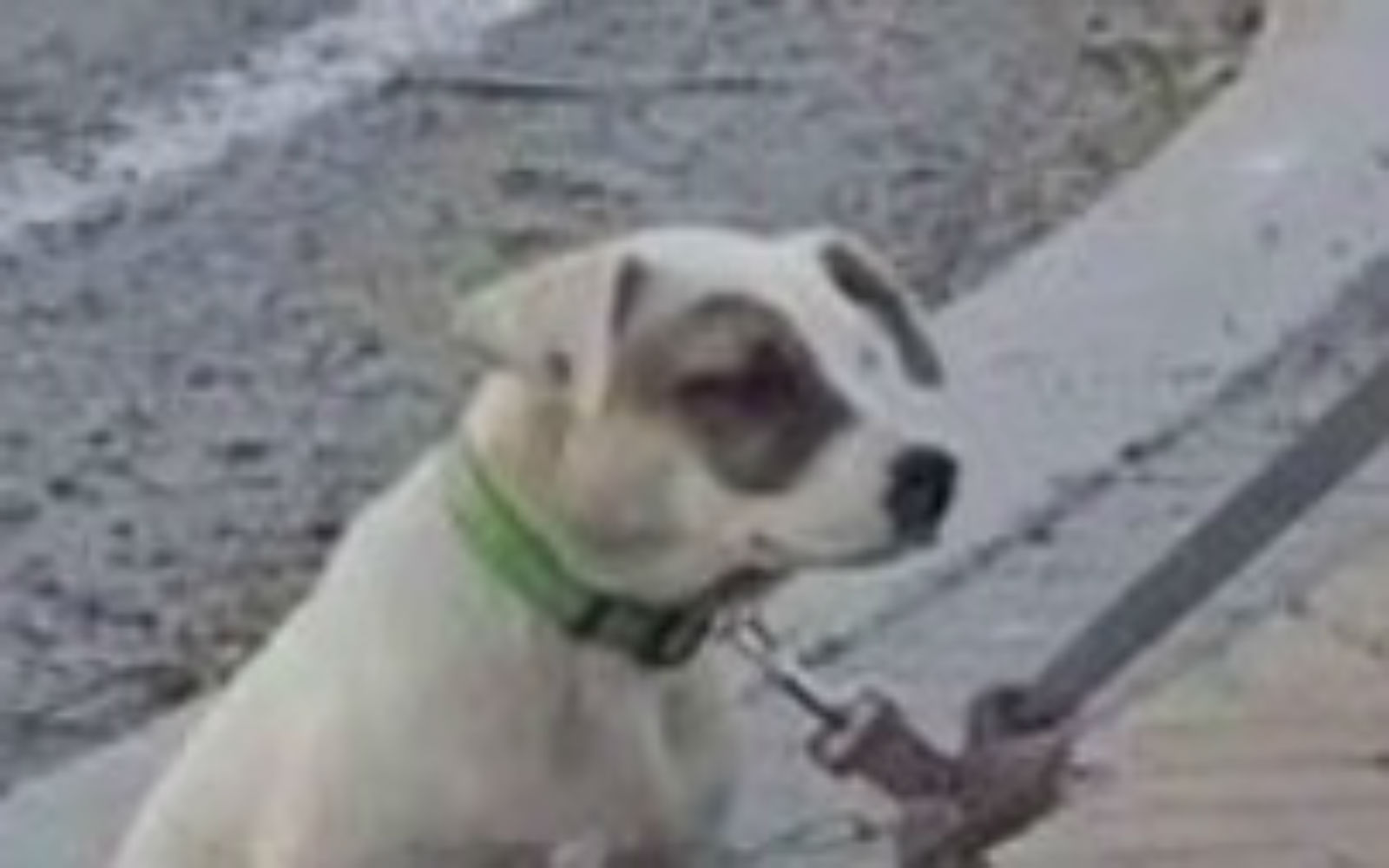 Meet poor Holly, a beautiful girl who is more than deserving of a new start in life! Rescue Dogs Rock NYC recently came to the rescue for this lovely dog, who lived for months with three other dogs by the side of a busy road.

Holly and her friends were kept tied up by their owner, who relished in torturing these poor dogs from morning till night. The dogs were only left alone for brief periods when the man was begging for money on the busy highway. The crate they were tied to so they couldn’t escape was waving in and out of dangerous traffic, putting them at risk of being hit at any time.

Can you imagine the life Holly has led tied up like this for goodness knows how long? You can see from the video that there was no security for these dogs at all, and no evidence that they were even given much in the way of water and food. This was an incredibly thoughtless way to behave.

A number of people in the area spoke out against this man, reporting him to the local authorities after witnessing his severe abuse of these poor dogs. Around two weeks ago the man was finally arrested, and Holly ended up at a kill shelter, safe at least from his harm. The fate of the other dogs is yet unknown.

It is here at the kill shelter that Rescue Dogs Rock was able to step in. Local people in the area alerted them to Holly’s plight, asking if they could spread the news of her story and help keep her alive. She is currently receiving medical care so she can get back to full health, and what Holly needs more than anything now is a loving forever home.

Adopted dogs are full of love and affection, and who could be more deserving of receiving those things than Holly? There are many things to consider when taking a pet into your home, but offering that home to a dog who needs you saves one more from a life cut short or lived on the streets without love or shelter.

Rescue Dogs Rock works tirelessly to save abused and at-risk dogs from kill shelters and provides vetting and loving homes to dogs like Holly. If you are able to donate to help them continue this work or are considering adopting a dog yourself, please get in contact.