Cruel People Kept This Dog on a Chain So Short, She Would Choke Herself When She Sat Down 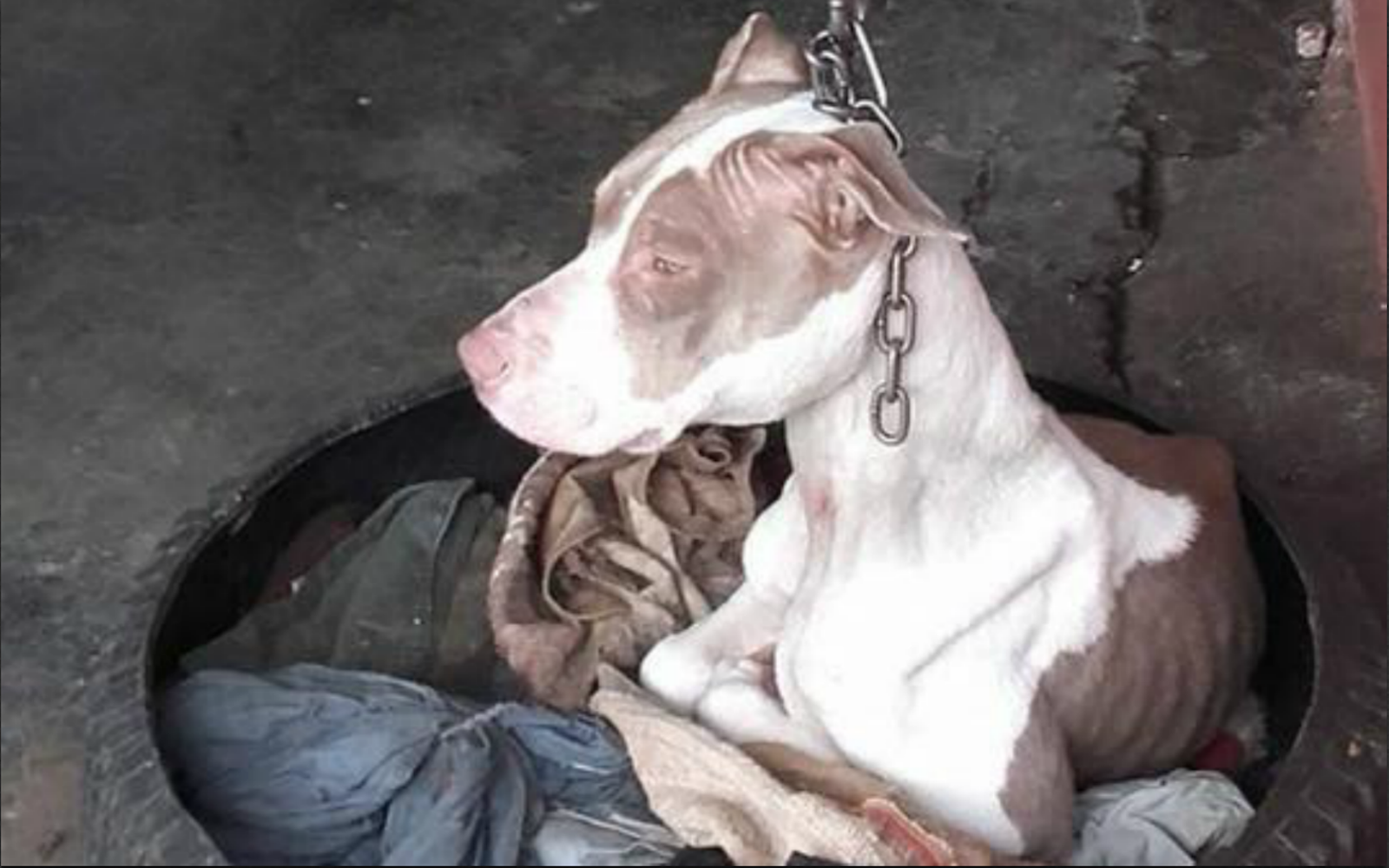 Just when you think you’ve seen it all! While dogs provide us with unconditional love and support and don’t ask for much in return, unfortunately, not everyone sees dogs as the awesome animals that they are. Territorio de Zaguates, a no-kill shelter based in Costa Rica had to face that sad reality when they took in Cala, a Pit Bull mix.

Cala was kept on a chain so short that if she needed to sit, she would HANG from the chain, effectively choking herself. Food and water were sporadic, the rescue notes. It’s bad enough she was kept on a heavy chain, but at the very least, she should have been afforded the ability to properly sit down! 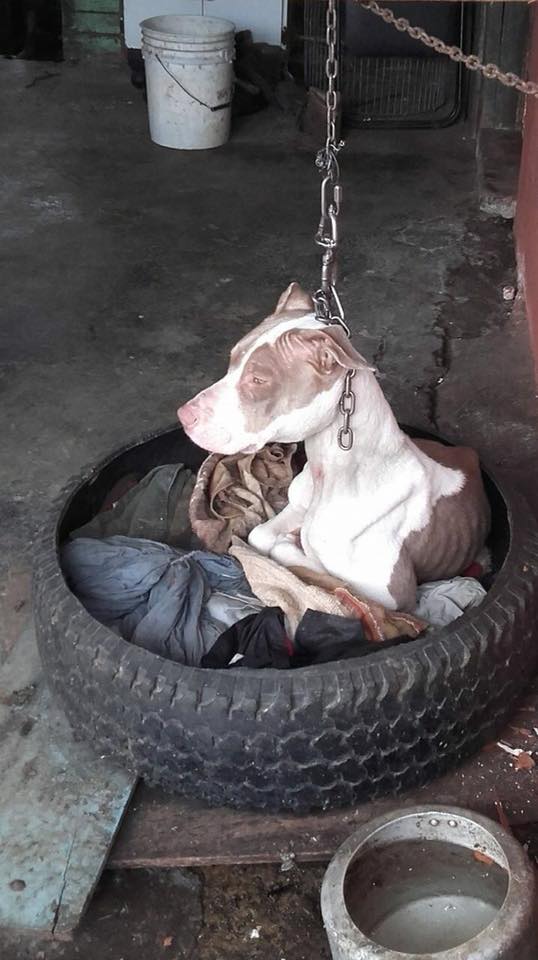 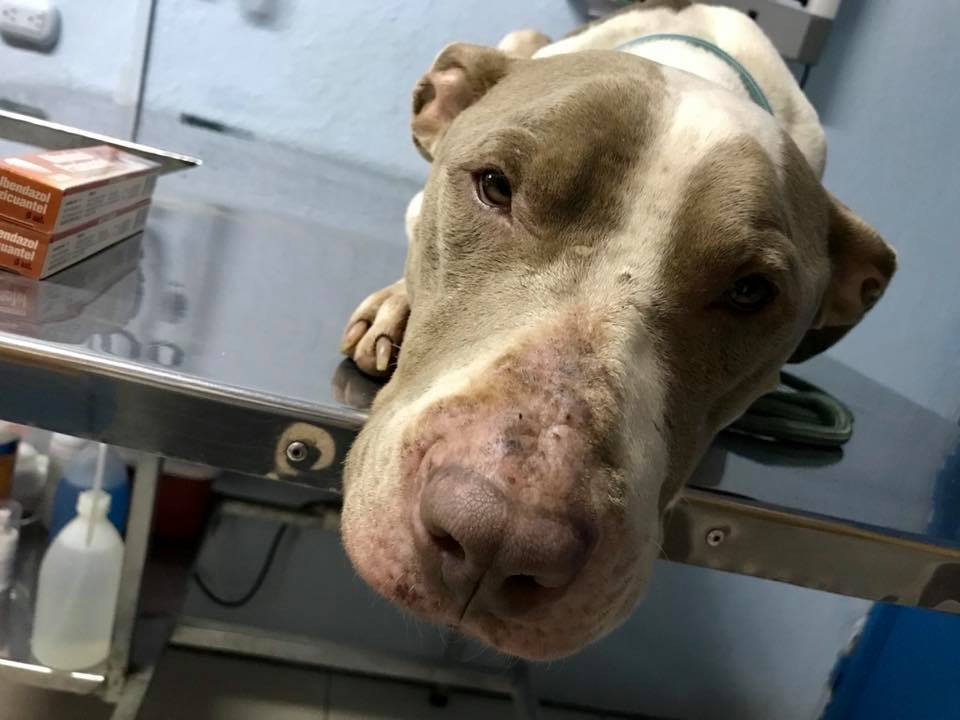 Cala was rushed to the vet clinic where blood work confirmed what rescuers knew all along: Cala was neglected for far too long. 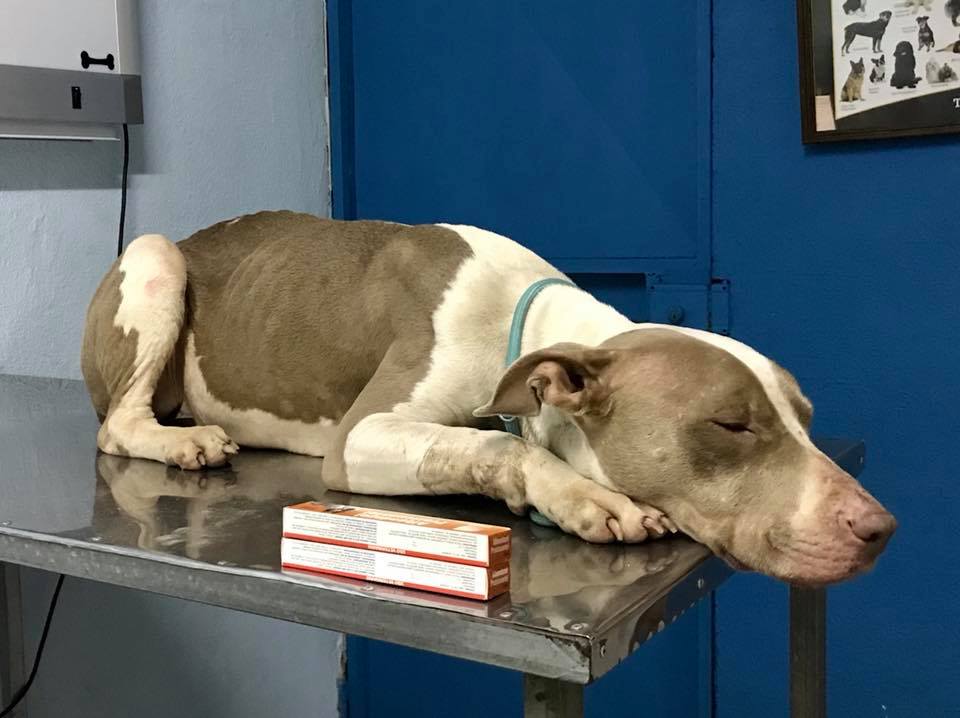 This sweet pup is proving to be a fighter, however. She is responding to medication and is eating. The nightmare beginnings this sweet girl had to endure are now over as she learns what love means. 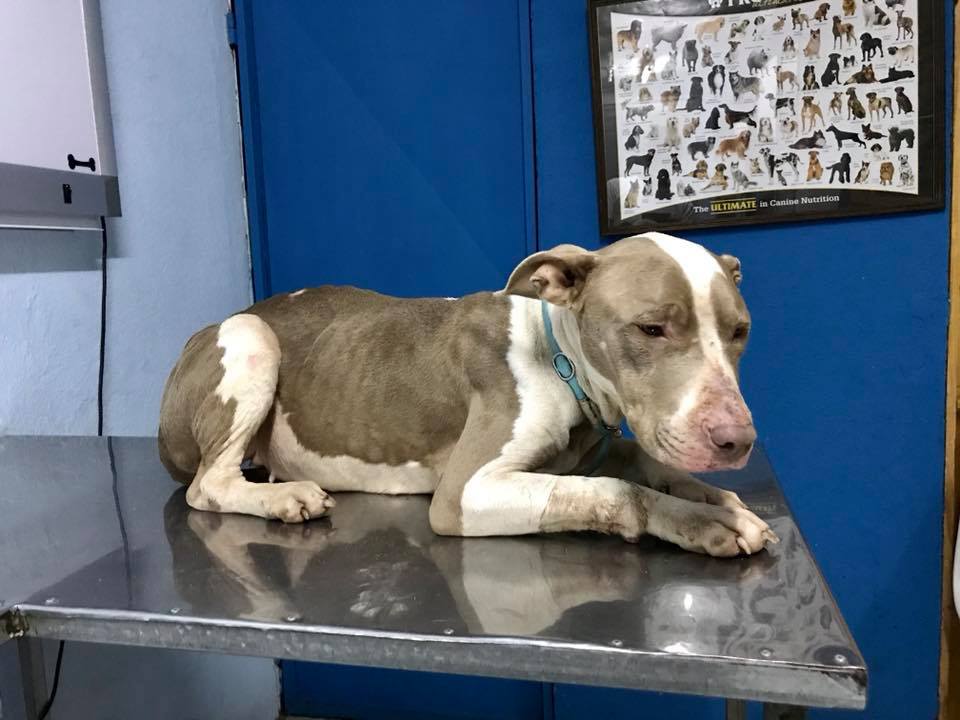 “We can only hope that Cala’s owners are eventually brought to justice, but we are aware that our laws are still lacking,” Territorio de Zaguates said on Facebook. If you’d like to donate towards Cala’s care, you can do so here.

We are so thankful she is finally safe! If Cala’s neighbors didn’t speak up, she would still be living in an abusive situation. If you’re not sure what constitutes as animal abuse, check out these signs to look out for.

It’s important to remember that law enforcement and animal control departments highly advise against citizens taking matters into their own hands. As much as it angers you to see an animal being abused or neglected, you could end up putting yourself in a dangerous situation when confronting an animal abuser or trespassing on someone’s property to rescue an animal. It can take more than reporting animal abuse to the authorities, so to help in prosecuting the abuser, the best thing you can do is document the details, dates, and times of any incidents and contact animal control immediately. For more information on how to help a chained dog, click here.

We’ll be keeping Cala in our thoughts for a full recovery! To learn more about Territorio de Zaguates and the important work they do, check out their website.