New Documentary Shows What the World Would Be Like Without Meat Now Available Worldwide! (VIDEO)

New Documentary Shows What the World Would Be Like Without Meat Now Available Worldwide! (VIDEO)

The plant-based movement is undoubtedly sweeping the world, as is evident by the 140 percent increase in demand for plant-based food products, the abundance of new plant-based brands and restaurants, and a great number of documentaries showcasing the topic. And now there is a new eye-catching documentary called The End of Meat that delves into the issues surrounding our current food system run by industrialized animal agriculture and envisions what the future will look like without meat.

The documentary was made by German filmmaker Marc Pierschel, who is no stranger to the topic, having created the film Live and Let Live in 2013, which covered the history of the vegan movement and the human-animal relationship, as well as the film 184 in 2016, which documented activists working to save the whales from Iceland’s commercial whaling industry.

The filmmakers describe The End of Meat as such: “In The End of Meat, filmmaker Marc Pierschel embarks on a journey to discover what effect a post-meat world would have on the environment, the animals and ourselves. He meets Esther the Wonder Pig, who became an internet phenomenon; talks to pioneers leading the vegan movement in Germany; visits the first fully vegetarian city in India; witnesses rescued farm animals enjoying their newfound freedom; observes the future food innovators making meat and cheese without the animals, even harvesting “bacon” from the ocean, and much more.” 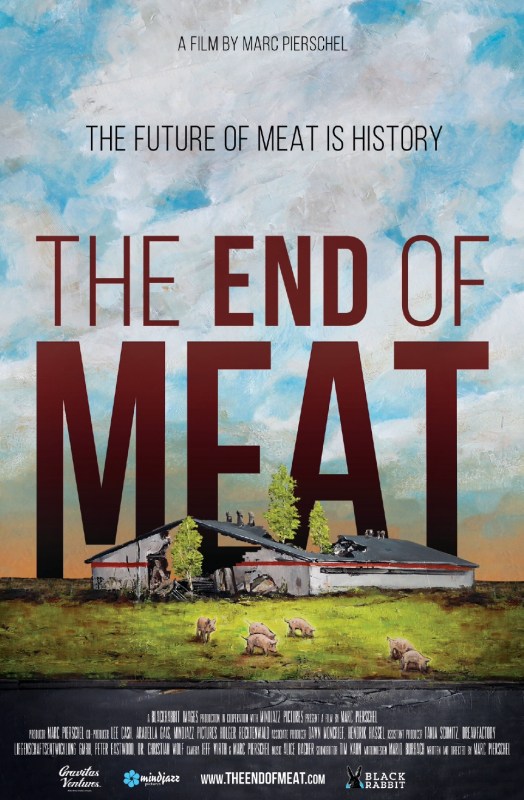 The End of Meat is now available to watch worldwide! In the US, it’s available on iTunes, Amazon Prime Video, Vudu, Microsoft, Vimeo, Redbox, and Playstation. Visit their site to find out how you can watch the movie!

To learn more about the environmental impact of our food choices, be sure to check out the Eat for the Planet book. And please remember to share this with your network as an eye-opener to our broken food system and a reminder that animals deserve to live, too!