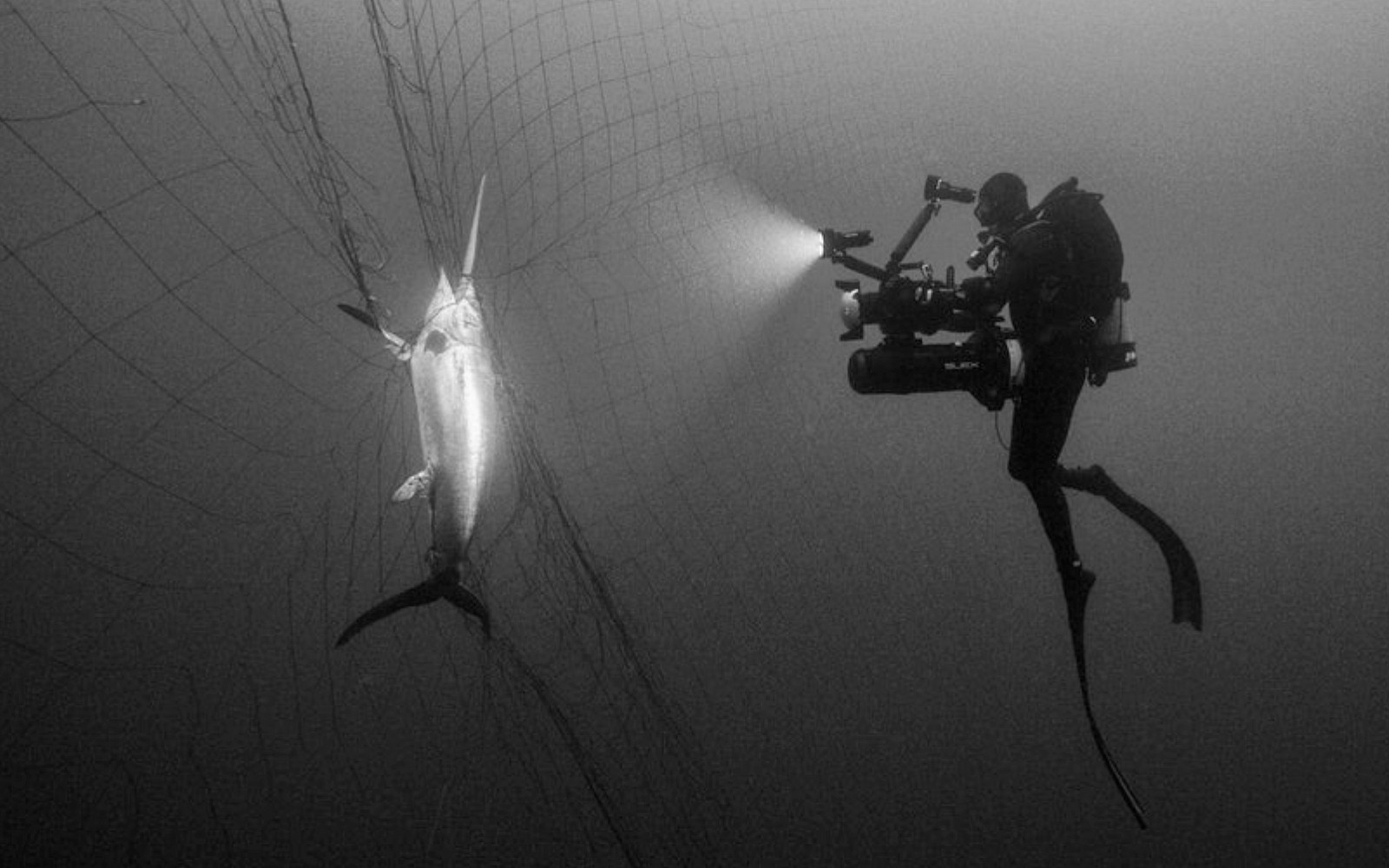 An undercover investigation carried out off the coast of California by animal rights and marine conservation groups Mercy for Animals, Turtle Island Restoration Network, SeaLegacy, and Sharkwater has discovered the shocking hidden effects of the driftnet fishing industry. It was found that besides the targeted swordfish, marine mammals like dolphins, sea lions, sea turtles, sharks, and even seabirds are dying in these massive nets that are essentially walls of floating netting. Some of these species are even considered threatened or endangered. In 2017, two endangered sperm whales were entangled in the California driftnet fishery – and died as a result.

“These driftnets are over a mile long, 100 feet deep, and designed to kill everything in their path,” said Paul Nicklen, SeaLegacy co-founder.

The bycatch rate of driftnet fishing is staggeringly high. For some nets, the estimates are as high as seven to one – which means that for every swordfish, as many as seven other animals may be caught in the net. The California driftnet fishery has an estimated 65 percent bycatch rate – which, as Nicklen points out, makes it “the most destructive fishery in the U.S.”

Many animals die when they become entangled in the huge nets, but not all do. As undercover observers found out, in some cases, instead of being freed with basic respect, live bycatch animals are severely maimed and discarded overboard – as if the animals were nothing but waste.

This investigation clearly illustrates the dangers of the fishing industry on the environment. It has been estimated that our world’s fisheries are set to collapse as soon as 2050 because of the enormous volume of species we are pulling out of the oceans at an unsustainable rate. Without a stable ocean ecosystem, the world as we know it will literally cease to exist. The oceans are responsible for around 70 percent of our oxygen and they help to maintain weather and climate systems. As Captain Paul Watson has said, “If the oceans die, we die.” Sadly, because of large commercial fisheries like this one, we are putting the oceans on a speedy path to destruction.

In 1992, the United Nations introduced a ban on the use of large-scale driftnets in the High Seas – but they are still being used in the state of California. Thankfully, a new California Senate Bill (SB 1017), recently introduced by State Senator Ben Allen, addresses the issue directly and aims to phase out large-scale driftnets from California’s commercial fishing industry. Passing this bill will be a huge step forward – but both strong state and federal legislation will be necessary to effectively stop the use of those destructive nets.

Click here to sign the petition in support of the California legislation and help put an end to the needless slaughter of marine wildlife!

Also remember we can all help protect the oceans by choosing plant-based foods over seafood, meat or dairy. The average person consumes around 225 fish a year, so if you cut back or reduced your personal consumption, your impact would really add up. Not to mention, you could rest easy knowing your food choices weren’t also driving the deaths of sea turtles, whales, sharks and other threatened marine life.

To learn more about how you can use your food choices to heal the planet, check out the Eat For The Planet book.