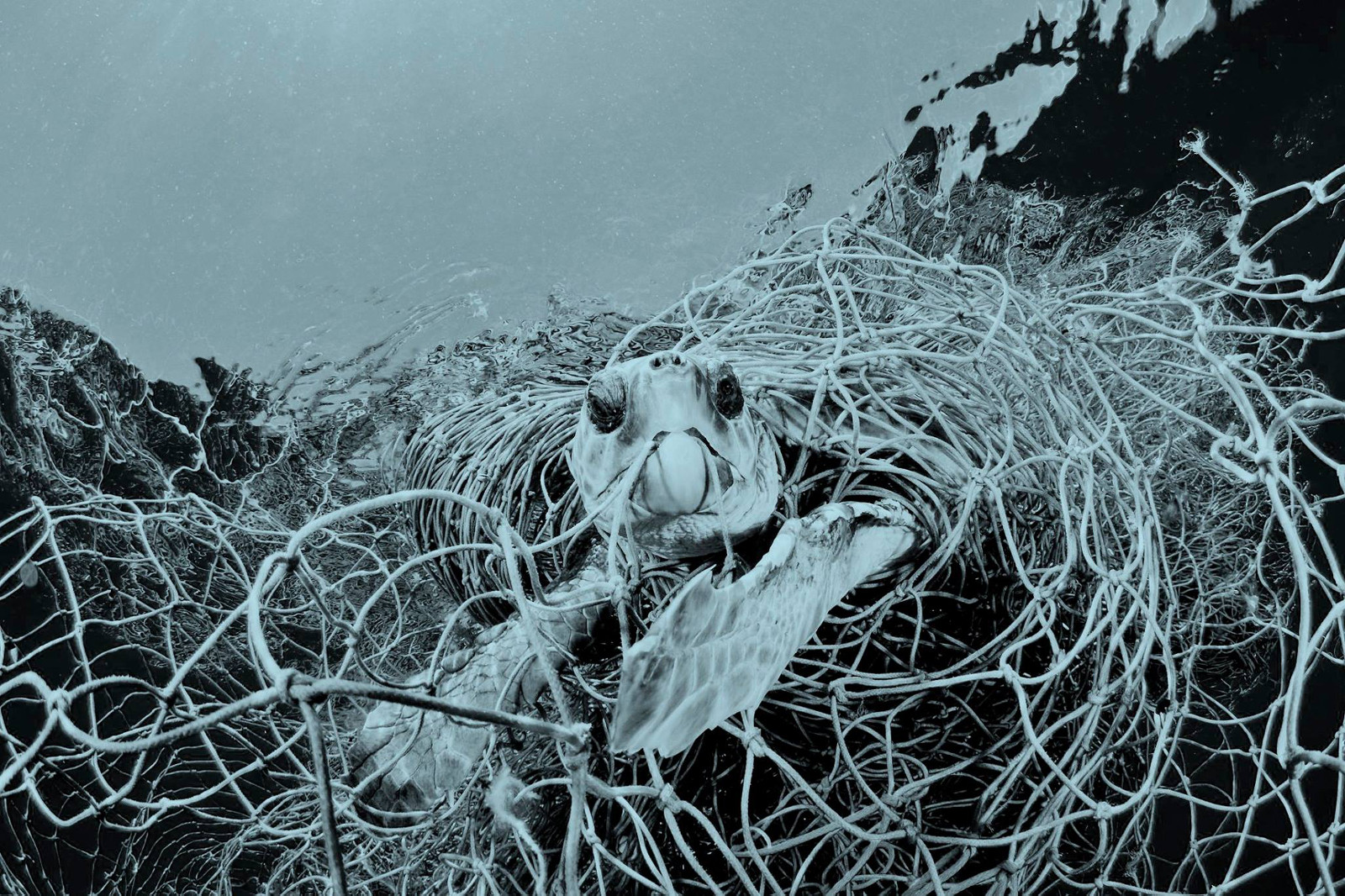 Imagine what it would be like to be tangled in a net. You’d lose your ability to move around freely, seek the basic resources you require, and chances are, you wouldn’t be too happy. If someone knowingly did this to you, how would you feel?

This look from a sea turtle tangled in a fishing net can give you a pretty good idea. 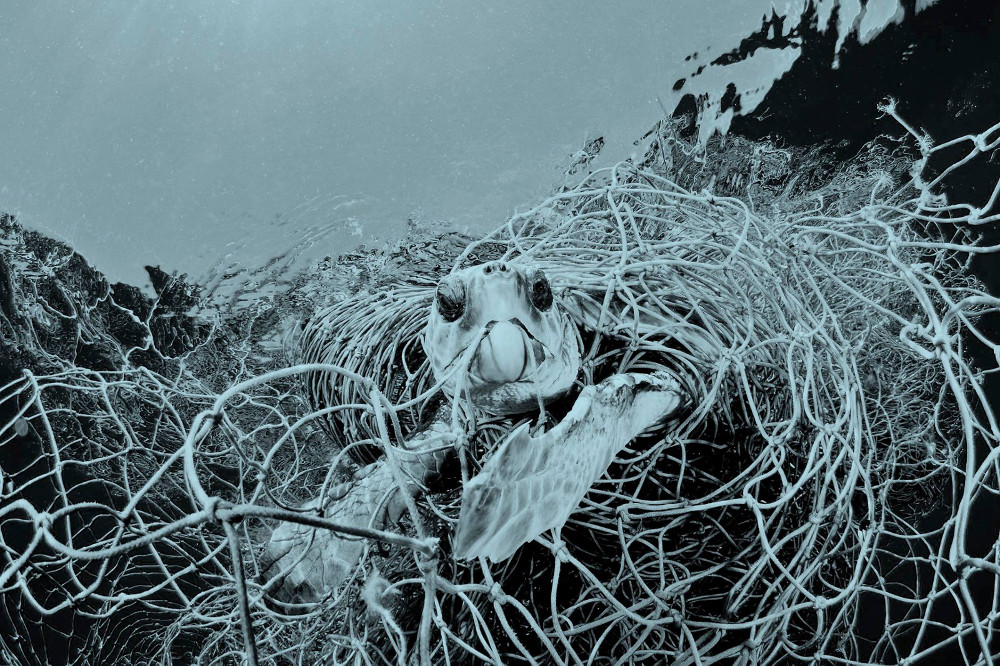 Turtles are often the unfortunate victims of fishing nets. Ghost nets, or fishing nets that have been cut or dropped off of boats and left to float in the ocean, pose a serious threat to marine life.

Likewise, many turtles fall prey to gillnets used in the commercial fishing industry. These nets float vertically in the water like a massive spider web and catch large amounts of fish in one fell swoop as they’re dragged across large areas of water. Sadly, and not surprisingly, gillnets also catch large amounts of non-target animals – known as “bycatch” – like birds and mammals. And when “bycatch,” like this turtle, are entangled, they lose their ability to surface for air, often leading to death. Considering that an estimated 40 percent of all fish catches are comprised of bycatch, the true devastation wrought by these nets becomes evident.

And nets aren’t the only threat that sea turtles encounter. Another huge threat to turtles’ existence? Plastic. It’s estimated that around 700 marine species are faced with extinction due to the threat plastic poses to them from entanglement, pollution, and ingestion. With about 8.8 million tons of plastic that make their way from land to the oceans every single year, it’s no surprise that these remarkable marine animals are suffering on our behalf.

Just one look from this turtle tells us that we’ve got to take responsibility for our actions and do everything we can do make sure turtles can live freely.

To learn more about how you can use your everyday choices to help save animals just like the turtle, check out these the posts below:

All Image Source: Surfers Against Sewage/Facebook