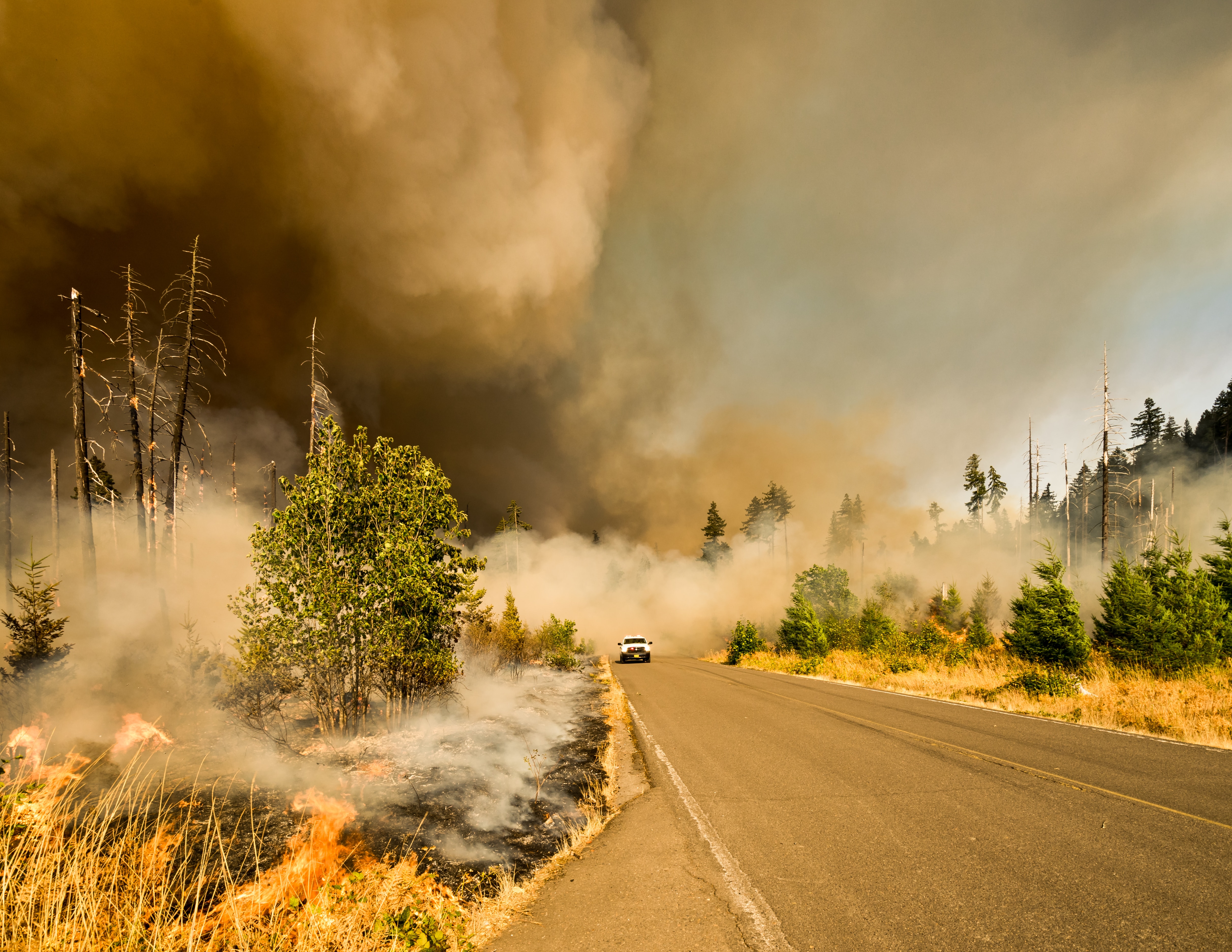 Utility Pacific Gas & Electric (PG&E) started cutting off power to customers early Wednesday morning. The company gave advanced warning to residents. Last year’s notorious Camp Fire was caused by the utility’s  electrical transmission lines. PG&E’s statement on the shutdown said, “The decision to turn off power was based on forecasts of dry, hot and windy weather including potential fire risk.”

The link between such fires and climate change is undeniable. The Center for Climate and Energy Solutions reports that large wildfires burn larger areas than they did in 1970.  The average wildfire season is 78 days, more than two months, longer. Now with two deadly fires behind them, National and California meteorologists know what conditions to watch for and how to react. This time the reaction including shutting off the power to prevent winds from sparking power lines. Peak winds that were forecasted can add to wildfires.

A new study in Environmental Research Letters published today links the previous California fires to climate change. The study’s lead author Richard Vachula, said of the data linking climate to fires, “Our data show that climate has been the main driver of fire on a regional scale. We find that warm and dry conditions promote fire, which in light of climate model predictions suggests that future fires may be more extensive than we have observed in the last century.”

Climate change has led to increased warmer and drier periods, which are perfect wildfire conditions. As these conditions continue, so will fires. Humans will need to work with climate predictions and models to manage the changing climate as it relates to wildfires. Clearly, that work has already begun with PG&E’s decision to shut down the power in those areas, as they did it based on National Weather Service models. The reactions to climate change are already here. And almost a million people are affected by it.

As of Friday morning, 300,000 residents were still without power, according to CNN. Governor Newsom blamed PG&E in a statement about mismanagement and greed. Traffic lights and ATMs are out, and some counties have set up community centers for food, water and charging stations.

The weather has improved with less winds in most areas. PG&E will work to restore power throughout the weekend.

Read more about people affected by climate change in One Green Planet. Vietnam’s Mekong Delta residents are vulnerable to rising seas due to the changing climate.