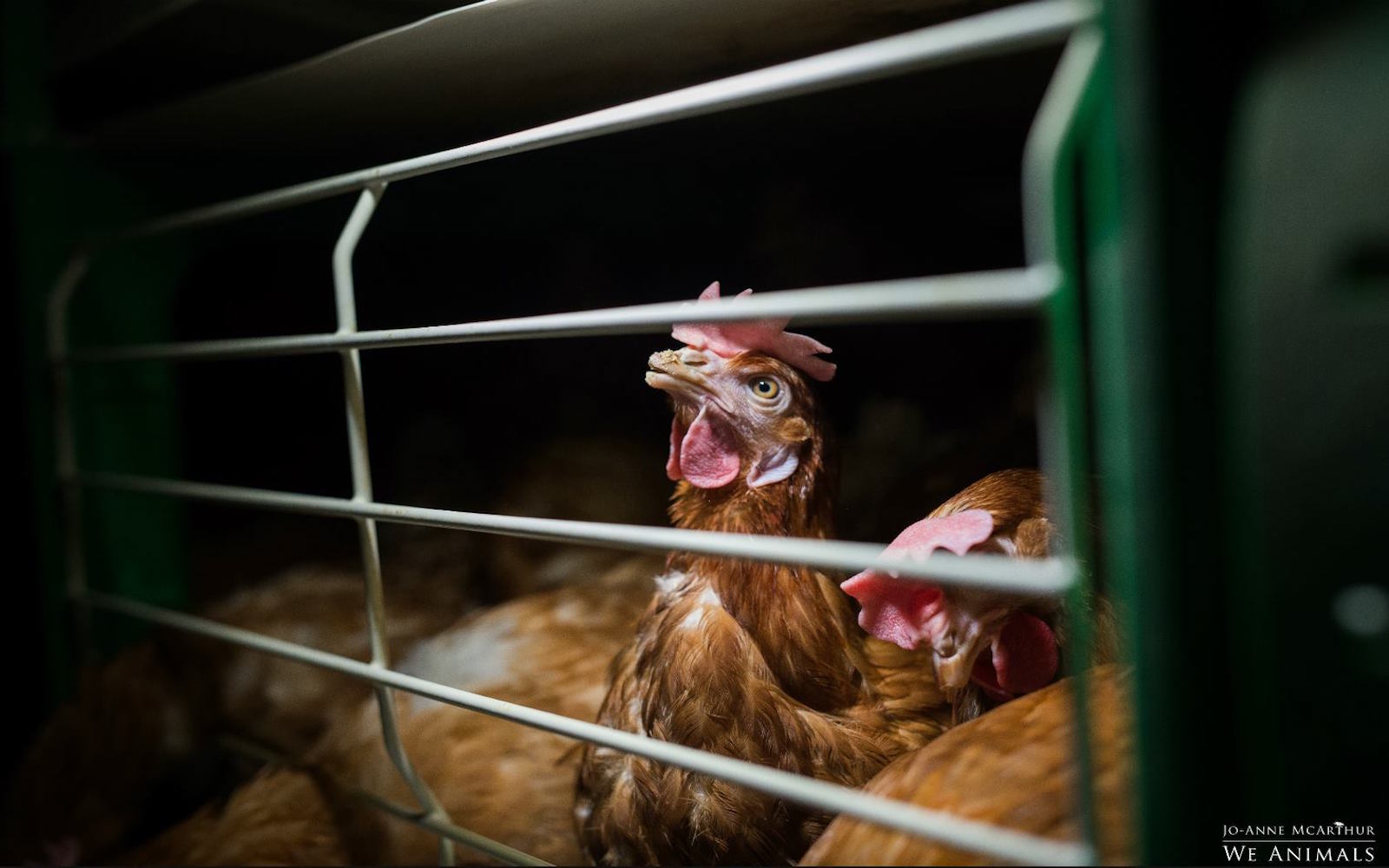 When buying a carton of eggs from the grocery store, many people don’t pause to think about the immense suffering a living creature had to endure in order for those eggs to be produced. But while it may be convenient to ignore it, the unavoidable truth of the matter is that battery hens are sentenced to an abysmal existence in order to feed our society’s appetite for their eggs.

Like other farmed animals, these birds are treated as disposable commodities rather than what they really are — sentient creatures who are highly capable of feeling pain — in the modern animal agriculture industry. With absolutely no concern shown for their well-being, egg-laying hens are shoved into tiny metal cages no larger than a standard piece of paper in groups of five or even 10.

Confined in these wire prisons, which deny them the ability to spread their wings or walk more than a few small steps, the birds spend their short lives being exploited for their eggs. Eventually, once they’ve passed their peak of productivity, they are put out of their misery at the slaughterhouse or through gassing and replaced with fresh, highly productive hens who will soon come to meet the same dark fate once they, too, have been maxed out. And the cycle goes on and on and on.

It’s not difficult to argue that this is a horrific life (if you can even call it that), especially when you add visual evidence to the mix. Just look at this photo of an egg-laying hen trapped in the living hell that is a factory farm operation:

If you look closely, you can see that this poor bird’s beak is cut, and she is crammed together with several other hens. But perhaps the most telling thing about this photo is the pained, hopeless look in her eyes.

In the words of Jo-Anne McArthur, the dedicated animal rights activist and photographer who snapped this shot last year inside a factory farm in Spain, “Spending sixty seconds looking into just one cage in these facilities feels like an eternity – as though not only an entire life was contained in that one minute but that existence was an endless loop of hen after hen after hen, pumping out egg after egg after egg, eating the same, unvaried diet of protein-rich corn and soy meal: every minute of every hour of every day until they’re no use anymore and they’re killed.”

Pretty horrific to imagine, isn’t it? And yet, this is the reality for the countless avian victims of the cruel factory farming industry.

If you agree that this unnecessary cycle of suffering is absolutely sickening, we encourage you to align your diet with your values by swapping out eggs, meat, and dairy for totally humane plant-based proteins. For a wealth of useful information on how to make this transition and the huge animal-saving impact you’ll make by doing so, check out the Eat For The Planet book.