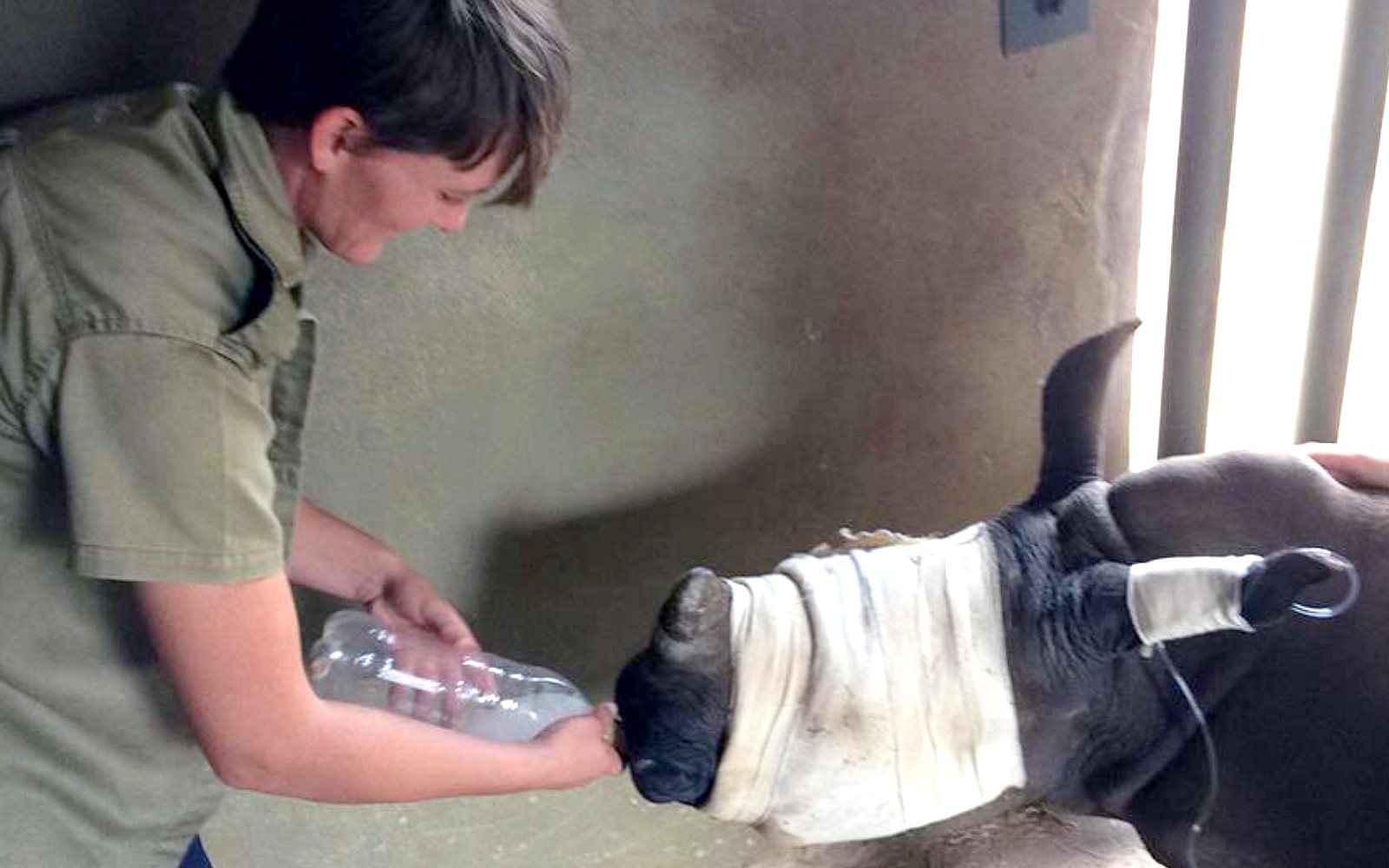 Pilanesberg National Park & Trust recently rescued an orphaned baby rhino who tragically lost her mother. The little calf, now named Mofalodi, is another unfortunate victim of poaching as she stood no chance of survival without her mother. But, fortunately, she was found and is now under the care of The Rhino Orphanage team.

The poor baby rhino was found wandering aimlessly. She was dehydrated and tired and scared after her days alone. 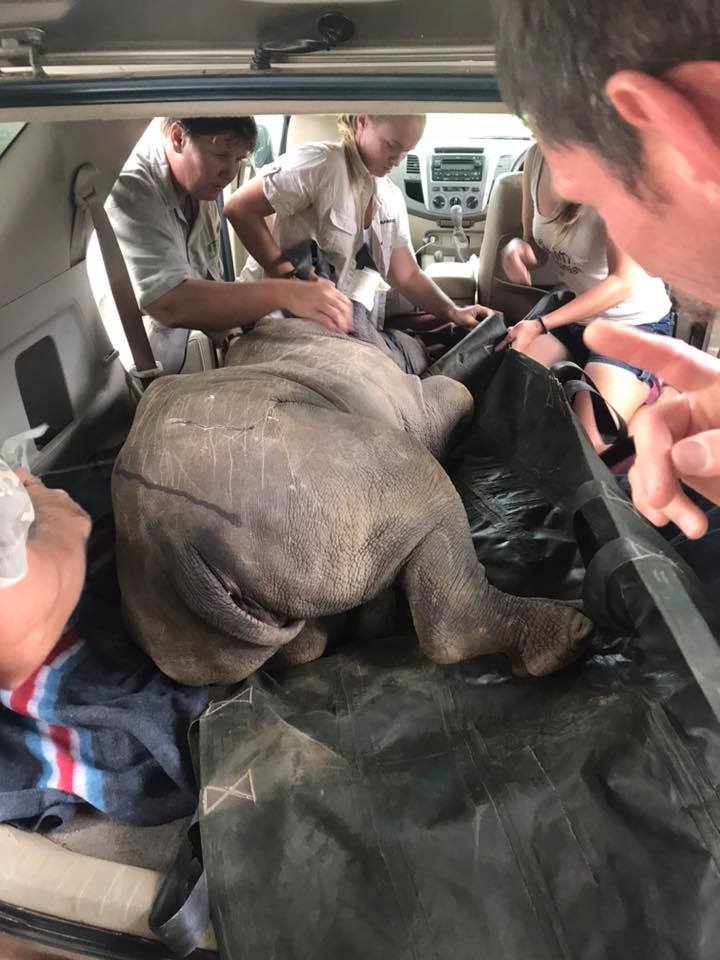 Mofalodi was saved by the team at Pilanesberg National Park & Trust. After rescue, The Rhino Orphanage team was contacted to pick up the poor calf. 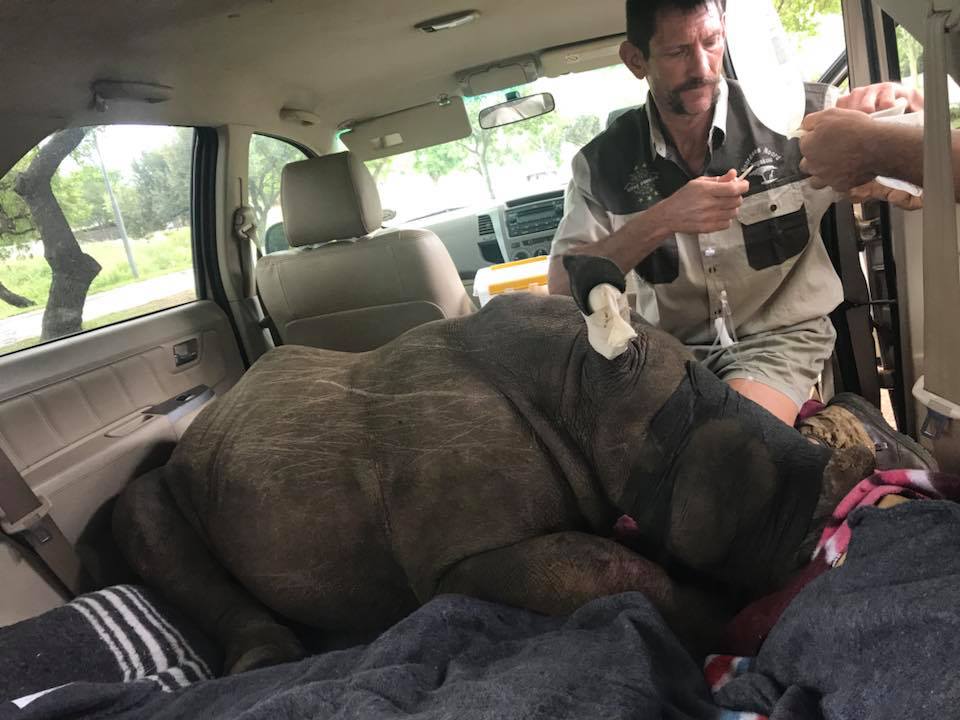 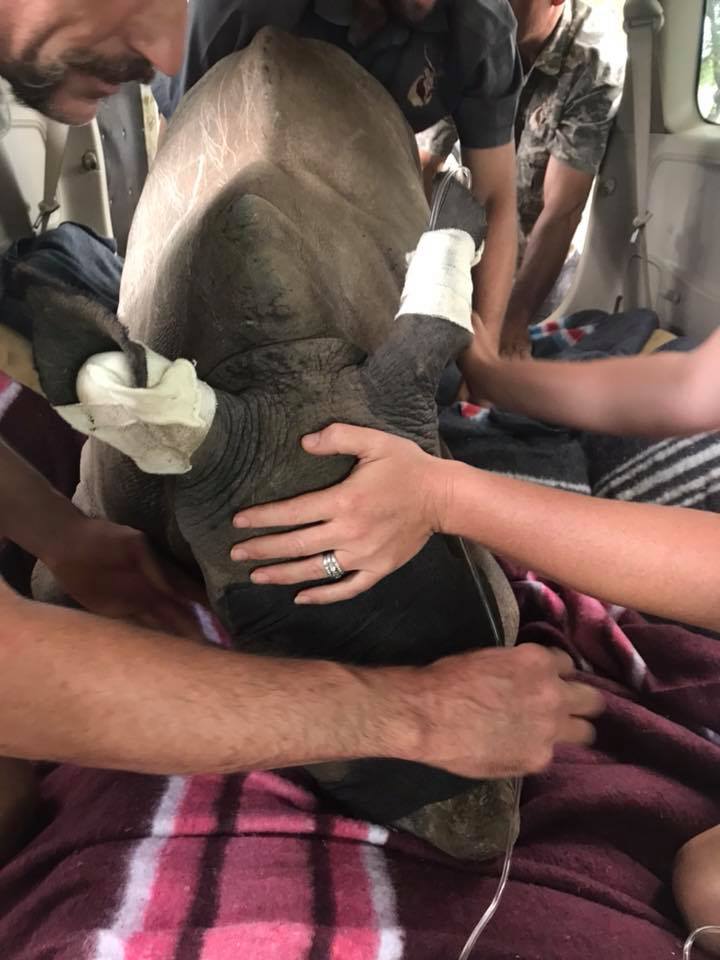 “We blindfold all the babies and plug their ears to minimize stress and keep them calmer,” Mofalodi’s new carers explained. “This also helps to get them on a bottle quicker.” 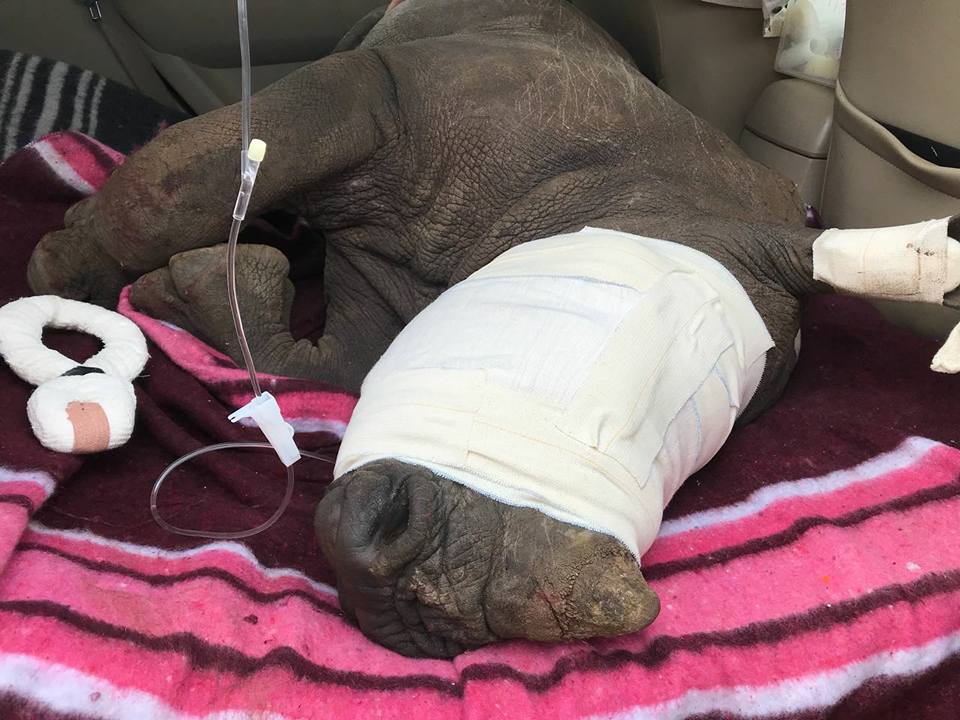 Once with her new carers, she started receiving intravenous fluids – and finally began drinking on her own the next morning. 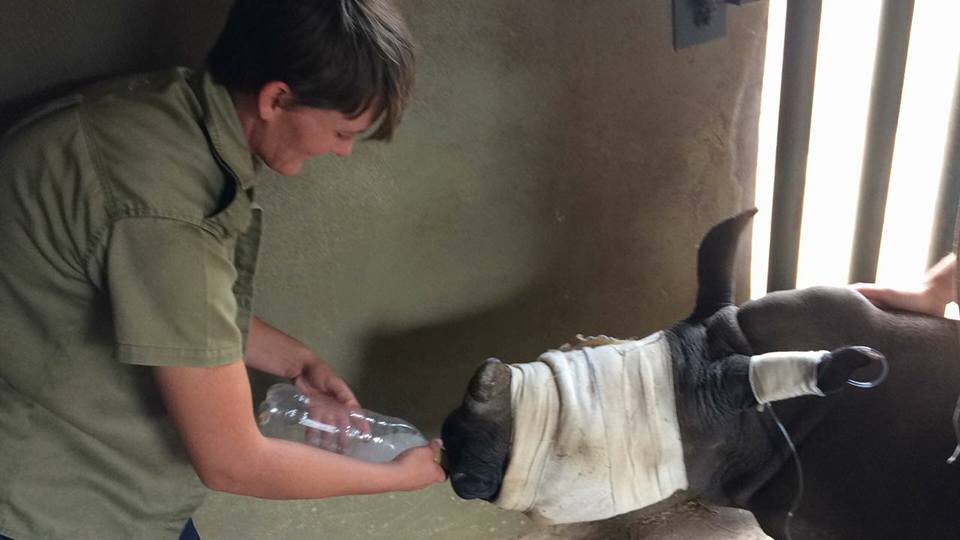 Wildlife poaching is an immense threat to rhinos and the reason why many orphaned calves have to seek haven at specialized rescues. Rhinos are most commonly poached for their horns, which wrongly thought to possess medicinal properties. What many people don’t realize is that rhino horns are made of keratin, the same protein that makes up our own hair and nails. Sadly, thousands of these animals are killed every year for the horns.

Mofalodi is now being overseen at the Orphanage and they’re making sure her progress is going well. Hopefully, soon she will be completely acclimatized in her new home, ready to explore it, and well into her recovery.