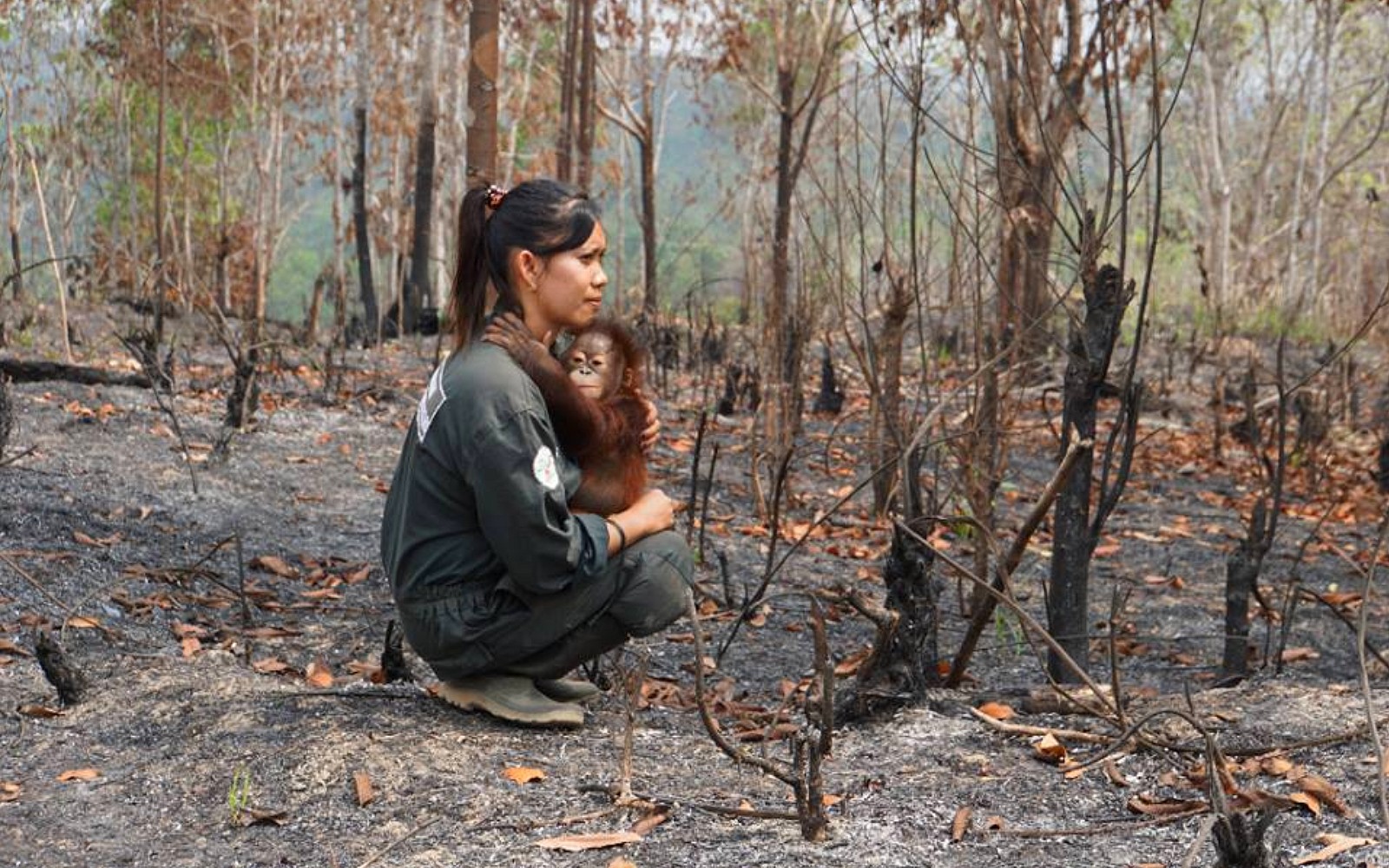 The future for orangutans has long been uncertain and circumstances surrounding this species’ survival is not becoming any less serious as time goes by. The orangutan’s natural habitat, the lush and beautiful rainforests on the Indonesian islands of Borneo and Sumatra, is being quickly destroyed by human activity. The forest area across the islands has declined by over 80 percent in the past two decades and the main culprit is the production of palm oil. While many people aren’t familiar with the name, palm oil can be found in over 50 percent of consumer goods – think shampoo, makeup, and food. This oil is cheap and shelf stable which makes it a key ingredient for major corporations, but it is coming at the cost of the orangutan’s future.

Clearing rainforests to make way for palm plantation has been frequently linked to forest fires, posing an imminent threat to the animals who call these places home. When orangutans flee forests, they are left vulnerable to being killed for encroaching on palm oil plantations or captured and sold into the exotic pet trade.

This heartbreaking image shows a young orangutan who has lost their home and family, clinging to a caretaker who will now be charged with ensuring this little one grows up. 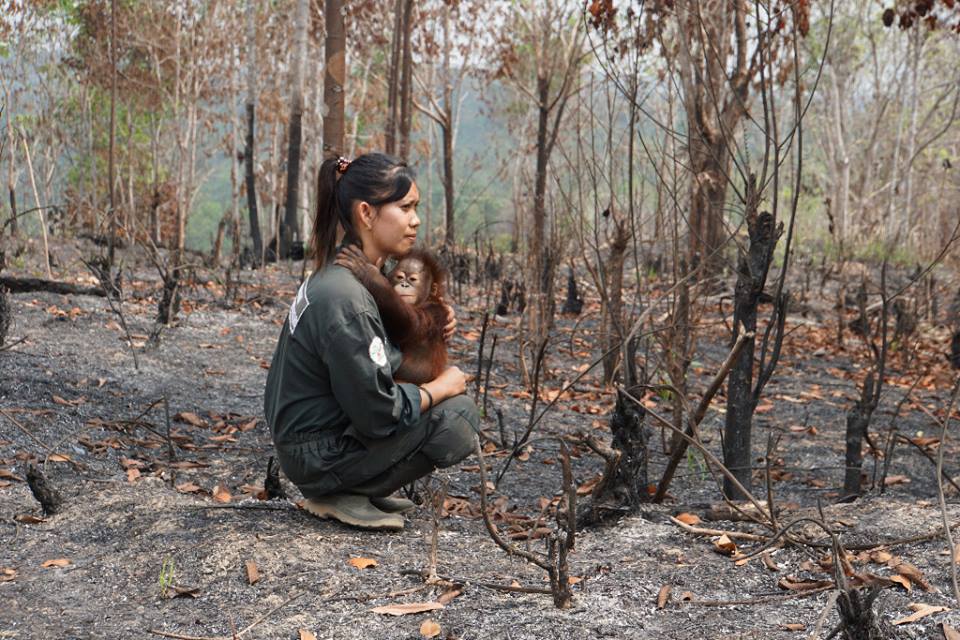 This sobering photo from the organization Save The Orangutan was taken after the catastrophic rainforest fires in Borneo in 2015. These fires were largely attributed to El Niño weather patterns that caused more than 125,000 fires to sweep across Indonesia that fall. As climate change exacerbates the intensity of these unusual temperature oscillations, we can only expect damage done from fires like these to increase. The irony in all this is that by clear-cutting rainforests for palm oil, we’ve released undue amounts of carbon dioxide into the atmosphere, especially in the case of burning peat stores, effectively making palm oil complicit in climate change. Essentially, palm oil is driving increased emissions and lowering the forests’ ability to sequester carbon and mitigate some of the most damaging impacts of climate change, such as intense weather fluctuations. According to the Union of Concerned Scientists, tropical deforestation accounts for about 10 percent of total global warming emissions. In the end, making room for palm plantations not only makes the areas more prone to severely damaging fires but also contributes to the fires coming into being in the first place.

This is a message that is especially relevant in the wake of the new UN Intergovernmental Panel on Climate Change report that found we have 12 years left to reduce carbon emissions by 40 percent if we want to avoid some of the worst environmental disasters.

We’re destroying the environment’s last defense against climate disaster by clear-cutting forests and we’re leading a species that shares over 90 percent of our DNA straight into extinction by continuing to allow the expansion of palm oil. If you are fed up with this cycle of destruction, you can help by removing palm oil from your life today. To learn more about how, click here.

Image source: Save The Orangutan