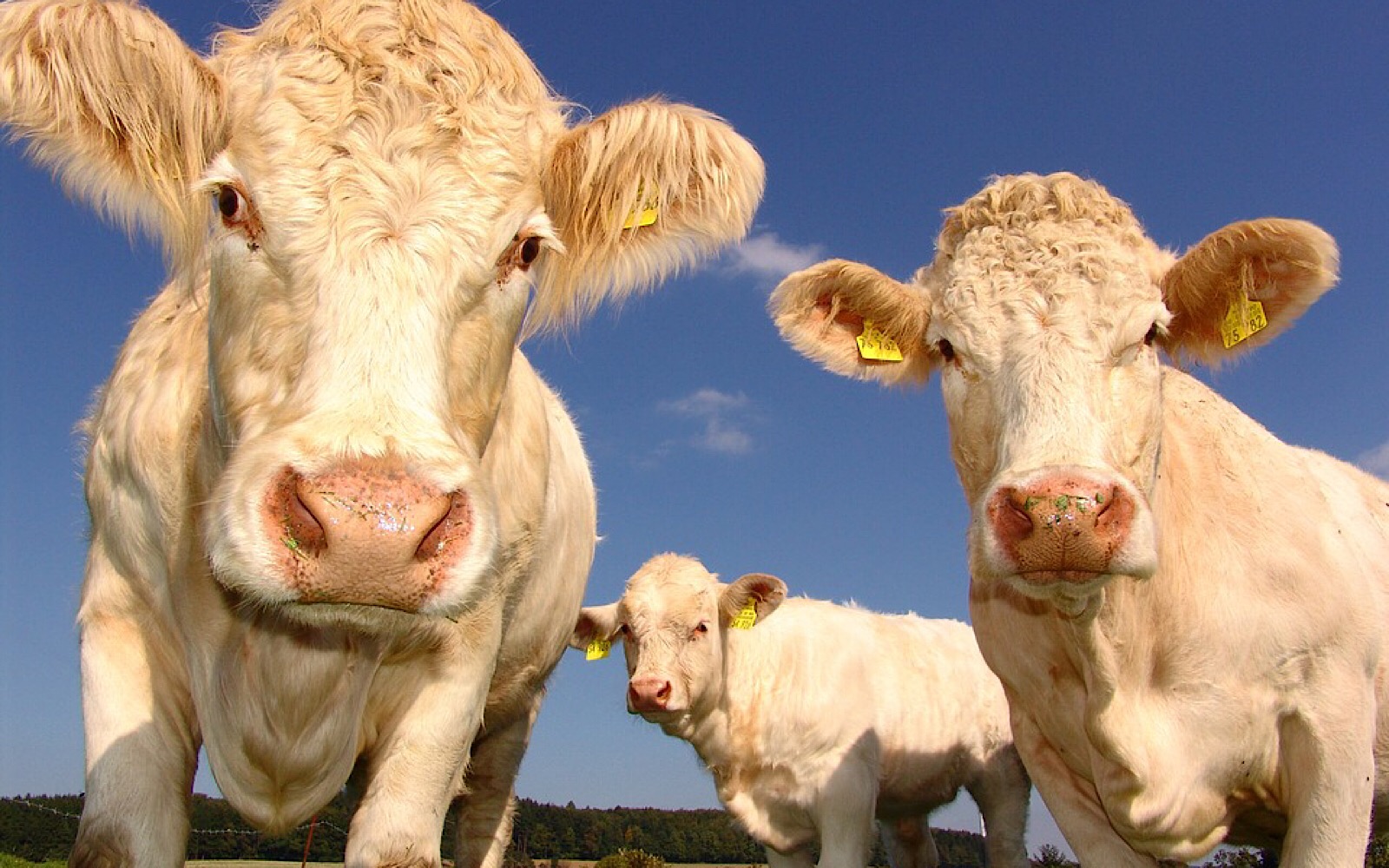 With the world’s overpopulation crisis expected to explode at 9.8 billion by 2050, the industrialized method currently being used to mass-produce meat (which is extremely land and water intensive) will not be able to sustain itself and feed everyone. This notion has been so widely accepted that even meat giants like Tyson and Cargill, as well as wise investors like Bill Gates and Richard Branson, have invested in the production of lab-grown meat, aka “clean meat.” Although made from animal cells, clean meat does not involve raising animals or gruesome slaughterhouses, a bleak reality of our current broken food system that nearly half of Americans support a ban on. Along these same lines, a recent study conducted by Faunalytics has shown that around half of American consumers are accepting of clean meat, would consider replacing it for other meat, and would even pay more for it!

The study revealed that the most effective way to convince consumers to make the switch is by using the argument that industrialized animal agriculture is unnatural (mass production in confined spaces, alarmingly high rates of the use of antibiotics and hormones, etc.). Although the researchers point out that this strategy could possibly create enemies out of possible allies (i.e. investors like Tyson). Of those surveyed, only 20 percent thought current meat production was unnatural, while 49 percent disagreed. However, when given information regarding the unnatural qualities of conventional meat production, 28 percent agreed and just 39 percent disagreed.

Though more research needs to be done on the very new topic of “clean meat,” this study reveals that public opinion is making some great advancements and the future success of the clean meat industry looks bright. Additionally, nearly half of millennials, who are interested in innovative concepts and shaping up to be leaders in the world, as well as starting families of their own, regularly ditch meat for environmental concerns. Considering “clean meat” has a teeny-tiny carbon footprint compared to industrialized animal agriculture, and in general is seen as a pioneering technology that interests people, millennials and their growing families could likely become leading consumers in the future clean meat industry.

To read the report on the study in its entirety, go here.

Want to learn even more about how industrialized animal agriculture is killing the planet and how YOU can help be a positive change with your food choices? Then be sure to check out the Eat for the Planet book!

For more on clean meat and the progress of this new industry, check out this recent episode of the #EatForThePlanet podcast featuring Bruce Friedrich, Executive Director of the Good Food Institute.