A Veggie McDonald’s: Should We Care? 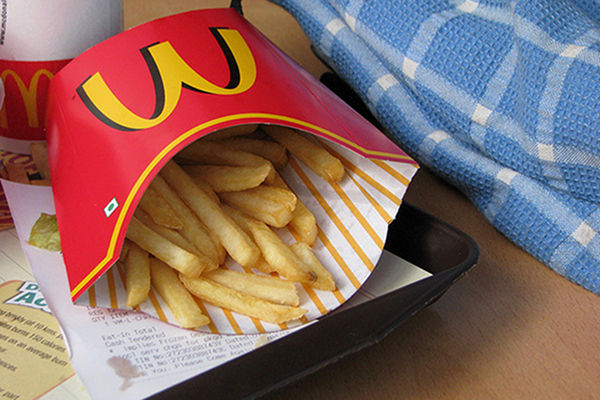 Last week, McDonald’s announced it would open two vegetarian restaurants in northern Indian cities next year. The locations will likely open in Amritsar and Katra, both pilgrimage sites for Hindus and Sikhs.

Catering to the Muslim and Hindu majority in India, the McDonald’s restaurants currently operating in India already do not serve beef or pork. Now, McDonald’s is looking to appeal to the 40 percent of the population that is vegetarian, which amounts to 500 million potential customers.

Offering vegetarian restaurants in India is yet another cultural adjustment McDonald’s has made, along with serving chicken thigh meat in China and hot dogs for breakfast in Japan, reports Seeking Alpha. This cultural adaptability is part of what assures the chain’s continued success.

Although McDonald’s is making a sound business move, is the company moving toward more nutritious menu options or sustainable production practices across the globe?

The fact that McDonald’s is able and willing to respond to cultural norms is a good sign that the company is not stuck in its ways. But could the appearance of a vegetarian McDonald’s in India mean changes to the menu in the U.S.?.

When the city of San Francisco banned toys in Happy Meals in an attempt to get McDonald’s to make their children’s meal healthier, the company responded by simply charging extra for the toy and keeping the nutritional value the same.

Unlike in India, McDonald’s has helped shape American culture, and the U.S. still has enough consumers eagerly purchasing traditional fare at McDonald’s to keep the chain going strong. American consumers will have to drive the changes they’d like to see to McDonald’s’ menu and environmental practices. But is it more effective for consumers to choose the healthier items from McDonald’s or to reject McDonald’s altogether until the company overhauls its practices?