4 Reasons Leather Can Never Be “Sustainable” 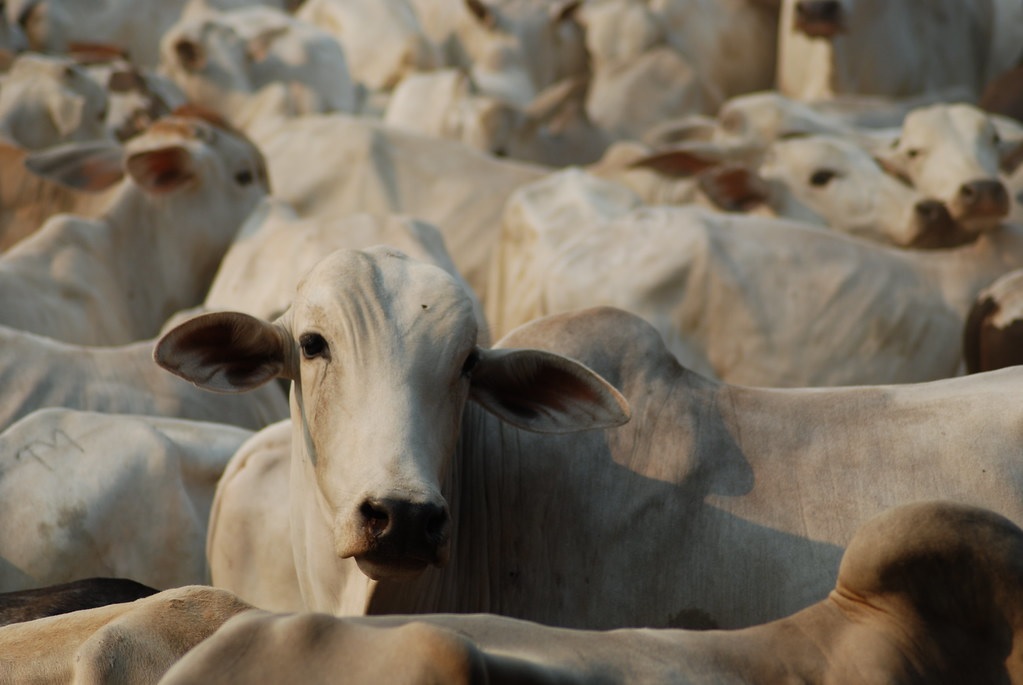 The factory farming industry is facing increased scrutiny and criticism amid the climate and biodiversity crises, due to the damaging impact it’s having on the planet. The organization GRAIN, for example, says that the top five meat and dairy corporations globally are “currently responsible for more annual greenhouse gas emissions than oil companies such as Exxon, Shell and BP.” However, the associated leather industry doesn’t receive quite as much negative attention.

That may partly be because, as Vogue pointed out in 2019, retailers are marketing leather as a “sustainable choice.” The Leather & Hide Council of America (L&HCA), meanwhile, recently released a report, which asserted that leather is a by-product – not a driver – of the meat and dairy industry. The L&HCA president Steve Sothmann said that “one might argue that processing hides into leather delivers a net carbon saving against alternative means of disposal.”

In short, proponents of the industry characterize it as anti-waste and therefore environmentally-friendly to an extent, in our extremely wasteful world. This is, however, far from the whole story. Here are four critical facts about the industry everyone should know in terms of waste.

As the L&HCA report suggests, the skins of cows who are reared for meat and dairy often end up as leather. But leather is a very valuable component of animal agriculture. Statistica has reported that the global market value of the leather industry was around $217bn in 2016. A 2009 Greenpeace report titled Slaughtering the Amazon, meanwhile, documented how large-scale farming of cows in Brazil was fueling deforestation in the Amazon. The report asserted that “the total value of the cattle trade for Brazil was $6.9 billion in 2008, with leather representing more than a quarter of that value.”

As the Guardian reported in 2016, leather is popular in ‘fast fashion‘ products. These are consumer goods that are quick in every sense: speedily designed and manufactured to set or follow trends, fast fashion items often rapidly end up in the bin once the next fad arrives. The Guardian article said that projections suggested that, in order to keep people “in wallets, handbags and shoes” amid the fast fashion frenzy, the annual slaughter of cows globally would have to rise from the 290m at that stage to 430m by 2025.

The 2009 Greenpeace report, which found that the cow industry in the Brazilian Amazon was responsible for the loss of an acre of forest every eight seconds on average, caused a stir. Subsequently, some of the industry’s large processing companies signed up to an agreement – the G4 Cattle Agreement – that, as Greenpeace explained, committed them to ending “the purchase of cattle whose production is linked to Amazon deforestation, slave labour or the illegal occupation of Indigenous lands.” One of those companies was JBS, which the NGO described in a further 2020 report as the world’s “largest producer of beef and chicken and processor of leather.” That subsequent report claimed that, eleven years later, JBS was “still slaughtering the Amazon.”

The company was the subject of a number of allegations regarding its links to deforestation in 2020. JBS has disputed some of the accusations and claimed that it works “closely with national and local government departments to develop solutions and system improvements around supply chain traceability and best agricultural practice to eradicate deforestation. The interests of all stakeholders are aligned on this topic.”

Another 2020 report by the NGO Earthsight showed that deforestation connected to leather products isn’t limited to Brazil either. That report was titled Grand Theft Chaco and linked European car manufacturers to deforestation on land “inhabited by one of the world’s last uncontacted tribes” in Paraguay’s Gran Chaco bioregion. As Fair Planet reported, the precious forests there are home to jaguars and giant anteaters and people are destroying them “faster than any others on earth.”

People don’t make all leather from the skin of adult cows. There are a number of leathers that come from other animals, such as goats and lambs, which sellers often market as a luxury product. Calf leather – another luxury leather – is obviously from cows, but young individuals rather than mature ones. Sentient Media has reported that in order to “access cows’ skin at its absolute youngest”, industry practices include the removal of unborn calves “directly from their mothers’ wombs.” The outlet also asserted that people killed between 100 and 200 dogs each day in China for leather in 2014.

Though these leathers come from animals that people may exploit for other purposes too, such as producing meat, some leather isn’t linked to other industries, it is an industry entirely of its own. That’s the case with so-called exotic leathers. People make these leathers from the skins of other animals, such as reptiles. As Mongabay has pointed out, there is fierce debate over whether this “multi-million dollar industry” is helping or harming the long-term prospects for survival of the animals involved. Some argue that allowing people to trade in their body parts encourages the protection of the involved species, whereas others say the industry may be destabilizing their populations in the wild.

The leather industry produces a lot of waste which can have an adverse effect on the environment and people. This is due to the processes for treating skin to make it usable for products, such as tanning. The most common form of tanning involves chromium. Sentient Media highlights that the treating process involves multiple substances, however, such as “formaldehyde, coal-tar derivatives, and various oils, dyes, and cyanide-based finishes” too. These substances can find their way into the environment via the industry’s liquid and solid waste and end up in waterways or landfills.

The scale of environmental damage involved in leather production varies depending on the laws and standards of the countries where it takes place. Gizmodo reported in 2014, however, that no matter how modernized or carefully managed production facilities are, “it is nearly impossible to reclaim all of the pollutants generated by the tanning process.” It further explained what specific environmental damage those pollutants can cause, highlighting that “when chromium-laced waste is dumped into regional water systems, it can damage fish gills, incite respiratory problems, infections, infertility, and birth defects. It can also instigate a number of serious cancers in animals throughout the food chain.”

Many people, of course, work with these same substances in the tanning process. Exposure to these chemicals can pose a danger to their health too. One study explained that investigators have linked the “exposures within the leather tanning industry” with “the development of a variety of specific cancers including lung, bladder, kidney, pancreatic oral cavity, nasal and soft tissue sarcoma and skin along with dermatitis, ulcers, perforation of the nasal septum, respiratory illnesses.”

In short, those involved in the leather industry often champion it as a sustainable material, that is simply putting a by-product of another industry to use. But that industry, namely the industrial-scale meat and dairy industry, is deeply harmful to the planet. Furthermore, leather is a valuable commodity in its own right, as exotic and luxury leather products illustrate in particular. The leather industry also appears to often leave a trail of waste in its wake, in terms of damage to people and the environment.

These are the considerations consumers need to have in mind when weighing up the industry’s sustainability credentials.