The Basics for Starting an Asparagus Patch 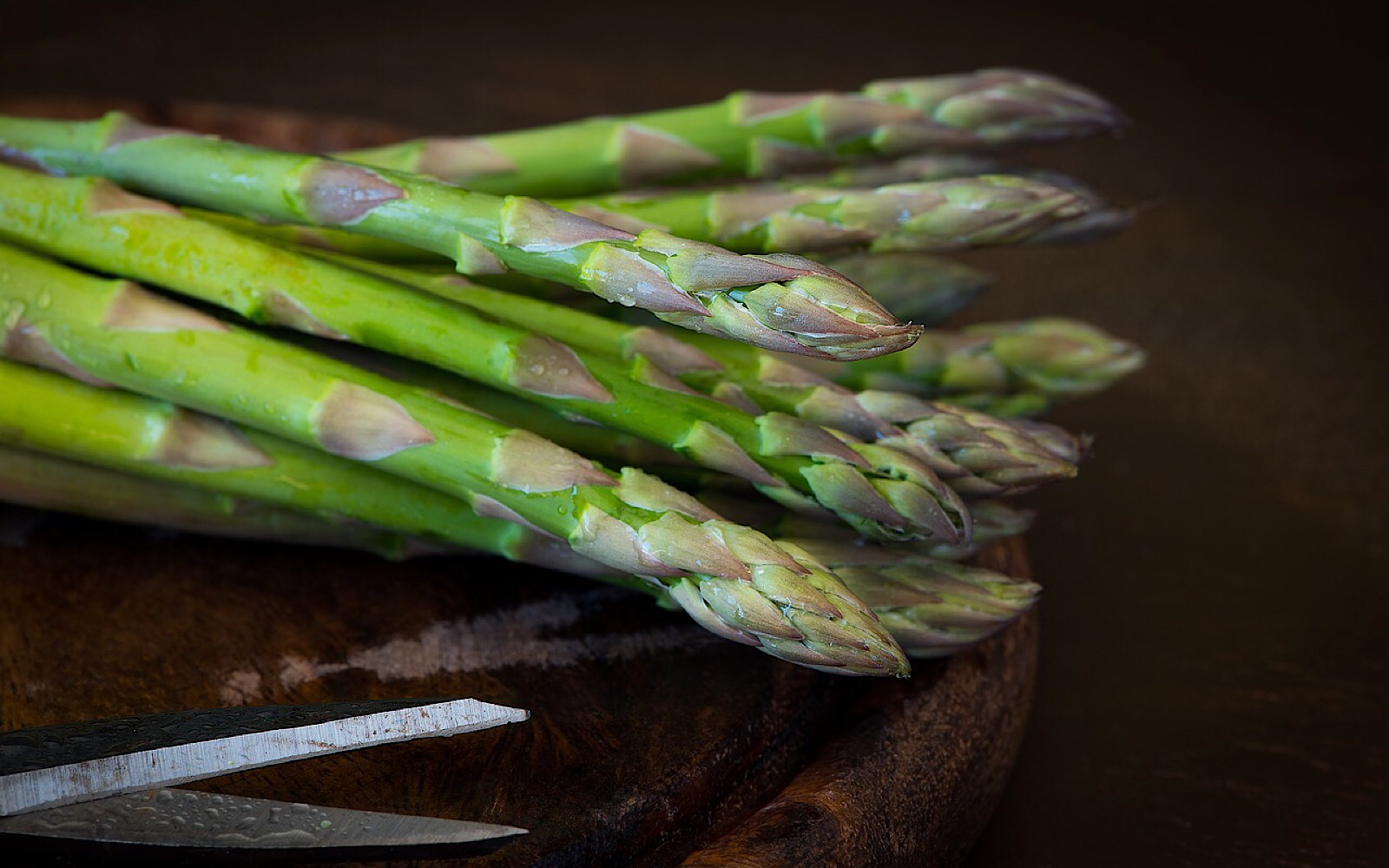 It’s an early spring crop, one that comes in bountifully, as if the harvest knows no bounds, and it departs suddenly, as if it were never there. Amongst vegetables, asparagus is royalty. It’s the fodder we find on fancy dishes, the veggie that hollandaise was more or less invented for, something so luxurious that only the silkiest, creamiest of condiments should touch its stalks. Or, we could just say the asparagus is really delicious.

The thing about being such a well-regarded vegetable is that the price often corresponds. For many of us, dining on asparagus is a luxury we can seldom spring for, and with the primo fresh stuff only available for a small window of time, that means we don’t necessarily get our fill. The answer, then, is easy and obvious — we ought to be growing our own.

Wouldn’t an asparagus patch be a wonderful addition to the backyard?

Asparagus as a Plant 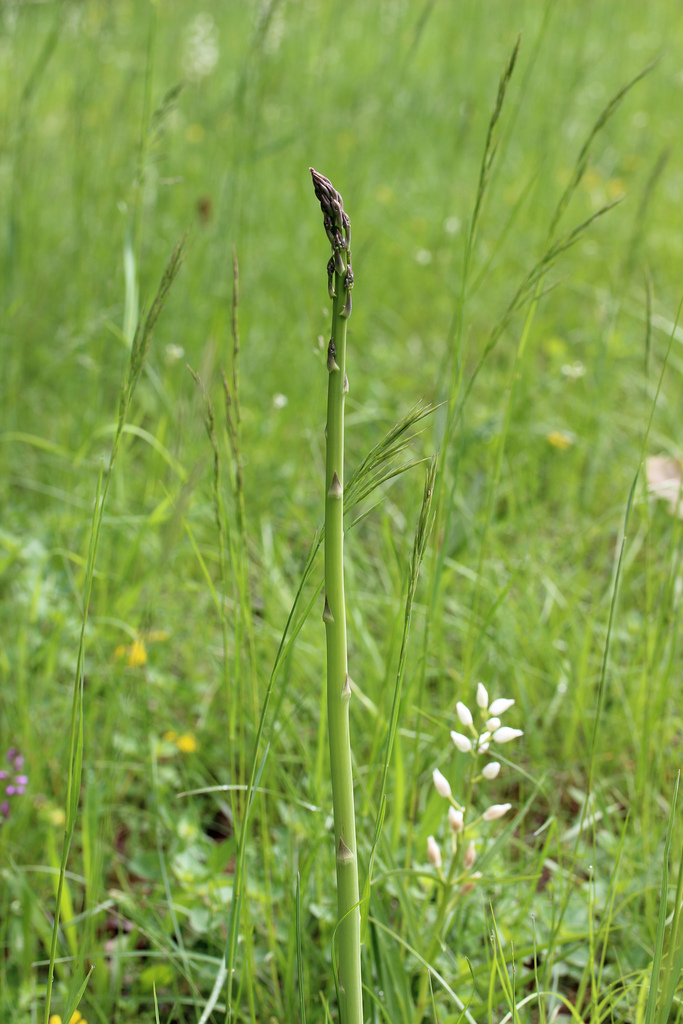 Most of us are familiar with asparagus as small, green spears that come in groups of about half a dozen at the edge of a plate or bundles at the supermarket. In reality, like other vegetables, they start as plants with their own quirky growing requirements and characteristics.

The good news for growers is that asparagus is a perennial plant, meaning that once it is successfully cultivated, it will supply food for years to come. It’s not unusual for an asparagus patch to produce for over 20 years. Also, it grows in a variety of climates, USDA Zone 4 through 9, which entails most of the continental United States. The bad news is that, like many perennials, harvesting in any kind of abundance will take at least three years.

When we eat asparagus, we are actually having young sprouts. That’s why they are so seasonal — the sprouts pop up in the spring and can only be harvested for a set amount of time. Once asparagus gets higher than a foot or so, the stalks start to become fibrous and not so joyous to eat. Also, some stalks need to reach maturity in order to store energy in the root system for the next year, so we have to stop picking them.

A mature asparagus plant stands about five feet tall and stretches about three feet wide, has foliage that resembles dill or fennel, and eventually gets red berries, which contain seeds.

A Bed for Asparagus 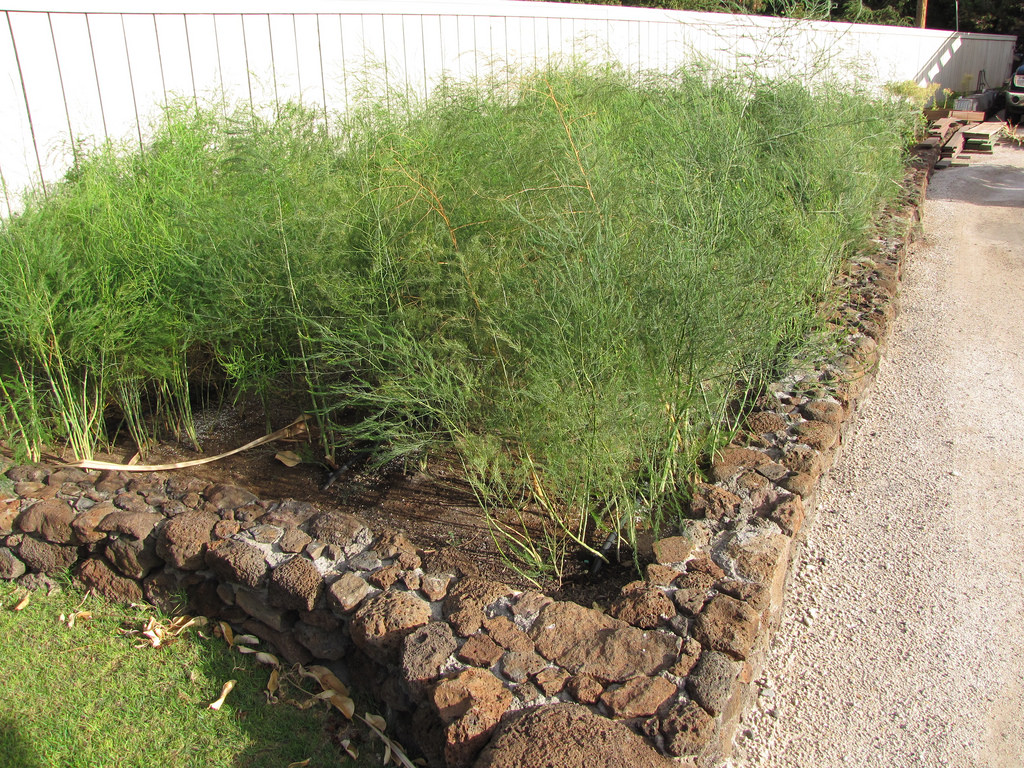 Asparagus is actually fairly easy to grow and relatively low maintenance, but good starting conditions are a huge factor. Patches can’t just pop up anywhere, and the more in-line conditions are with production, the better the success will be. Naturally, asparagus likes swampy spots with plenty of sun, and they grow more robustly in places with true winters.

The key part to making a patch is realizing that asparagus will need plenty of water, especially in the early years, and that it doesn’t like competition from weeds and grasses. Asparagus roots stay shallow, so grasses and weeds will snuff them out. Most people like to put them in raised beds with good, compost-y soil and good drainage, and to snuff out competition, shrewd gardeners cover the bottom of the bed with a layer of cardboard or several layers of newspaper.

Asparagus crowns (We plant crowns here, not seeds. Royalty!) are typically only available in early spring, so the bed needs to be ready when the getting is good.

Most people do early work to set the stage for later success with asparagus. This means amending the soil with plenty of compost and minerals, such as rock phosphate, which helps with establishing strong roots. The trick with asparagus is to help it get established early and it’ll pay off in dividends down the road. Asparagus crowns will need to be set so that the tops of them are about six inches below the surface of the soil and roughly 18 inches apart.

After that, caring for asparagus mainly consists of keeping the weeds at bay and keeping the soil moist. The easiest way to do this is to mulch early and often. Mulch will keep the weeds to a minimum and make those that do appear easier to pull. It will also shield the soil from the sun, and that keeps the space moist. Straw or shredded leaves are great for mulching asparagus patches.

Additionally, it’s important not to dig in asparagus beds because asparagus roots are shallow and can be damaged. 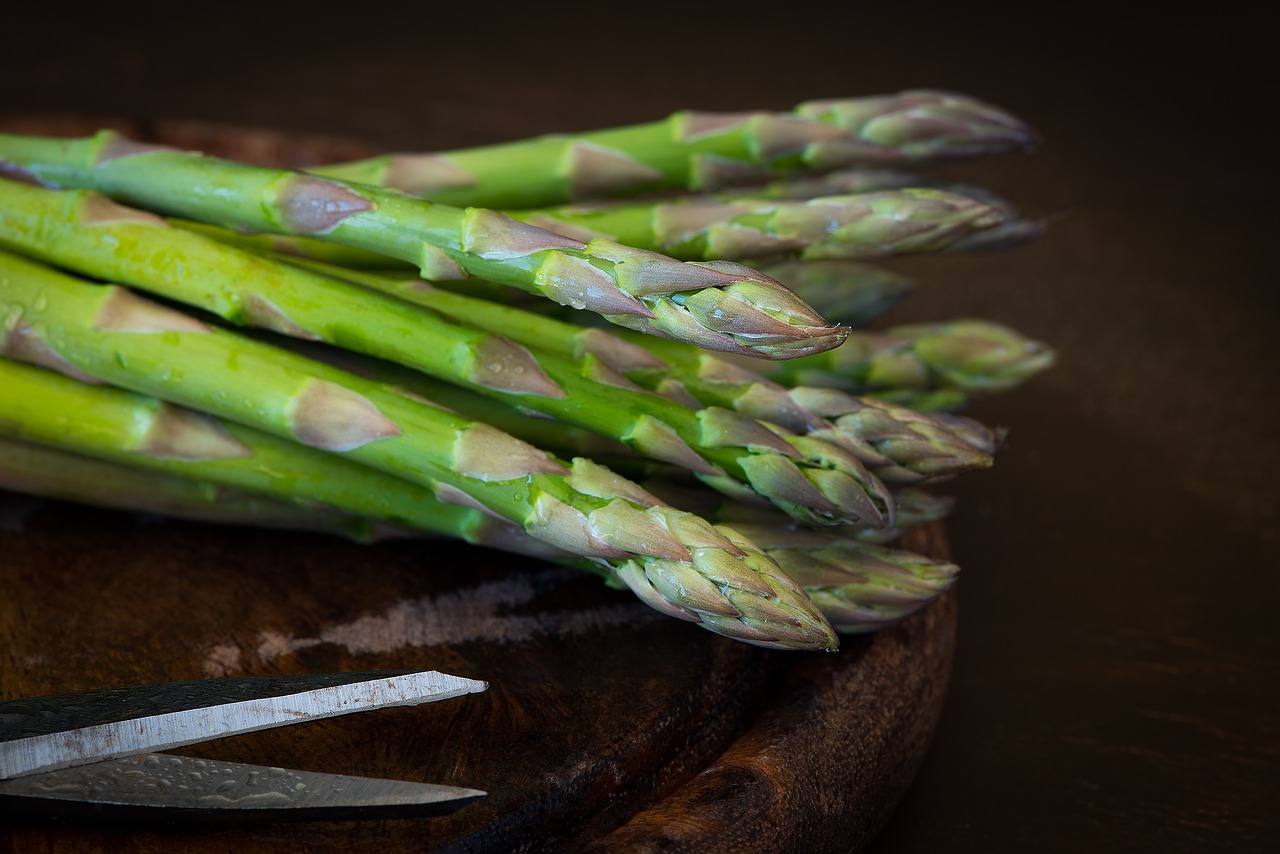 The appropriate way to harvest asparagus is up for debate. Some old timers like to cut the stalks off as low as possible with a knife. Others say that a knife can spread disease, so they like to snap the stalks off as low as possible. Whatever the case, the right time to harvest is when the sprouts are about seven or eight inches. The girth is not an indicator of when to harvest. It’s best to start checking the patch around the last frost date.

It’s crucial to be patient with asparagus in the first few years. There might only be a few spears — if any — to harvest in year one. Year two production should be relegated to only the first couple of weeks of the season, allowing the plants to get large and feed the roots. After that, harvests can last from a month to six weeks, after which time — say, mid-June — the plants must be allowed to grow.

Granted, this is a bit of a wait, but it’s important to keep in mind that the patch will produce for years to come without ever having to sow or nurse the young plants again. In the end, that low maintenance food production is part of what makes starting an asparagus patch so worth it. That, and asparagus is just delish!