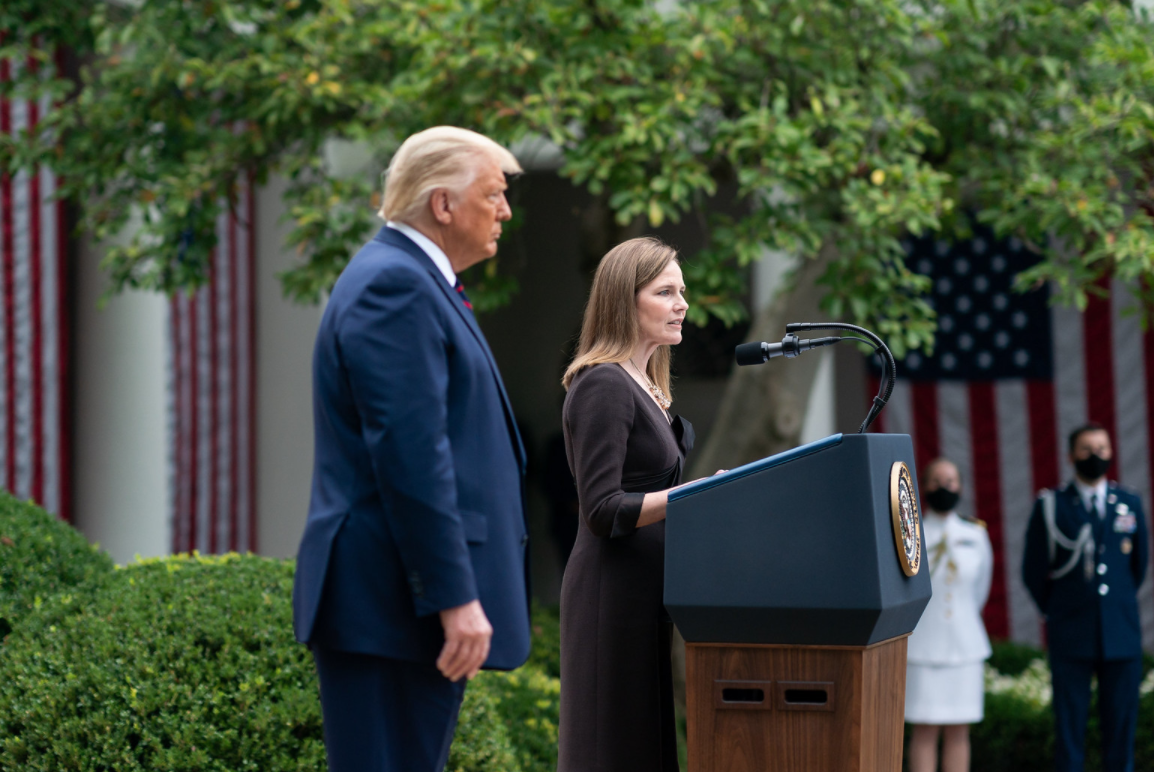 Senator Kamala Harris asked Barrett a series of questions, including whether she thought COVID-19 is infectious, whether smoking causes cancer and whether “climate change is happening and it’s threatening the air we breathe and the water we drink.”

Barrett responded by saying that she thought COVID-19 was infectious and that smoking causes cancer.

However, she refused to express her view on climate change accusing the California Senator of seeking to “elicit an opinion” on a “matter of public policy, especially one that is politically controversial.”

The scientific consensus on climate change is real and well-established.

At least 97 percent of scientists agree that climate change is happening and human activities are to blame.

Yet Barrett believes it is a contentious matter of “public debate” echoing the climate change denial of President Trump and talking points of Republicans who have pushed through Barrett’s nomination despite the precedent set by their own party.

While Barrett believes her opinion on climate change is not relevant to the job, it may surely influence her approach to climate-related cases if confirmed to the Court.

The New York Times’s John Schwartz wrote: “In past decisions, the justices have accepted that human-caused climate change is occurring and determined that the Environmental Protection Agency can regulate greenhouse gases in the case Massachusetts v. E.P.A., but a more conservative Supreme Court might revisit the issue.”

Since taking office, Trump has reversed over 100 environmental protections. Many of his actions have ended up in court and may reach the Supreme Court. If Barrett is confirmed, her rulings will impact the fate of the environment and endanger the fight against climate change.

Throughout the hearings, Barrett has refused to answer questions related to the president’s recent actions including whether she thought separating a child from their parent was morally wrong.

Senator Cory Booker, who asked the question on the separation of immigrant families, responded to Barrett’s non-answer saying “[W]e’re debating things that to me are basic questions of human rights, human decency, and human dignity. I’m sorry that we can’t have a simple affirmation of what I think most Americans would agree on.”

Barrett also refrained from answering Booker’s question on whether the president should commit to a peaceful transfer of power.

Sign this petition to urging no vote on Barrett’s nomination until after the inauguration.