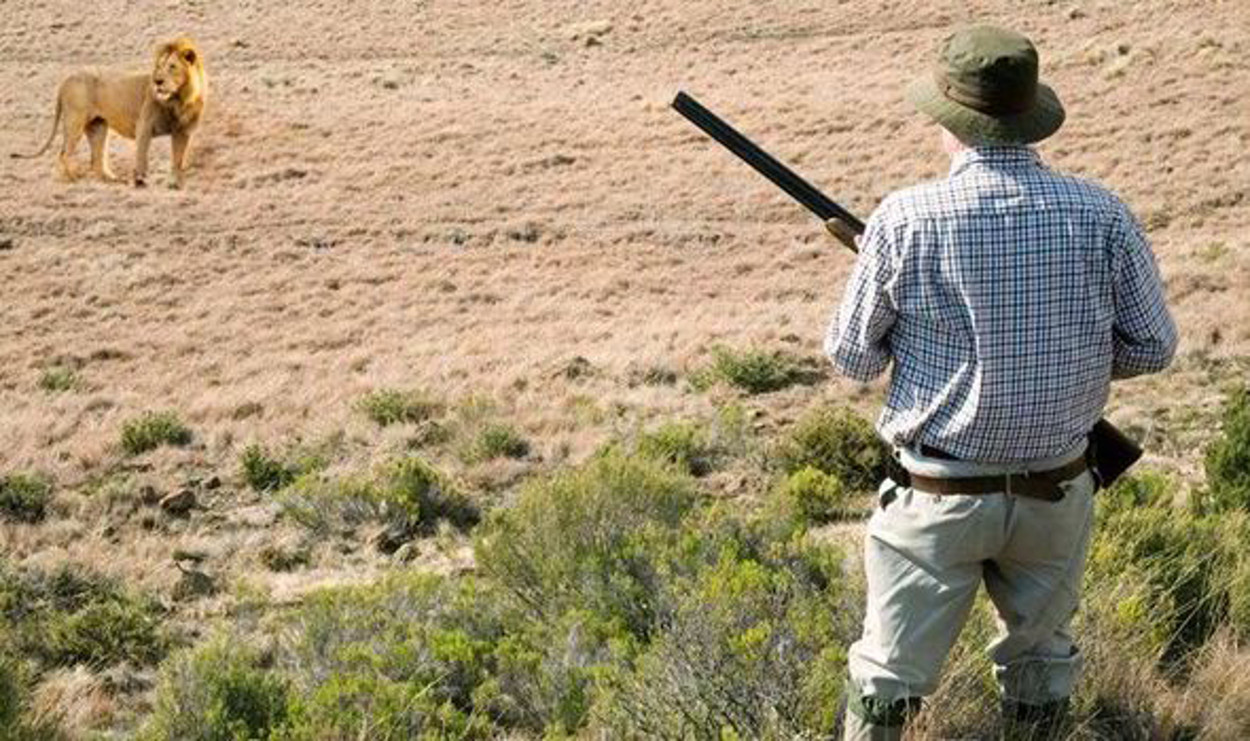 Like many of the world’s animal species, the African lion is endangered. Threatened by habitat loss and rampant poaching, wild numbers of these animals have dipped to an all-time low. In light of the death of Cecil, the lion, the topic of trophy hunting has come to the fore as one of the new major threats to these majestic big cats. While the practice of hunting lions just for the sake of the “trophy” is nothing new, the more recent practice of canned hunting that is rising as a serious threat to the future of these animals.

In a traditional trophy hunt, the hunter typically goes on a long journey tracking the animal, in many cases, trophy hunters could spend up to a month looking for the animal and still walk away empty handed. In canned hunting, a kill is 100 percent guaranteed. The lions used for canned hunting operations are specifically bred to possess characteristics considered “attractive” to hunters – such as long, thick black manes. They will spend their lives breeding to produce more lions for the facilities to which they belong, only to one day be pulled out into an enclosed area and shot at close range by a hunter who has paid specifically to kill them. There is nothing “fair” about this sort of hunt, although it could be argued that no hunt is fair … unless the animals themselves are armed.

Since the 1980s, the population of African lions has dropped from 100,000 individuals all the way to 20,000. And while the wild numbers of lions are decreasing, the number of captive-bred lions used for canned hunts has only increased.

In South Africa, there are about 200 breeding facilities which account for the captivity of nearly 8,000 predators. It is thought that approximately 1,000 of these animals are lions. According to people behind the documentary “Blood Lions,” facilities that breed captive lions claim that these breeding farms take pressure off of wild predator populations – but there is little to no evidence that this is the case. In addition, any claims that these captive bred lion populations benefit conservation efforts are also false. The lions kept in these facilities have been inbred over generations, meaning that if their genes were mixed into wild prides, it could have a devastating impact on the survival of the species.

Not to mention, captive breeding of these predators does not just end with canned hunting. Breeding these wild animals also contributes to other markets including the lion bone trade. It is estimated that 1,000 lions are killed every year for the bone trade and that medicinal claims behind those seeking out lion bones are unfounded. Breeding programs also privately sell some of their animals to zoos.

With wild lion populations on the decline, this is what the future for lions could look like:

If we don’t act on this issue, and soon, there could be as many as 12,000 large predators bred in captivity by 2020. There are many, many ways to get involved with the campaign to end canned hunting:

Lions live in family units and are the only big cat species known to do so. They should be allowed to live wild, free, and with their families. Lions like all animals deserve respect and are not the property of humans. People should care for and support this species through true conservation efforts, such as ending trophy hunting and ending canned hunting. With the support of concerned citizens like you, it is possible!