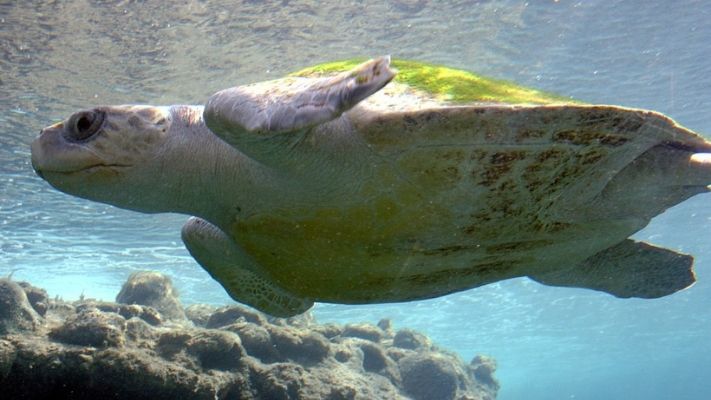 A record number of sea turtle eggs have hatched this year in the Sonora region of Mexico. The development is being attributed to reduced human activity during the ongoing global pandemic as well as the continuing efforts of local conservationists.

More than 2,250 Olive Ridley sea turtle hatchlings were released on Mancha Blanca Beach by Indigenous conservation group, Tortugueros del Desemboque. The group normally only releases 500-1000 hatchlings per year. They are calling the development a “miracle of nature.”

“This year has been one of the hardest for our community. The pandemic brought sickness and death to our people and complicated the economic situation here,” said group coordinator Mayra Estrella Astorga to Arizona Public Media. “And that’s why we are so happy that, in the middle of this tragedy this miracle of nature happened as a result of fewer fishing boats and tourists. But also through the efforts of the community.”

Olive Ridley sea turtles are the most abundant of any sea turtle species. Their population is considered particularly at risk due to the decline in nesting habitat, however. The International Union for Conservation of Nature and Natural Resources Red List states that the species’ population has been reduced by 30-50%  in recent decades. The overall population is listed as vulnerable, but Mexico’s Pacific coast breeding populations are listed as endangered.

Olive Ridley sea turtles are rather particular regarding nesting and laying eggs. Females will typically return to the same beach where they hatched to lay their own eggs. This means that destruction to one particular nesting area can have dramatic effects on the overall population. Olive Ridley sea turtle populations are also threatened by poachers, collisions with boats, and as bycatch in fishing gear.

Human activity near nesting areas also negatively impacts the ability of the species to reproduce. This year, however, the global pandemic has reduced such activity in places like Mancha Blanca Beach outside of the Mexican town of El Desemboque. With fewer tourists and fishing operations, this season’s hatchings have hit record high numbers.

“You could say this has been the worst year of my life, and in another way the best,” said Astorga, who fell sick with the coronavirus earlier this year.

“This is the work I love to do, and it was a great success this year,” she continued.

Sign this petition to save endangered turtles from poachers.