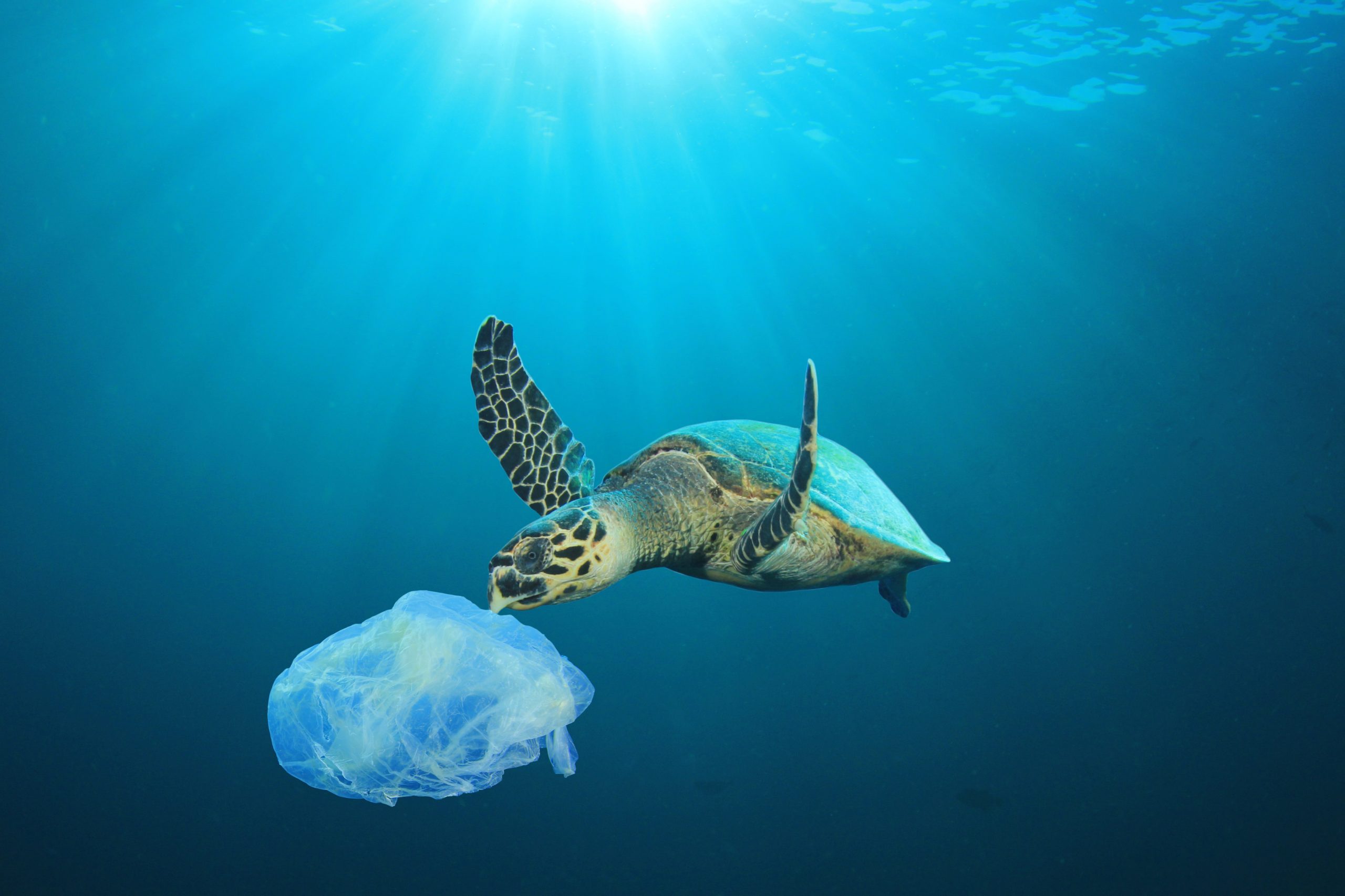 Two scientists, David Duffy and Catherine Eastman, at the Whitney Laboratory for Marine Bioscience and Sea Turtle Hospital at the University of Florida, wrote an article on EcoWatch about the ubiquity of plastic in the oceans and the harm it brings to sea turtles.

Turtles face a variety of threats, including conservation or climate change, but plastic is a critical threat to turtle populations and habits. In a recently published article, Duffy and Eastman expose the danger of plastic to turtles. “However, it’s becoming increasingly hard to ignore evidence that plastic pollution poses a growing, hidden threat to the health of endangered sea turtles, particularly our youngest patients. In a newly published study, we describe how we examined 42 post-hatchling loggerhead sea turtles that stranded on beaches in Northeast Florida. We found that almost all of them had ingested plastic in large quantities,” they wrote in EcoWatch.

Plastic collects in oceans at enormous rates. 29 million tons of plastic is expected to be in the ocean by 2040, up from 11 million tons annually that are in the ocean now. As this plastic breaks into smaller parts called microplastics, it becomes increasingly inviting to sea turtles.

Sea turtles mistake floating bags or balloons for jellyfish. Turtles will eat plastic thinking its food. The authors wrote in EcoWatch, “We examined 42 dead washbacks, and found that 39 of them, or 93%, had ingested plastic – often in startling quantities. A majority of it was hard fragments, most commonly colored white. One turtle that weighed 48 grams or 1.6 ounces – roughly equivalent to 16 pennies– had ingested 287 plastic pieces. Another hatchling that weighed just 27 grams, or less than one ounce, had ingested 119 separate pieces of plastic that totaled 1.23% of its body weight. The smallest turtle in our study, with a shell just 4.6 centimeters (1.8 inches) long, had ingested a piece of plastic one-fourth the length of its shell.”

Sign this petition to ban the use of plastic shopping bags to help save sea turtles!

Read more One Green Planet news about plastic and marine life, including Birds Living on an Island 2,000 Miles From People Are Dying From Our Plastic Pollution (VIDEO), Baby Sea Turtle Found Dead After Eating Plastic and Sea Gull Population Greatly Affected Due to Ingesting Plastic Rubber Bands Mistaken for Worms.