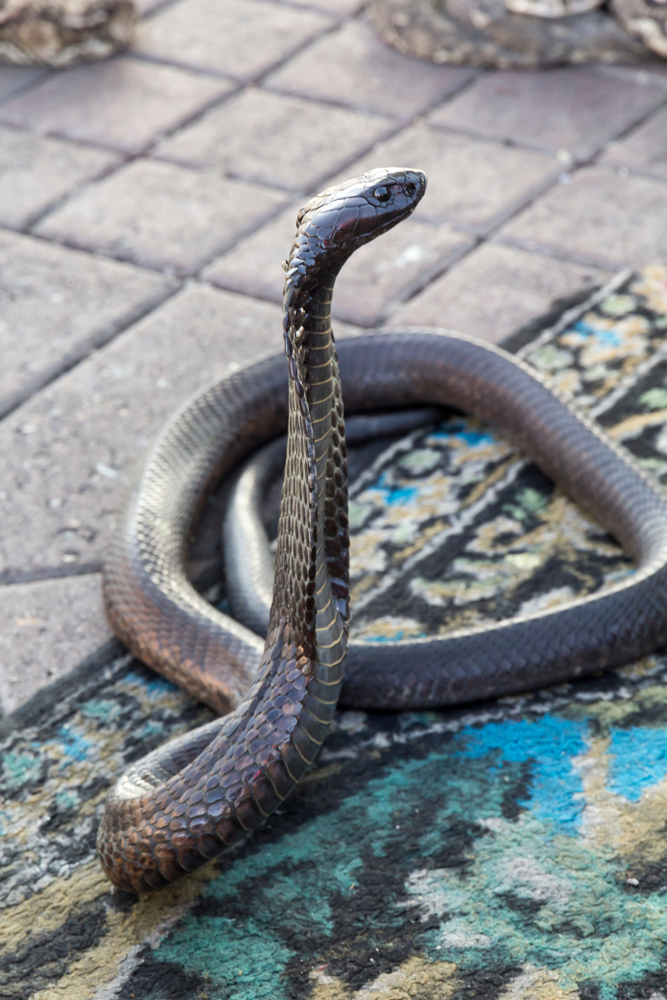 A video of a snake throwing up a plastic bottle in India has gone viral. Posted by Indian Forest Service official Praveen Kaswan, the video is yet another example of the the horror that plastic is causing wildlife.

The clip, shared on Twitter, shows a cobra throwing up a plastic bottle. In the tweet, Kaswan shared, “When it comes to #plastic there is nothing called as throwing away. See how single use plastic like bottles effecting the wildlife & other species.” He added that ” It’s a cobra. It is able to throw it back. Other animals can’t do that. They will die in pain.”

When it comes to #plastic there is nothing called as throwing away. See how single use plastic like bottles effecting the wildlife & other species. Video may disturb you. pic.twitter.com/swnxAjbyCx

Plastic has become a pervasive problem across the world, with many animals being affected by its ubiquity. A cow in India was found with 115 pounds of plastic in its belly. The cow survived, unlike the deer in Thailand that was found dead after it had consumed an excess amount of plastic. The photos of polar bears playing with plastic went viral after a wildlife photographer captured it. And this whale was found off the coast of Scotland, dead with excess amounts of plastic inside its belly.

India and its citizens have been working hard to reduce plastic pollution across the country. President Modi was caught on camera picking up trash to create plastic awareness. A village in India was trading rice for plastic trash with citizen participating. The country has been working to ban all single-use plastic by 2022.

To call for action on plastic pollution and save marine animals, sign this petition!

For more Animal, Earth, Life, Vegan Food, Health, and Recipe content published daily, subscribe to the One Green Planet Newsletter! Also, don’t forget to download the Food Monster App  — with over 15,000 delicious recipes it is the largest plant-based recipe resource to help reduce your environmental footprint, save animals and get healthy!