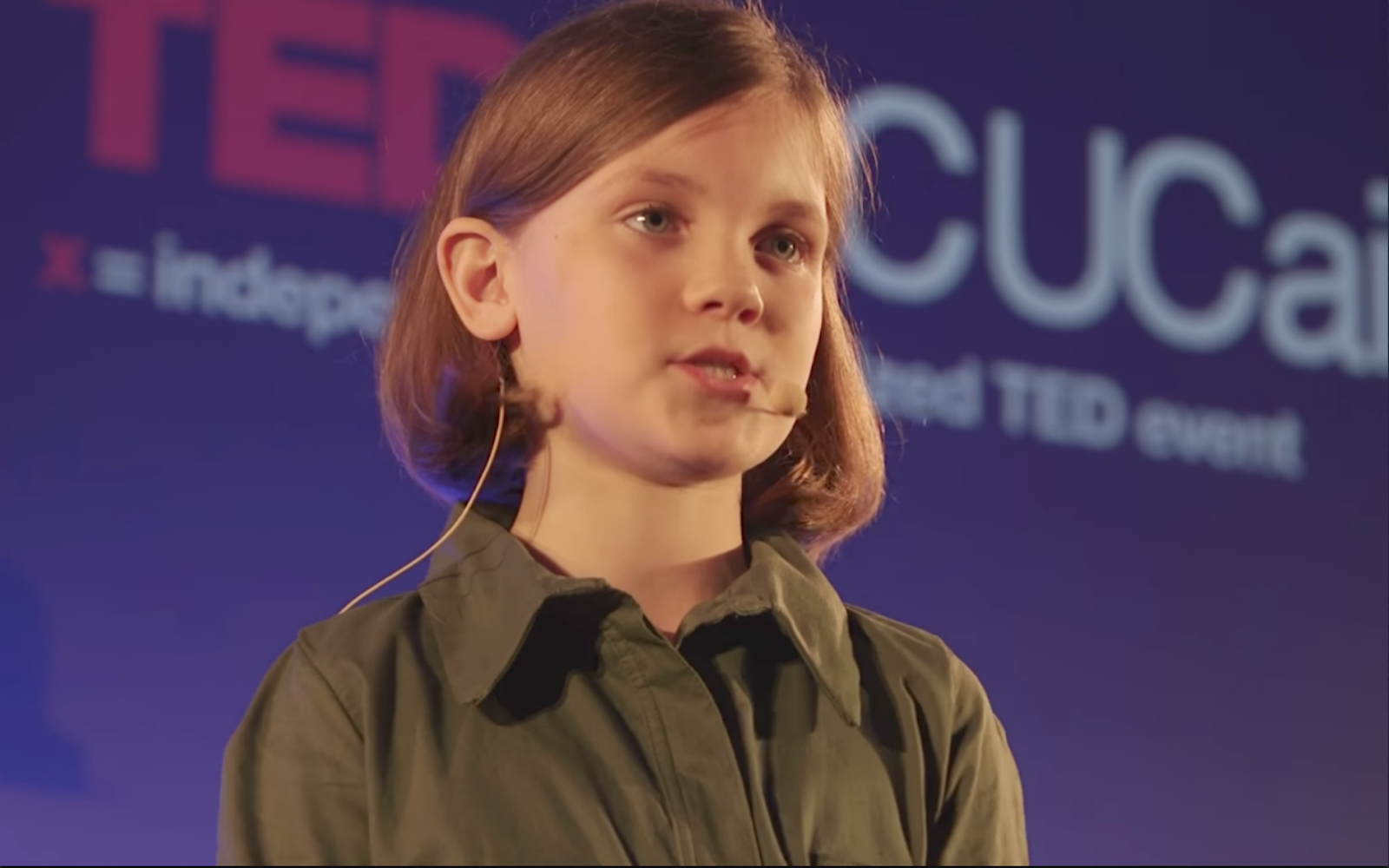 It may not make for pleasant dinner conversation, but it’s a topic that needs to be discussed: our plastic problem is now becoming a full-blown environmental crisis. Plastic is one of the greatest threats to our oceans and we desperately need to rethink every single aspect of how much waste we produce and how we deal with it.

Scientists have just confirmed that there is another huge plastic garbage patch in the Pacific Ocean. And it is bigger than Texas. Every year, we produce 300 million tons of plastic and around 8.8 million tons of it gets dumped in the oceans, threatening countless animals, many of which are on the verge of extinction as a result.

Many dedicated activists are working tirelessly to combat plastic pollution and not just adults — young adults have been joining the fight as well! Melati and Isabel Wijsen, two teenage sisters from Bali, have managed to convince Bali to ban plastic bags by 2018. There’s also the awesome 17-year-old Danielle Rothchild who is collecting plastic bread tags to raise money for people in wheelchairs. Not to mention, 14-year-old Hannah Testa, who created a Plastic Pollution Awareness Day.

And now we have another rock star young adult to add to the ever-growing list of those helping to fight plastic pollution. Meet nine-year-old Molly Steer.

Molly’s fight against plastic pollution started when she saw the documentary, A Plastic Ocean, with her mother Julianne.

“[The documentary] was saying how much rubbish is in our ocean and how many animals it kills every day. It made me realize I need to do something,” Molly told ABC.

So, Molly did something. She stopped using single-use straws herself, and from there, encouraged her classmates to do the same. The project steamrolled into the campaign, Straw No More Project, a campaign that focuses on urging people to stop using single-use straws to help save Australia’s Great Barrier Reef. Scientists estimate that the Great Barrier Reef will reach a point of unalterable damage by 2030 if we don’t take action.

The Straw No More Project has been received with applause. Sixteen schools across Australia have already taken the pledge. 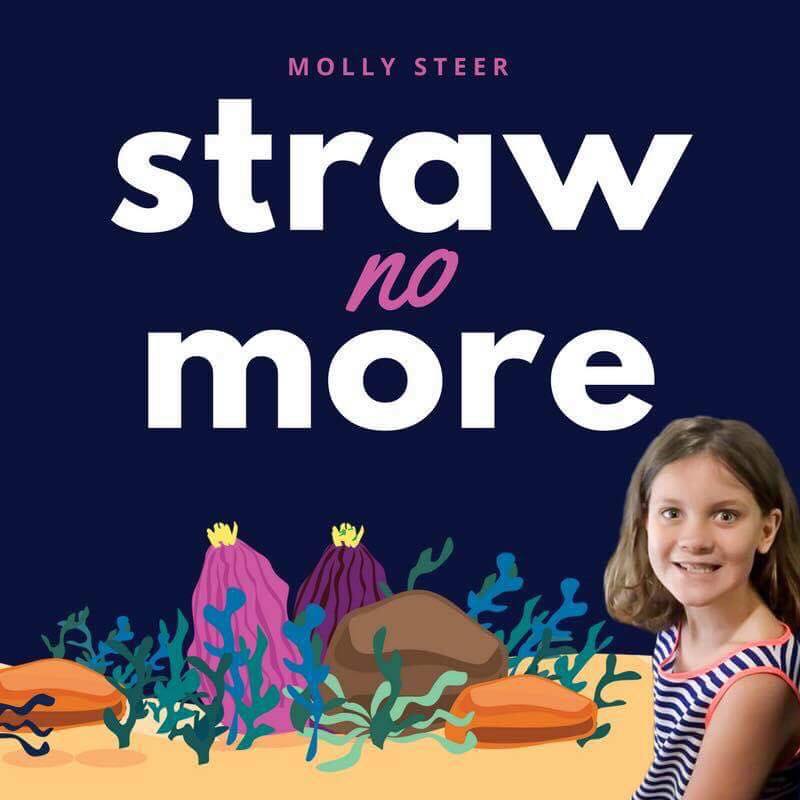 At just nine years old, Molly has given talks about our plastic pollution crisis in such impressive venues as the James Cook University Sustainability Club. 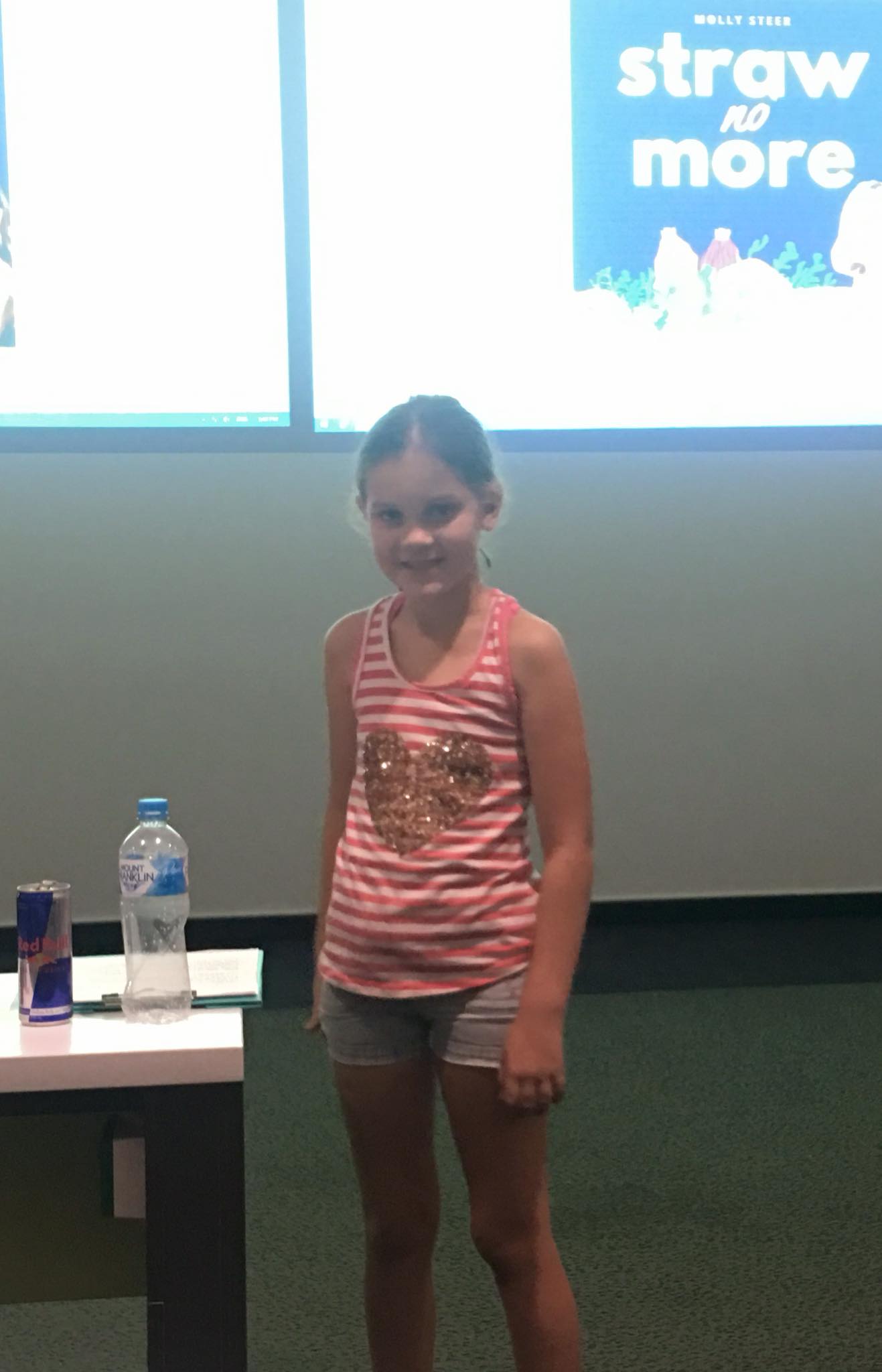 Molly’s efforts have even garnered worldwide attention. For those who still need a push to stop using single-use plastic straws, Molly joked, “Don’t use straws or else I will hunt you down,” to ABC Australia. 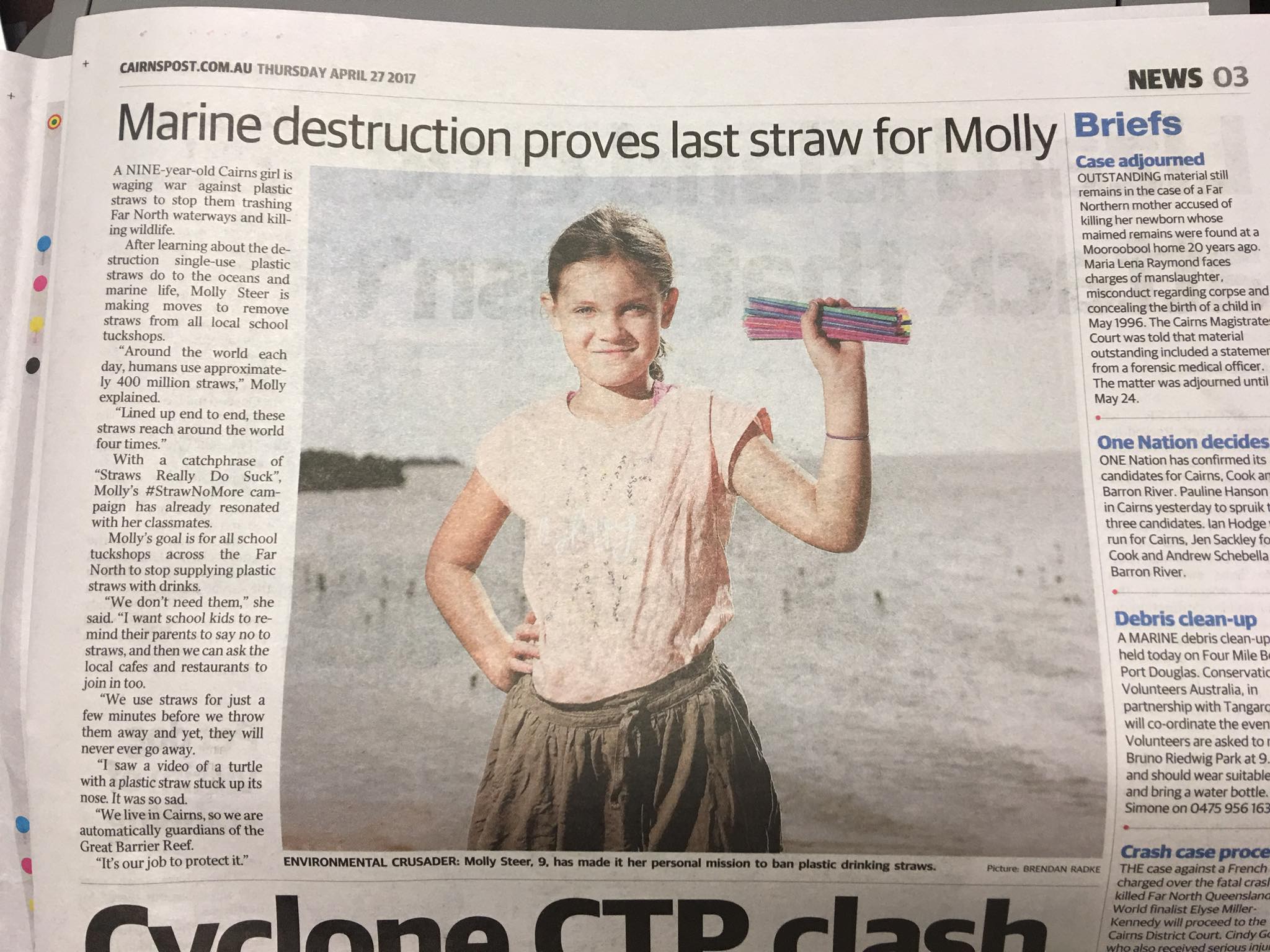 The dedicated activist has even taken her message to TEDx, delivering a powerful speech on why it’s essential we ditch straws to save our precious oceans.

Molly has a Facebook page for her Straw No More Project, where you can follow along with the campaign. Be sure to give the page a “like” to show your support for her mission!

You Can Help, Too

Plastic straws are among the most ubiquitous single-use items and the quantity we throw away, on a daily basis, is unbelievable. Every single day, we produce 500 million straws and most of them end up in the trash and then move on to pollute our planet and harm wildlife. We’ve seen instances of this from the viral video that shows a sea turtle having a straw removed from its nose, a both painful and totally preventable incident.

The easiest way to eliminate the huge volume of straws in the oceans is to simply stop using single-use plastics. Please opt for alternative products. Almost all grocery stores will carry some brand of straws that are washing machine-safe and reusable. Other companies also use bamboo, glass, metal, and even plant-based materials to create their products.

If we all make an effort to identify where we use plastic and actively look for alternatives, we can drastically cut down on the amount of plastic pollution that finds its way into the oceans.  As the leading organization at the forefront of the conscious consumerism movement, One Green Planet believes that reducing everyday plastics from our lives is not about giving up anything or sacrificing convenience, but rather learning to reap the maximum benefit from the items you use every day while having minimum impact.