Meet the Incredible Teen Who Created a Plastic Pollution Awareness Day to Inspire the World! 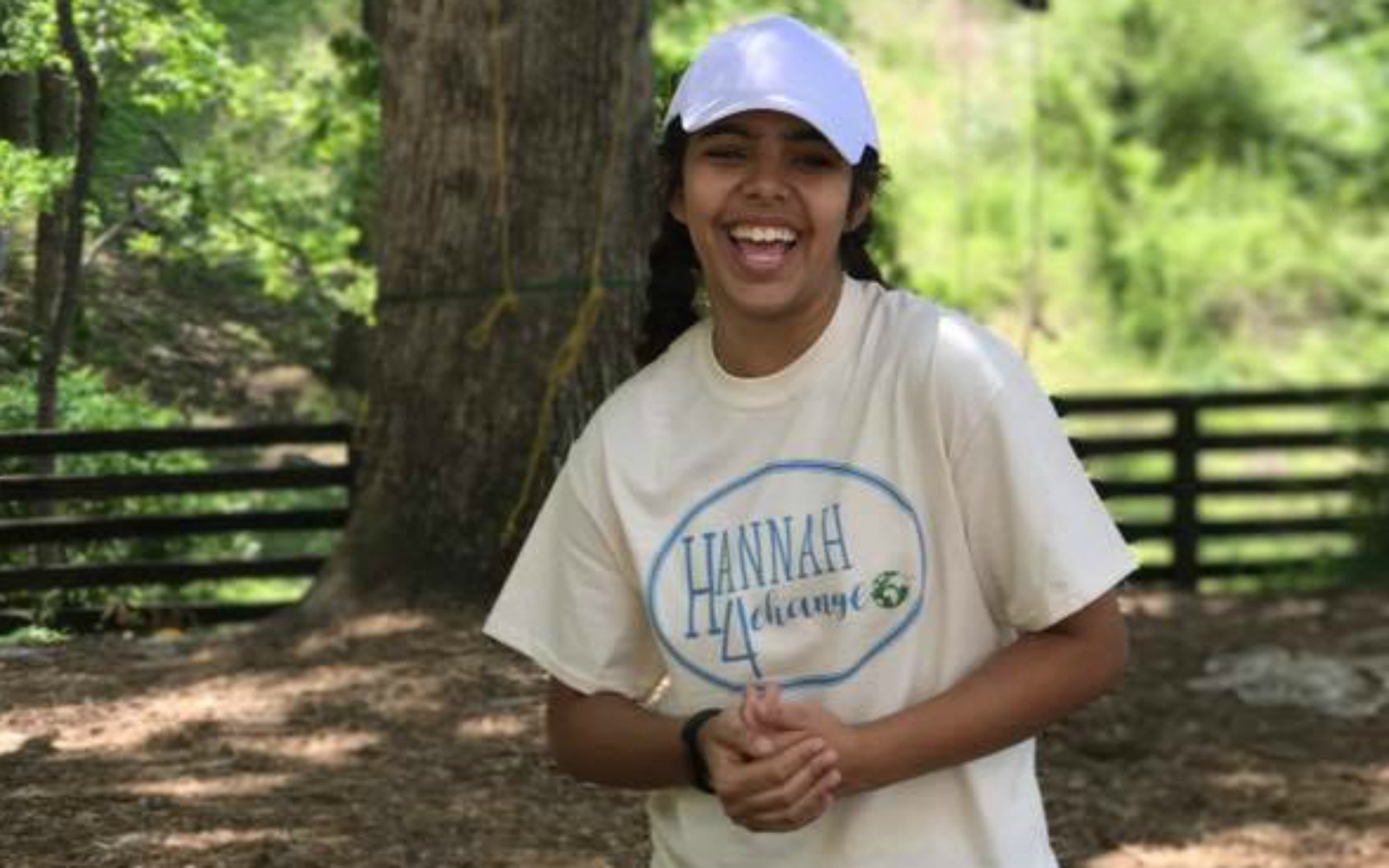 Look, we know it’s not a pleasant subject to talk about but we really need to. Our plastic problem is now becoming a full-blown environmental crisis. As one of the greatest threats to our oceans and the animals that we share the planet with, we need to rethink every single aspect of how much waste we produce and how we deal with it.

What is the big deal, exactly? Well, scientists have just confirmed that there is another huge plastic garbage patch in the Pacific Ocean. And it is bigger than Texas. Every year, we produce 300 million tons of plastic and around 8.8 million tons of it get dumped in the oceans, threatening countless animals, many of which are on the verge of extinction as a result.

Thankfully, more and more people are waking up to the reality of how much plastic is polluting the planet, and they’re seeking out information about the negative effects of this material. So much so, that according to a new survey, nine out of 10 people want supermarkets to introduce a “plastic-free aisle,” similar to a gluten-free or dairy-free aisles.

Many dedicated activists are working tirelessly to combat plastic pollution and not just adults – teenagers have been joining the fight as well! While most teens have their eyes fixed on their iPhone screen, tweeting and taking selfies, Melati and Isabel Wijsen, two teenage sisters from Bali, have managed to convince Bali to ban plastic bags by 2018. There’s also the awesome 17-year-old Danielle Rothchild who is collecting plastic bread tags to raise money for people in wheelchairs.

And now we have another rock star teen to add to the ever growing list those helping to fight plastic pollution. Meet 14-year-old Hannah Testa.

Hannah realized way back in kindergarten that even though she is just one person, she can make a difference in the lives of animals and work for the betterment of our planet. She has used her voice to boldly speak up for rhinos, elephants, horses, bears, dolphins, chimps, and orcas, animals who are abused in a variety of different industries at the hands of humans.

One of her biggest successes, Hannah has partnered with a local senator in her home state of Georgia to create a Plastic Pollution Awareness Day on February 15, 2017. 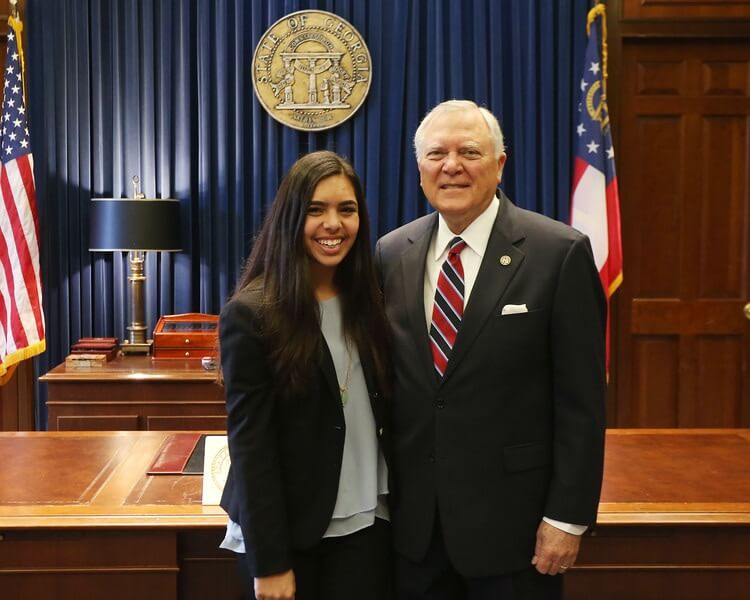 Hannah worked with her local senator to create a day that was dedicated to encouraging people to stop using plastic products. 400 people were in attendance, including The Weather Channel, CNN, and several local media outlets, proving that this event was much needed in helping reduce plastic use. 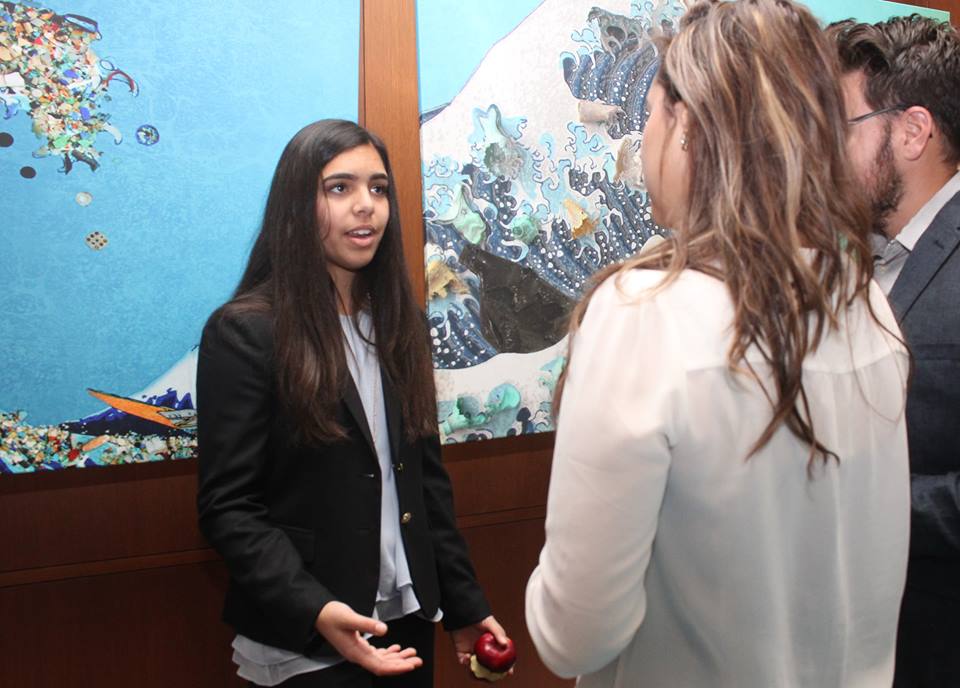 Here, Hannah talks to CNN about how she is committed to educating the public about plastic pollution. Pretty cool, right?

Hannah has even met actor Adrien Grenier, who is the co-founder of The Lonely Whale Foundation, an organization dedicated to education and awareness for ocean health. 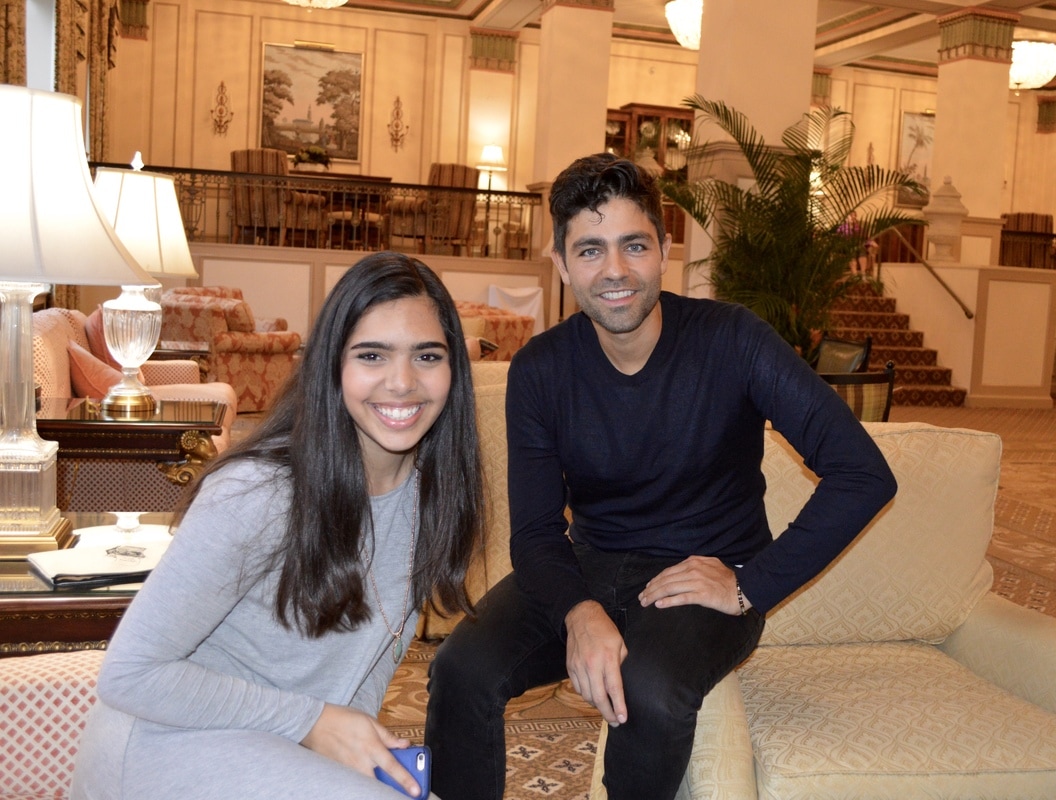 When she’s not meeting celebrities to create change, Hannah is busy earning awards for her hard work. She has received countless awards, including the Gloria Barron Prize for Young Heroes, which honors 25 outstanding young leaders who have made a significant positive difference to humans, animals, and our planet. 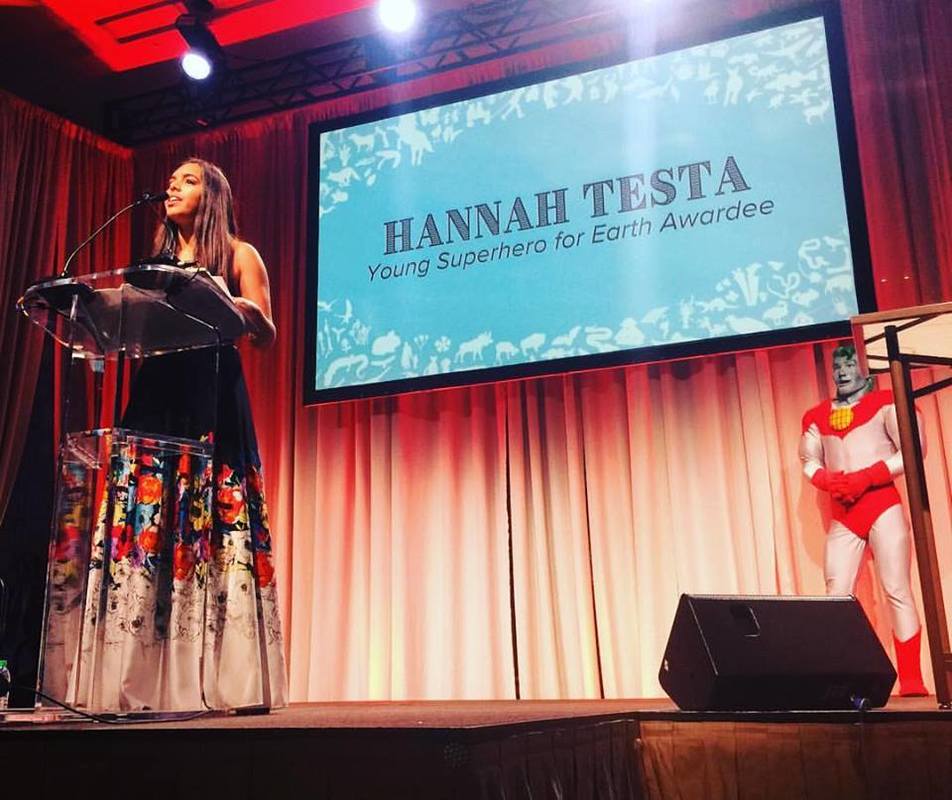 Most recently, Hannah won an award from peta2, PETA’s youth division for “…being a positive influence and inspiration for all.” 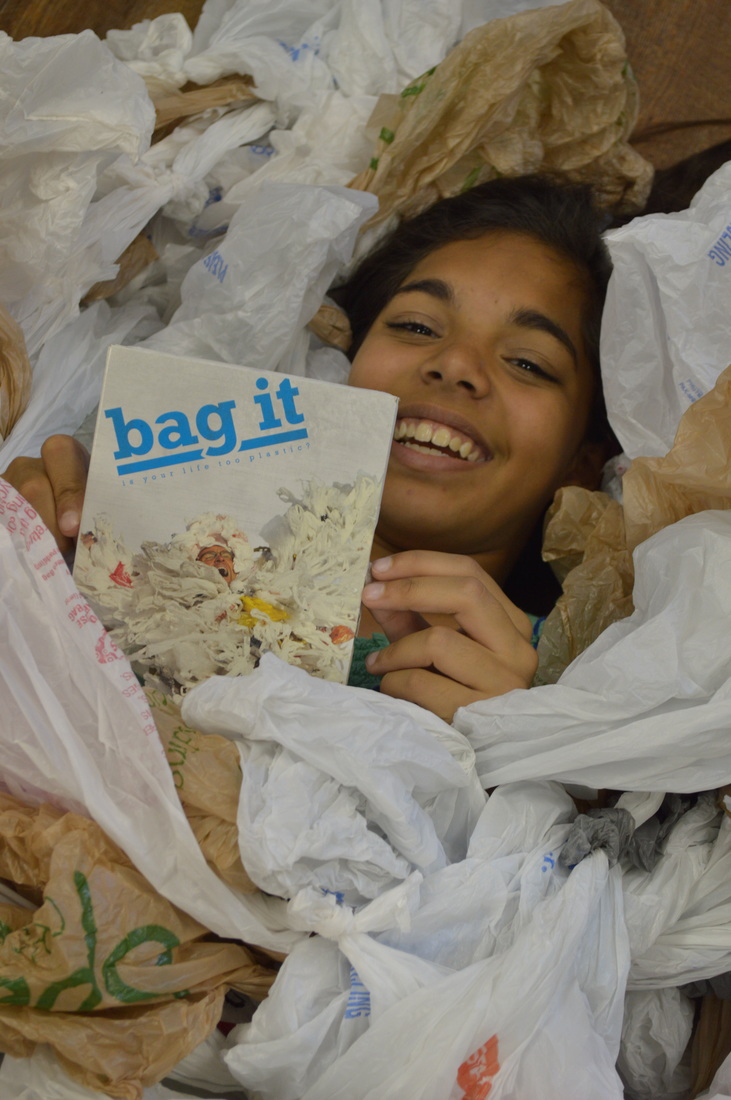 “I have a dream that all animals will live in a world that is full of compassion, love, and respect towards animals. Every animal has a right to be on this planet as much as we do. We should live in harmony in this spectacular world alongside these magnificent creatures.”—Hannah Testa 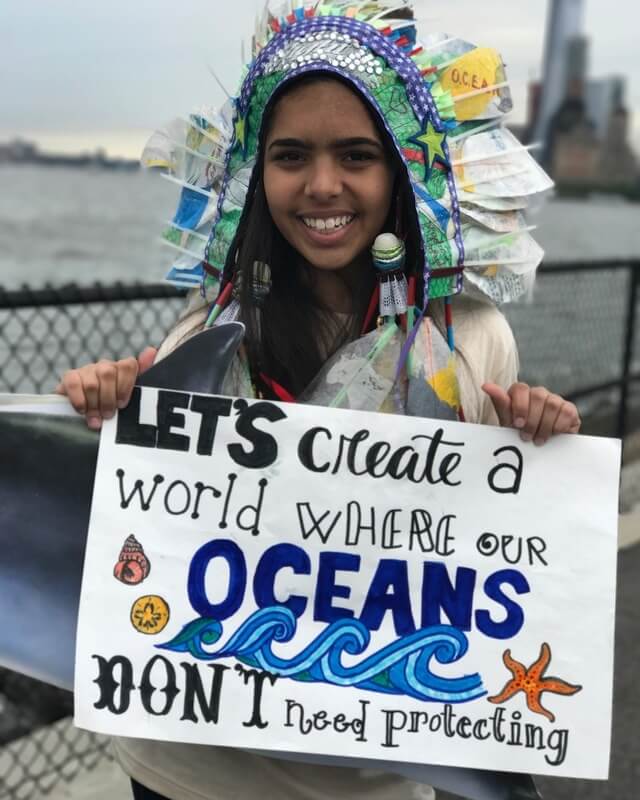 Hannah has a website called Hannah4Change dedicated to her advocacy work, with tangible ways people can join her and make a difference, such as using reusable straws, as well as bringing your own bags to the store. Hannah’s work couldn’t come a moment sooner.

A staggering 1 trillion plastic bags are used each year worldwide, according to the Earth Policy Institute. Plastic bags are made out of non-renewable resources like petroleum and natural gas and because they take hundreds of years to decompose. When plastics do eventually degrade, they don’t biodegrade. Instead, they photodegrade which means they break down into smaller fragments and easily soak up toxins which then contaminate waterways, soil, and animals upon digestion of the plastic materials.

If we all make an effort to identify where we use plastic and actively look for alternatives, we can drastically cut down on the amount of plastic pollution that finds its way into the oceans. Achieving a 100 percent waste-free lifestyle is challenging, but it is certainly not impossible. Just take a page from Lauren Singer, the 25-year-old who can store all the waste she’s produced in the past few years in a single mason jar!