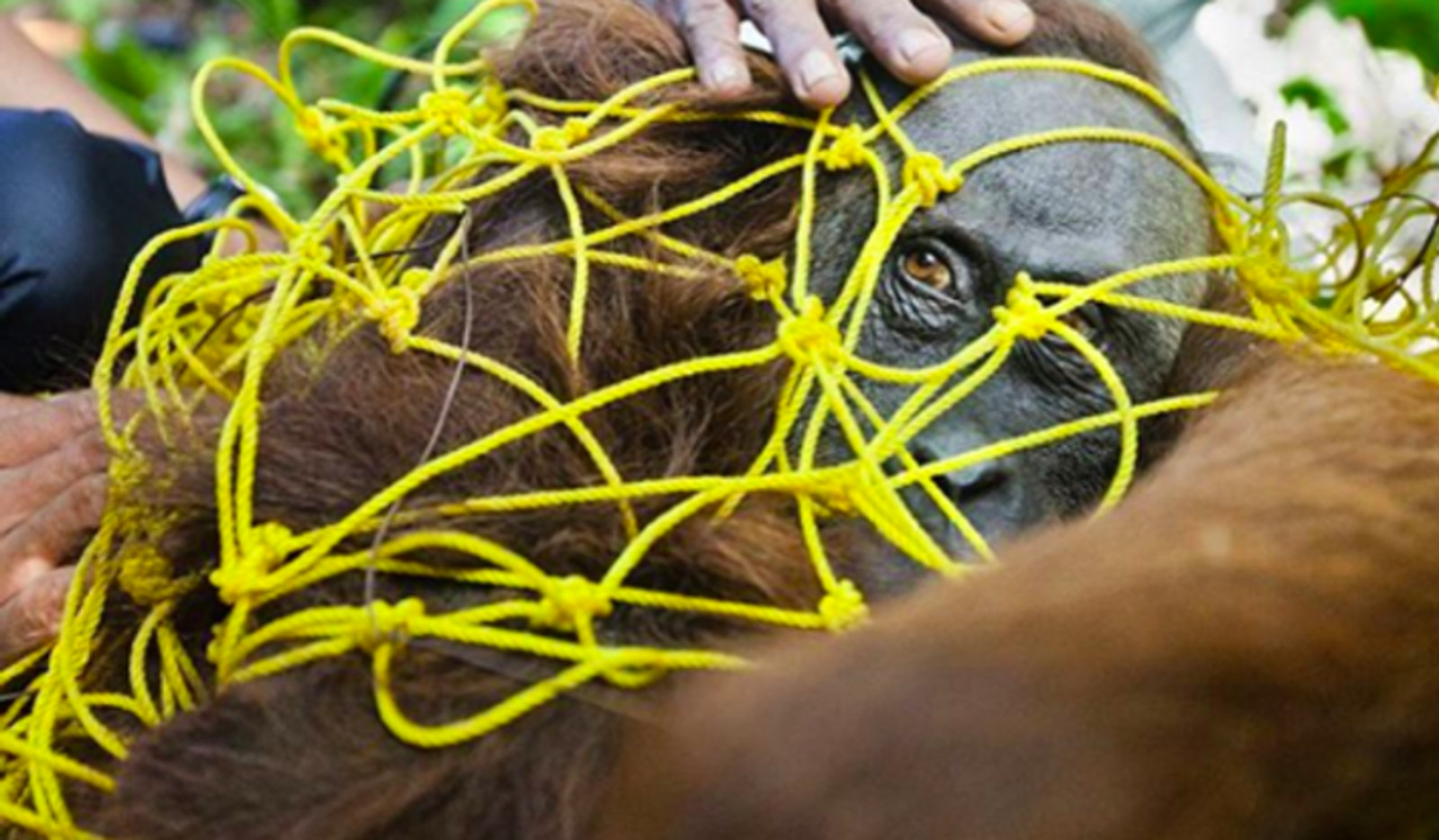 A crisis is looming in the rainforests of Indonesia, where 300 football fields’ worth of ancient trees and foliage are being cleared every hour, primarily to make way for palm oil plantations or to supply the illegal logging trade. Palm oil is a commodity that appears in almost 50 percent of everyday consumer products, including snack bars, cookies, pet food, cosmetics, and cleaning products. The worldwide demand for palm oil has, sadly, had a severe impact on the people and wildlife of Indonesia – particularly on the islands of Borneo and Sumatra, where the bulk of the nation’s palm oil is produced.

For palm oil companies, one of the quickest ways of clearing forested areas on these islands is to simply set them alight. Throughout 2015, devastating forest fires raged throughout the islands, pushing Indonesia’s average daily greenhouse gas emissions above those of the U.S., damaging the health of local children and communities, and displacing countless wild animals. One species that has suffered a crushing loss of numbers as a result of the palm oil industry’s actions is the orangutan.

This arboreal ape is found only on the islands of Borneo and Sumatra. They share almost 97 percent of their DNA with humans, and are naturally inclined to spend nearly all of their time in the trees. The Orangutan Conservancy has described them as having “four hands instead of two hands and two feet.” This trait means they are “graceful and agile while climbing through the trees, but it makes walking on the ground somewhat slow and awkward. That is why the orangutan is at a great disadvantage on the ground and why the orangutan rarely comes down from the treetops. Their food is there, their home is there, and they are safe there.”

Sadly, during the past two decades alone, approximately 20,000 orangutans met their deaths at the hands of the palm oil industry. 60,000 of these animals remain, and it has been estimated that if their current rate of decline continues, they could be extinct in just thirty years. As the palm oil industry takes over their traditional lands, those who remain have increasingly had to suffer the fate of being kept as pets or confined in stifling, unnatural captive situations.

It can be difficult for those of us living far away from Indonesia to understand the gravity of the situation, but a photo by the environmental photojournalist Paul Hilton has revealed the painful truth.

The orangutan in this photo is clearly terrified – perhaps believing that he, just like many other unfortunate orangutans who wander onto the vast palm oil plantations of Borneo and Sumatra, will be shot on sight. 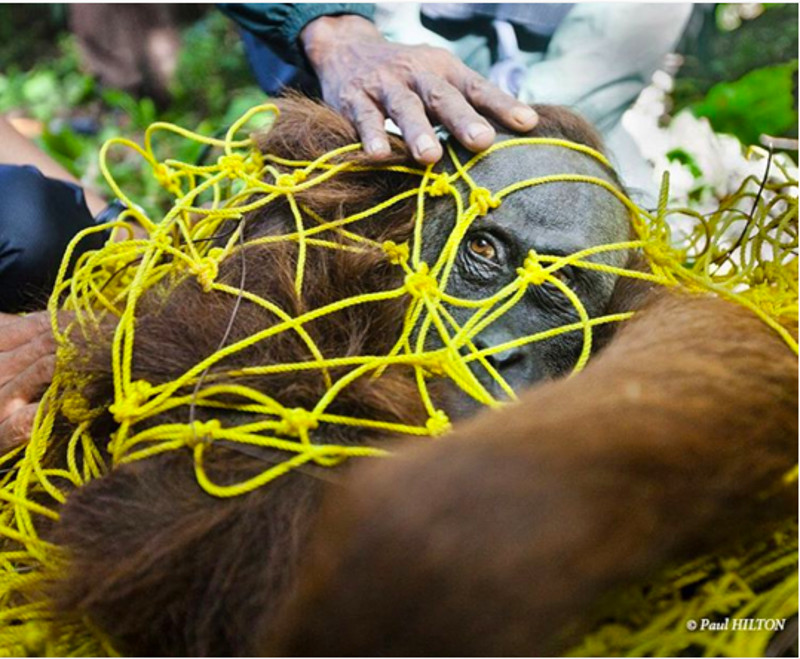 Hilton said, “This was such a poignant moment for me as I looked at his face and snapped this shot. You can see the pain, helplessness and confusion in his eyes. I will never forget the look he gave me and it was one of the turning points in my career as a conservation photojournalist. I knew right then that I was going to return, to help save his home.”

You can make a difference for orangutans today by cutting palm oil out of your life. When the demand for palm oil goes down, the animals of Indonesia who are being systematically pushed toward extinction will at last have a fighting chance of survival. To learn more, check out some of the articles below.