What the List of Top U.S. Polluters Tells Us About the Impact of Our Food Choices – and What We Can Do 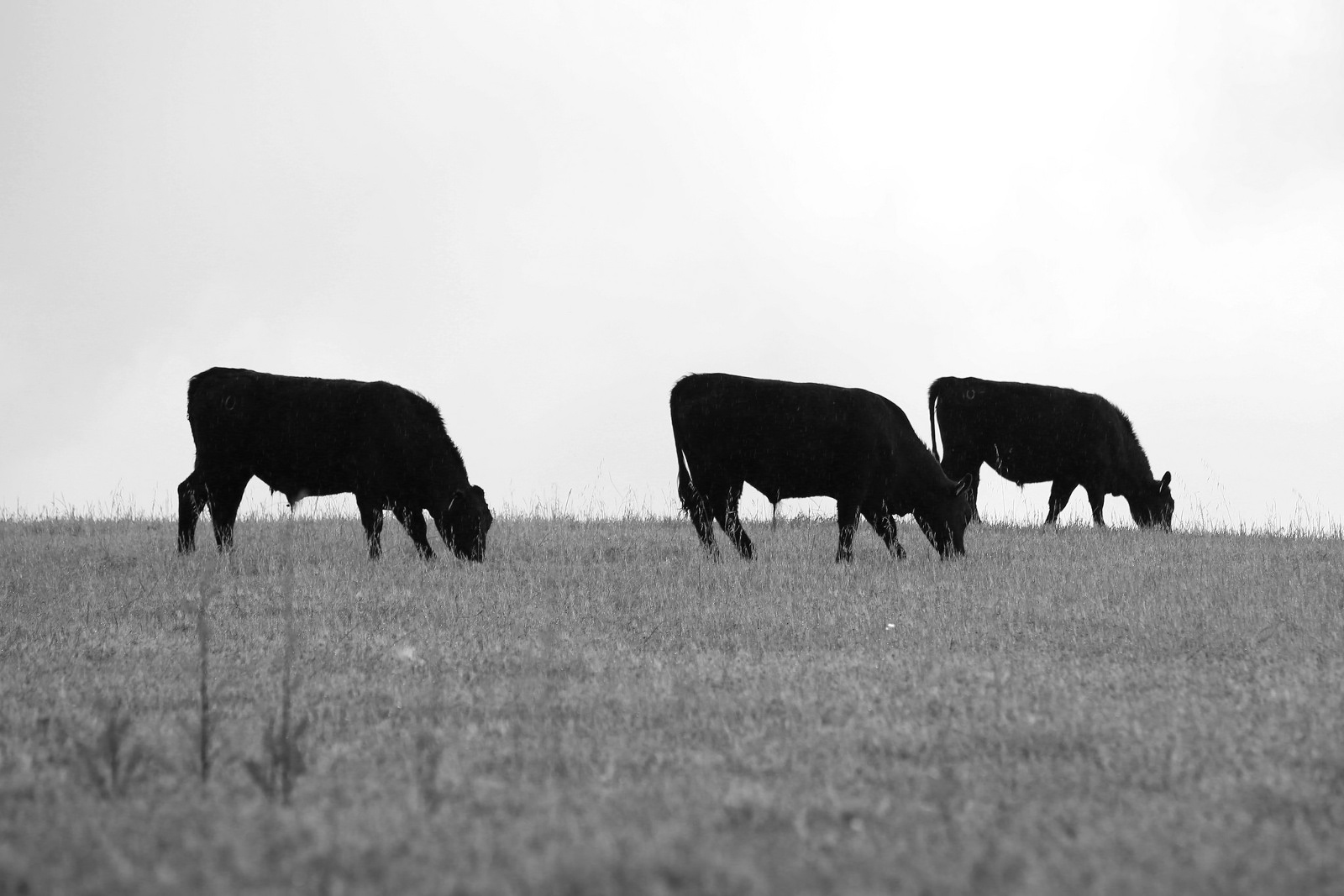 The animal agriculture industry is renowned for being one of the most resource-intensive industries on the planet. It occupies approximately 45 percent of the Earth’s total land area, and estimates of its contribution to our planet’s greenhouse gas emissions problem range from at least 14 percent to a maximum of 51 percent. In addition, it has seriously jeopardized the future of the Amazon rainforest and pushed many wild species to the brink of extinction.

The animal agriculture industry’s heavy water consumption has also emerged as a matter of grave concern among environmental groups. In the drought-stricken state of California, for example, agricultural activities make up around 93 percent of the state’s water footprint, with the majority of this figure being derived from meat and dairy production. The Worldwatch Institute has estimated that it takes approximately 4,200 gallons of water per day to produce the average meat and dairy-centric diet, compared to around 300 gallons for a plant-based diet. It was recently revealed that four billion people are suffering from water scarcity around the globe – far more than had been previously estimated.

Earlier this month, a report by Environment America (EA) revealed that Tyson Foods, Inc. – one of the world’s largest meat producers – dumped 104 million pounds of toxic pollutants into U.S. waterways from 2010 to 2014. However, it seems that this news only represented the tip of the iceberg. In a new analysis of the nation’s top fifteen water polluters, EA has discovered that an incredible half of the names on that list are agribusiness corporations.

The full list can be seen below. It reveals, in stark detail, the staggering toll that the human appetite for meat and dairy is taking on our environment. 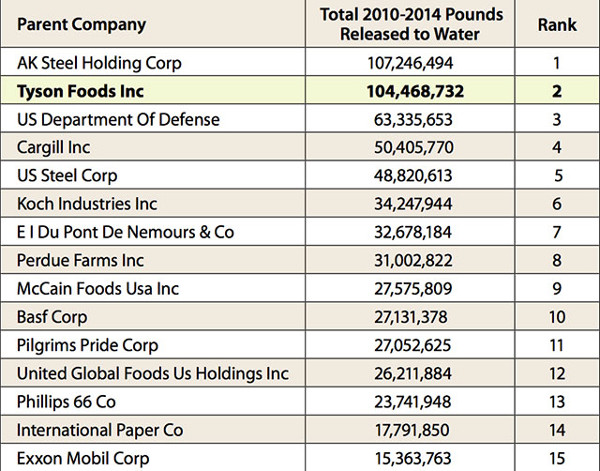 While other agribusiness companies represented here – such as Perdue Farms, McCain Foods, and United Global Foods – did not pollute our waterways to quite the same extent as Tyson Foods, the fact that such a high number of meat and dairy producers made the list should be enough to get our alarm bells ringing. There is no doubt that the factory farm system used to produce the vast majority of meat and dairy products in the U.S. today is deeply unsustainable.

As the leading organization at the forefront of the conscious consumerism movement, it is One Green Planet’s view that our food choices have the power to heal our broken food system, give species a fighting chance for survival, and pave the way for a truly sustainable future. By choosing to eat more plant-based foods, you can help ensure that our vital water resources are kept clean and protected and that our food system will be able to support the planet’s growing population.