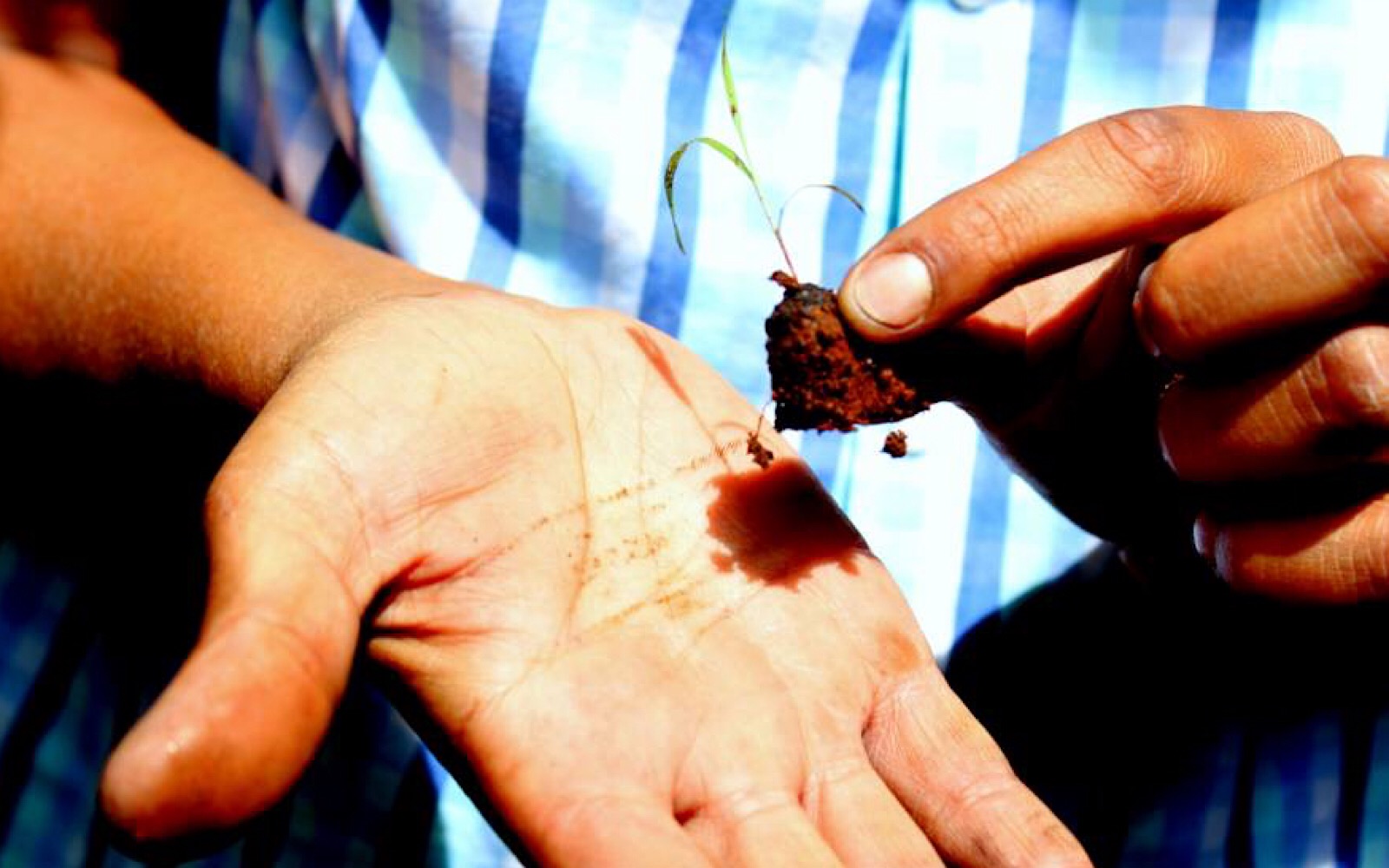 In modern society, plastic is our go-to material of convenience. It is used to wrap any product you can think of and is seemingly present in some quantity everywhere you turn. While plastic is valued by manufacturers for its durability and low cost, our staggering rates of plastic consumption have taken a great toll on the planet.

Part of the problem is that plastic does not break down easily. It can take hundreds of years for the substance to disintegrate through photodegradation — a process in which UV rays break its structural bonds apart — and even then, it simply separates into billions of microplastic fragments, rather than truly “disappearing.” In the meantime, this material can wreak a whole lot of havoc, whether it ends up in landfills or is among the 8.8 million tons of plastic that find the way into the oceans each year. In landfills, plastic waste often leaches harmful chemicals into the surrounding groundwater, with significant health implications for local human and animal populations. In the oceans, approximately 700 species are at risk of extinction as a direct result of plastic pollution, with leading threats including the ingestion of plastic bags and other waste, or entanglement in this waste. If our current consumption rates continue, there could be more plastic than fish in our planet’s oceans by 2050.

Luckily, there have been a growing number of citizen-led endeavors to curb plastic in recent years. Last year, Kenya completely banned the production, sale, or usage of plastic bags, with heavy penalties for those who fail to comply. The decision was hailed as one of the world’s most bold and determined actions to halt plastic pollution. And now, this country has taken another step toward a plastic-free future with its decision to spearhead a new technique that will remove the necessity for plastic bags within its forestry sector.

Nairobi resident Teddy Kinyanjui pioneered this new technique for the afforestation and reforestation method, which involves the use of small, portable seed balls instead of plastic bags. 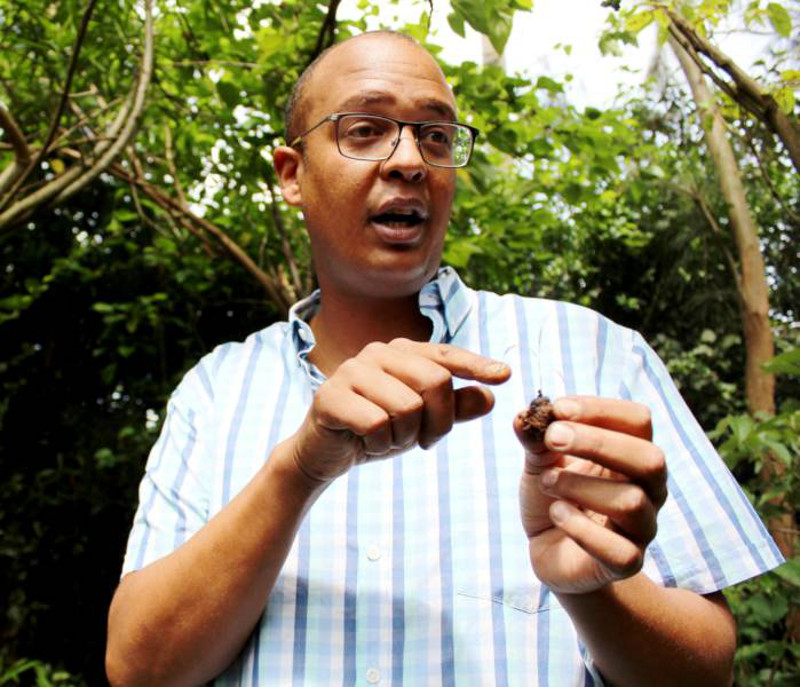 Kinyanjui, the founder of Cookswell Jikos Limited — a company that sells stoves that run on renewable energy sources — believes that these seed balls can grow and disperse seedlings more easily than plastic bags. 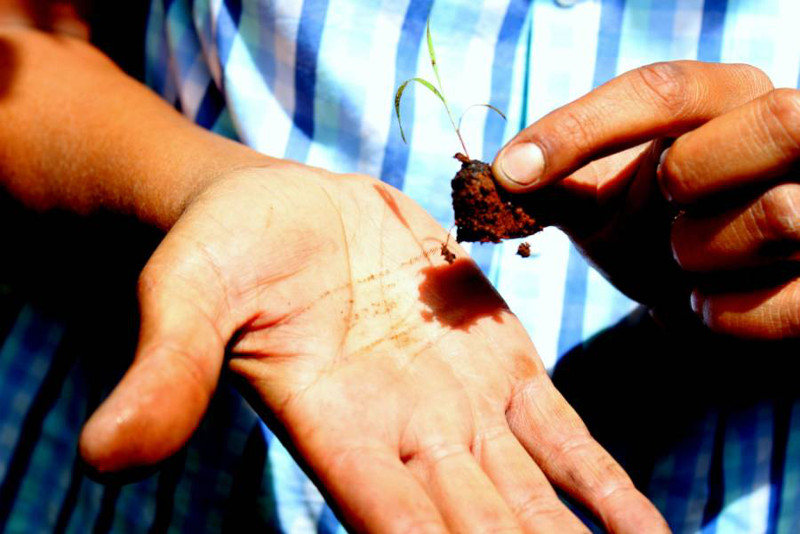 He explained that when tree seedlings are grown in plastic bags, the roots get squeezed, and this limits their ability to grow. The seed balls can be seen in the image below.

The new seed ball method enables roots to easily adapt to their new environment, with minimal disturbance to their growth. 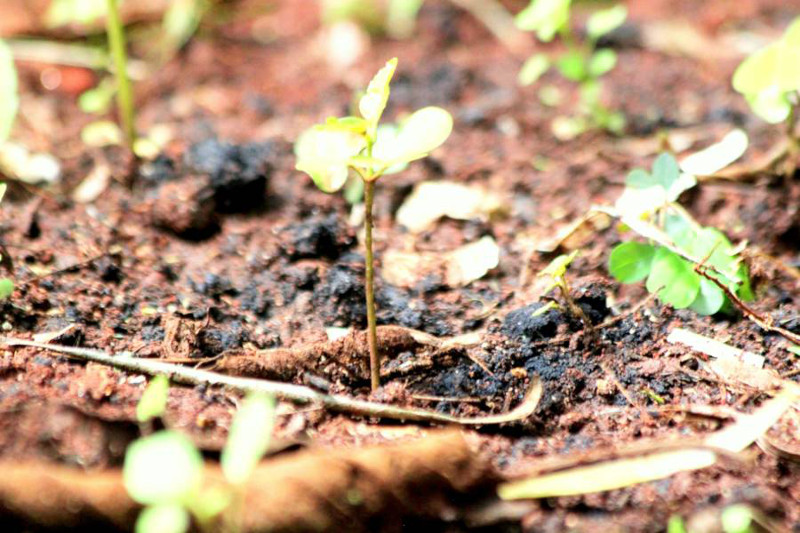 In order to more effectively spread his innovation throughout the country, Kinyanjui has partnered with the Kenya Forestry Research Institute (KEFRI), a body that grants official certification to seeds.

To date, about one million seeds, covering a wide array of different species of indigenous trees, have been dispersed throughout Kenya using Kinyanjui’s new technique. The germination rate of these seeds stands at about 60 percent. Through further partnerships with local communities, Kinyanjui hopes to reach even more areas of the country in the future.

“People use charcoal every day, necessitating more trees,” he stated. “Climate change has also caused community conflict, especially among pastoralists in Northern Kenya who fight over pasture for their animals. Good environmental management is, therefore, crucial for peace among these communities. We would also like people to see the value of this simple technology as a contributing factor in combating and adapting to effects of climate change, as this is the cheapest way to encourage tree planting, especially in arid and semi-arid areas.”

There is no doubt that this new technique could have revolutionary effects. In the fight to help our planet, small changes can make an enormous difference. If you need some inspiration on how to reduce your own usage of plastic, read about these seven amazing people who have proven that life without plastic is possible, or the seven-year-old boy from Orange County, California, who started his very own company, Ryan’s Recycling, to encourage his friends and neighbors to recycle their waste.

You can also make a difference by joining One Green Planet’s #CrushPlastic campaign. Working together, we can help eliminate the scourge of plastic from our planet.