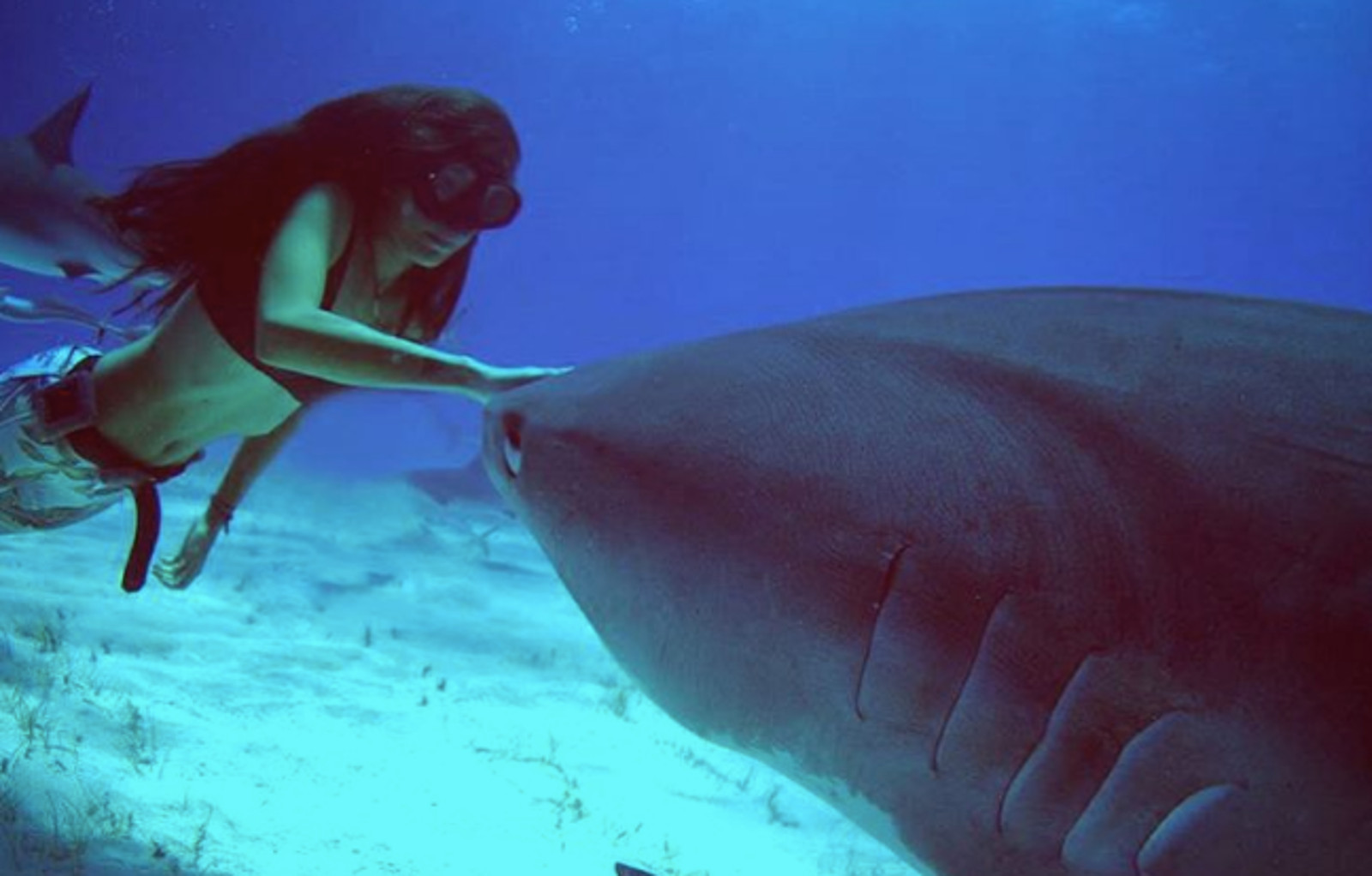 Swimming with sharks might not seem like the smartest thing to do. Sharks are apex predators, and every year there are reports of unprovoked shark attacks all around the world. Our culture is replete with popular entertainment implicitly telling us that it’s in our best interest to be very, very afraid of sharks. But the truth is actually almost the exact opposite.

Sharks play an important role in ocean ecosystems, and not only are you 132 times more likely to drown while at the beach instead of getting attacked by a shark, but it’s estimated that 90 percent of the ocean’s large fish have disappeared since 1950 due to overfishing; humans, it turns out, are the dangerous ones. And when Madison Stewart, a 22-year-old shark conservationist in Australia, found out about how sharks are being hunted and killed in the Great Barrier Reef, she started homeschooling at the age of 14 so she could more easily travel and try to protect them.

While this photo of Madison and a Tiger shark might seem dangerous, it shows one person putting their entire life on the line for the sake of another. 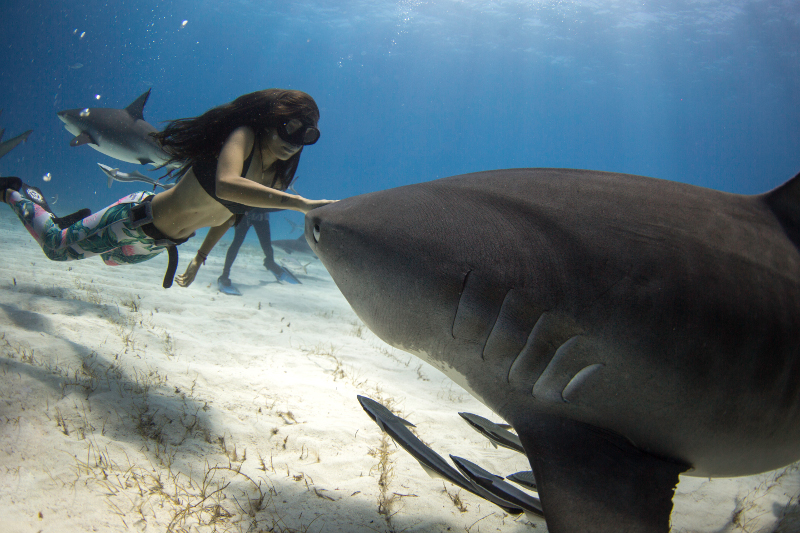 Madison dives often in the Great Barrier Reef (GBR), which lies off the northeast coast of Australia. This vast ecosystem is a total of 216,237 square miles, is one of the only living objects that can be seen from space, and it hosts several different types of environments. There are shallow vistas where the water is so low you could walk through the ocean on sandy trails between the coral, as well as seemingly endless, open prairies of seagrass, providing food for giant sea turtles and manatees. Then there are the reefs themselves, living mountains beneath the sea made of coral polyps that for centuries have produced the limestone that is home to a diverse menagerie of life. As you swim through the valleys of these reefs, suspended in the bluish crystalline water, a dazzling panoply of swirling colors meets your eye as you glide past sea anemones, corals, sponges, and schools of fish, their hues more varied than an artist’s palette.

And in the midst of it all are the sharks, which help to keep the reef’s ecosystem functioning healthily. As top predators, sharks are an important part of an intricate food web. If you were to take sharks out of the picture, that food web changes dramatically. A recent study demonstrated that when shark numbers are reduced in the GBF, herbivorous fish populations decline as well; these fish eat algae on the reefs that would otherwise outcompete the delicate coral polyps, killing the reef and in turn causing harmful microbes and pathogens to spread. But even though the GBR is a protected heritage site, over 60 percent of the reef is open to fishing. Thousands of sharks are legally allowed to be killed every year, to end up in as fish steaks and soups. Some Asian cultures also highly value shark fin as a symbol of status, and globally, between 26 and 73 million sharks are killed for their fins. In many cases, sharks have their fins severed while still alive, after which they are thrown back into the sea to slowly suffocate, and while live finning is currently illegal in Australia, it’s extremely hard to police and still commonly occurs in other parts of the globe. With all of these pressures on shark populations in the GBF, their future is uncertain. A study conducted back in 2006 determined that, if the rates of shark kills didn’t decrease by the year 2026, the populations of whitetip reef sharks and grey reef sharks, two of the most common species in the GBR, would decline by 80 percent and 97 percent respectively.

The United States is one of the top shark fishing nations in the world, and it can often show up in seafood products, like imitation crab meat, without the consumer even being aware. You can help reduce the number of sharks killed for this purpose by eliminating seafood from your diet. As the leading organization at the forefront of the conscious consumerism movement, it is One Green Planet’s view that our food choices have the power to heal our broken food system. By choosing to eat more plant-based foods and avoiding seafood, you can help give the species imperiled by overfishing a fighting chance at survival.

You can also help sharks by supporting Madison Stewart’s work. To keep up to date with all her campaigns, check out her Facebook page.