Skip the Tuna, Save the Ocean: How Our Appetite for Seafood is Destroying the World’s Coral Reefs 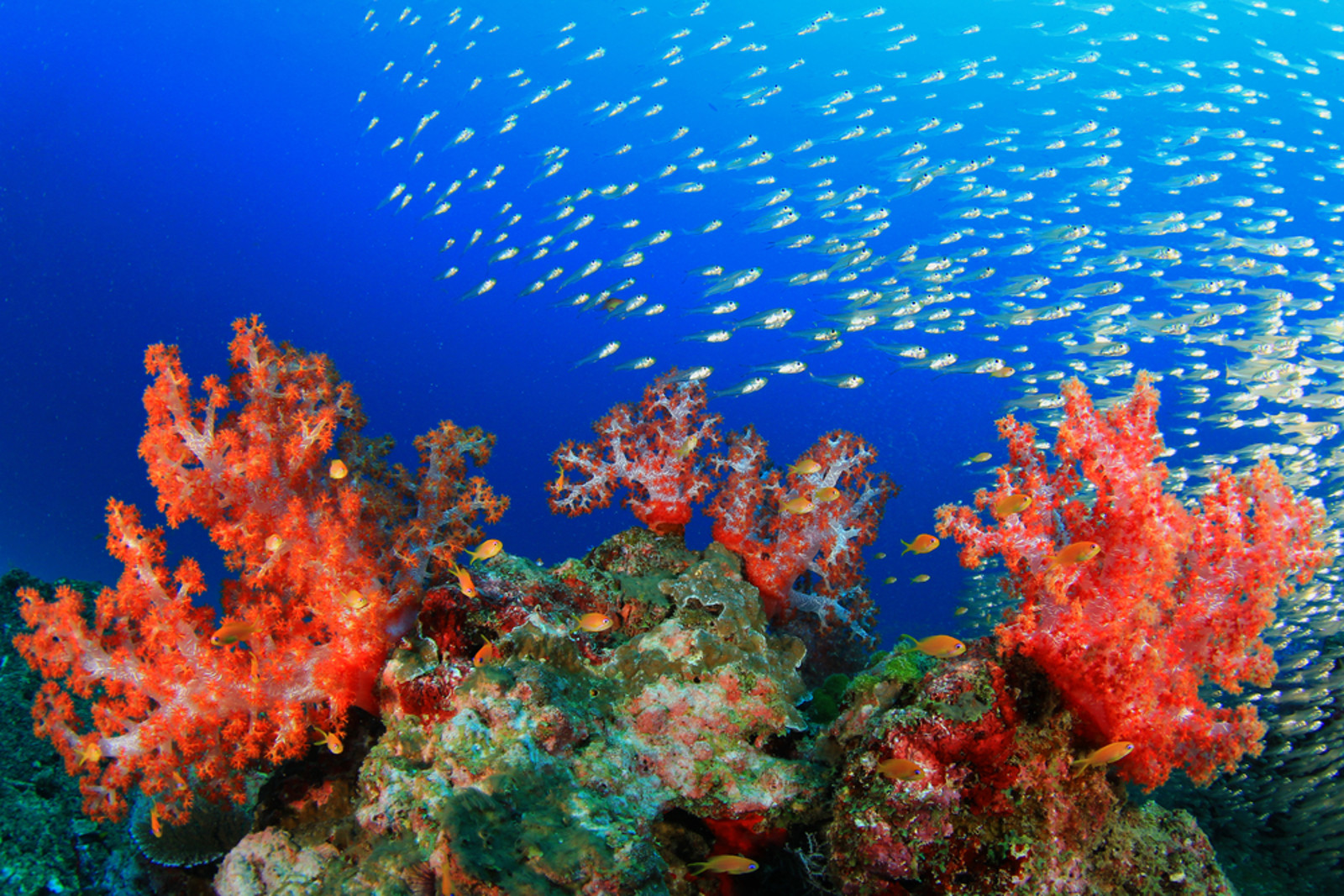 While oceans were once thought of as limitless in their bounty of fish and other seafood, it is becoming clear that these fragile ecosystems are being pushed to their limits by climate change and unsustainable fishing practices. According to the World Wildlife Fund, over 85 percent of global fisheries have been exhausted by commercial fishing operations, forced beyond their limits of self-regeneration. In short, our appetite for seafood has resulted in dwindling fish stocks and the destruction of “hot spots” of marine biodiversity. The National Marine Fisheries Service (NMFS) has listed 63 fish and 27 marine invertebrate species as endangered or threatened, including the extensively consumed Atlantic, Chinook, and Sockeye salmon; the International Union for the Conservation of Nature (IUCN) has identified several of the most commercially popular tuna species, such as the bluefin and Albacore, as endangered, threatened, or “near threatened”; and Greenpeace maintains a list of 22 common seafood species that the organization believes should no longer be sold for human consumption, including Atlantic halibut, Chilean sea bass, pollock (the most popular species used in fish sticks), and tropical shrimp.

As if this weren’t a wake up call enough, a recent study found that if nothing is done to stabilize this massive imbalance, the world’s fish populations are set to collapse by 2025. And being that the world’s marine life exist in a very delicate ecosystem, the loss of these animals has resounding impacts on the environment, most notably, coral reefs.

A major consequence of overfishing, many scientists argue, is the degradation and destruction of the world’s coral reefs. A literature review published in the academic journal Science states that there are no “pristine” coral reefs left in the world’s oceans – all have been damaged to some extent by warming temperatures, increasing ocean acidification, pollution, and excess fish consumption. With reefs playing host to almost a quarter of all marine species, this discovery poses significant risks to marine vitality and biodiversity. According to Rebecca Vega-Thurber, a researcher at Oregon State University, between 25 and 35 percent of the corals of Australia’s Great Barrier Reef are dying, and over 90 percent have been bleached (i.e., lost their symbiotic algae – and primary photosynthetic food source – due to biogeochemical changes in the environment). “Corals everywhere seem to be dying,” Vega-Thurber bleakly reports.

How exactly does overfishing contribute to the decline of coral reefs worldwide? The most easily recognizable causes include damage to the reefs by fishing nets, traps, and the destructive practice of “dynamite fishing.” In addition, a study performed by researchers from the Center for Biological Diversity, University of Washington, North Carolina State University, and the Smithsonian Institution found that the depletion of predatory and large fish species through overfishing adversely affects the cycling of nutrients within the coral reef ecosystem.

Under normal conditions, larger herbivorous and predatory species of fish play an important role in stabilizing the coral microbiome by feeding on the many varieties of algae growing on the reef, and subsequently releasing nutrients into the surrounding water through excretion. Algae, plankton, and other microorganisms then take up the excreted nutrients for use in photosynthesis, nitrogen fixation, and other essential chemical processes, thus completing the cycle.

In the absence of these larger species, which occurs with overfishing, this tightly coordinated system of nitrogen, phosphorous, and carbon exchange breaks down. Algae populations grow out of control, delicate food chains are thrown off-balance, and the reef is made more vulnerable to pathogenic organisms. This decline in essential nutrient inputs and the growing abundance of pathogens eventually leads to an increase in coral mortality, leaving untold numbers of marine organisms without a food source or protection from predators.

It is clear that overfishing poses a substantial threat to the health of our oceans and marine ecosystems across the globe. To do your part in helping to prevent unsustainable fishing practices and reduce the damage done to coral reefs, follow these steps:

To learn more about overfishing and its effects on marine ecosystems, check out the links below: