The Tree of Life: How Ecosystems are Held Together by Trees 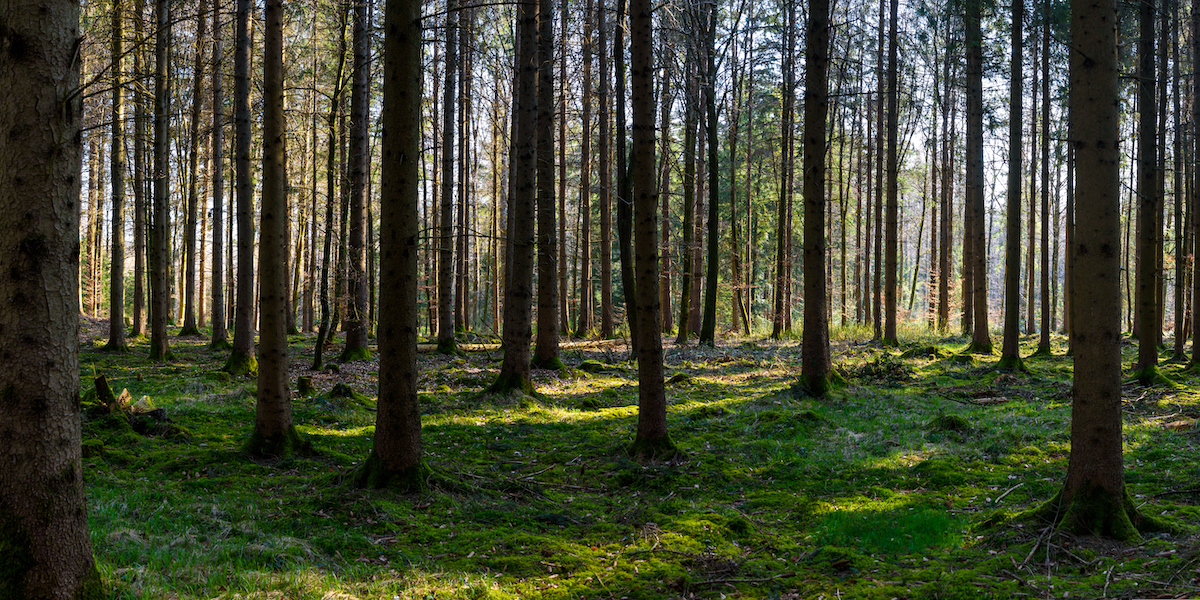 We often take the importance of nature for granted, in fact, most people pride themselves on how they are not the “outdoorsy” type and could live perfectly happily without ever seeing a tree. But however anti-nature we might think ourselves to be, the stark reality is that none of us could exist if not for the natural world. This is especially true in the case of trees. It might not be readily apparent, but we have trees to thank for a lot more than just their beautiful leaves and the oxygen they create which we breathe. Like every other living organism, trees play a vital role in balancing and maintaining the world’s ecosystem.

Why is this significant? Well, every second, an area of forest the size of two football fields is cleared somewhere around the world. Clearing forest to make way to plant palm oil plantations, build communities, and to grow crops (which primarily go to feed livestock) plays a major role in the loss of the world’s trees and when the trees go, we lose a lot more than wood.

We are hardly the only animals who rely on the world’s forests for making life as we know it possible. Over the past 40 years, we have lost about 52 percent of the world’s wildlife and deforestation plays a major role in this loss. According to Mongabay, 50,000 species go extinct every year. You might not have noticed a drastic change in your daily life due to the loss of these species, but there is evidence that as the world’s animal species disappear, entire ecosystem can collapse. As the world’s species lose their homes, their livelihoods go with them. The Javan rhino, Mountain gorilla, Sumatran tiger and both Bornean and Sumataran orangutan populations are a few among many who are being decimated by deforestation.

The orangutan population of Borneo and Sumatra relies on the tropical rainforest to live. When these forests are cut down and replaced with palm oil plantations, the orangutan species becomes a “pest” and they pose a threat to palm fruit crops. It is estimated that 90 percent of the orangutan’s natural habitat has been destroyed due to palm oil production and logging as a result, over 50,000 orangutans have died in the past two decades.

According to Orangutan Foundation, this species plays a vital role in spreading the seeds of fruit trees in the rainforest. Many species (humans included) rely on these fruit trees as a food source and as the orangutan disappears, these foods are becoming less available. The orangutan also bends and breaks branches in the forest canopy to make their nests. This allows more sunlight to reach the lower levels of the forest, enabling low-level plants to photosynthesis and grow.

As rates of deforestation increase, biodiversity greatly decreases which can cause and entire trophic cascade, toppling entire ecosystems. When trees are removed from forests it also causes increased soil erosion, which threatens local water resources. Not to mention without the trees that scrub air pollution from the atmosphere, smog and heightened levels of greenhouse gas emissions threaten both local animal and human populations alike.

No Trees, No Carbon Sequestration

While we might live in rainforests and rely on trees in the same manner as the orangutan, the survival of humans across the globe hinges on the health of the rainforest as well.

A new study from NASA and the National Center for Atmospheric Research (NCAR) asserts that the world’s tropical rainforests might just be the best defense we have against the climate change causing greenhouse gas emissions. According to NASA and NCAR, the world’s tropical rainforests can absorb a massive 1.4 billion tons out of the 2.5 billion tons of carbon dioxide that are naturally absorbed by the earth’s natural systems.

While it seems that world’s tropical forests may play a critical role in slowing (or with our help, stoping) climate change, there is a catch. There is a limit to the amount of carbon that a forest can absorb, based on the number of trees intact and the availability of water which enables the trees to grow. Forests take in carbon dioxide during the process of photosynthesis and create oxygen, but studies of the world’s northern forests indicate that trees above the tropical regions cannot absorb as much carbon dioxide as they could in the past.

As we cut down trees to make way for human industry, this greatly impacts the ability of the forest system to trap and sequester carbon dioxide from the atmosphere. The process of burning trees to clear forest areas also releases all of the absorbed carbon stored by trees and other plants back into the atmosphere. Simply put, less trees equals more carbon. Unless we drastically change the current rates at which we are creating greenhouse gases, we are set to experience rapid warming and the most severe impacts of climate change if the world’s rainforests are not protected. The northern forests might not be able to absorb the majority of our carbon dioxide, but NASA and NCAR believe the tropical rainforests will continue to absorb a large share of greenhouse gases. At current rates, the world’s plant life can absorb about 30 percent of the world’s greenhouse gas emissions, but as we slash and burn more forest – this number drops. It is estimated that if we do not change the rapid rate of deforestation, the world’s rainforests will disappear in the next 100 years.

Protecting the world’s forests is crucial, and while the rainforest might be far from you live, there is still much you can do to protect them. Palm oil production and the livestock industry are major drivers in global deforestation, meaning that looking at how your diet here in the U.S. impacts deforestation rates across the world is key to making a positive change.

Be sure to check your consumer goods for palm oil and purchase alternatives to those that contain this oil whenever possible. Check out this article to help. Reducing your consumption of meat and other animals products can also play a significant role in cutting deforestation. To learn more about how livestock feed contributes to deforestation, click here.

Making a few simple shifts in your personal consumption habits can make all the difference!