Europe is Taking Major Steps to Save Bees (and People) From Pesticides – What About the U.S.? 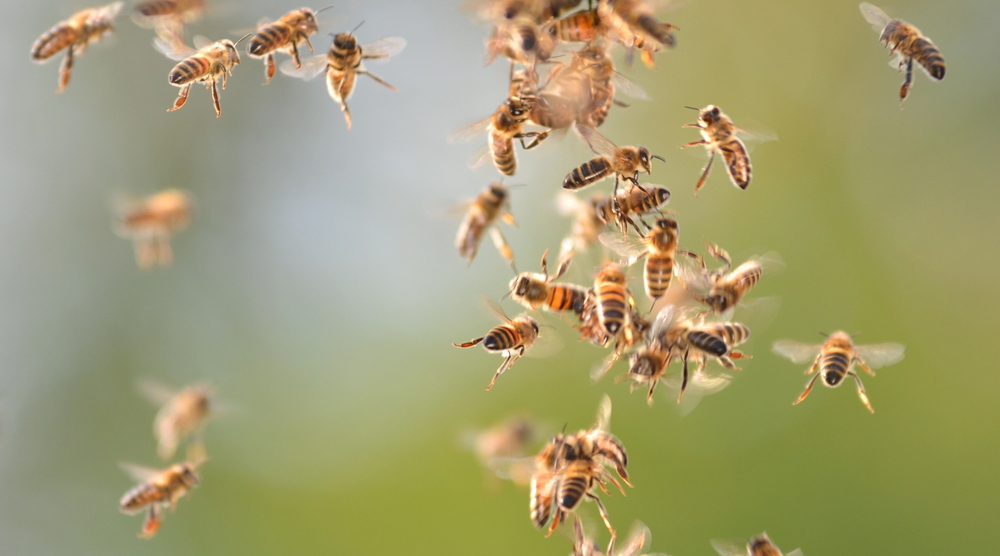 Houston, we have a problem. Toxic pesticides have infiltrated our air, soil, waterways, and food, and the future will be dire if we don’t immediately take action to stop them from spreading further. Europeans have heard this call and are now drafting regulations for a complete ban. But here in the “Land of the Free,” these poisons are receiving more protections than our own people. As a result, rates of pesticide-related illnesses are skyrocketing, and our access to healthy natural foods hangs in the balance. We can’t allow this to continue, and if our government won’t step up, then we the people must.

For more than two decades, these harmful pesticides, including neonicotinoids which are found in Monsanto’s Roundup and other farm and yard sprays, have drenched our food crops and soil in order to kill off destructive insects that can hinder agricultural yields. But these intended targets aren’t the only ones that are being affected. The list is unfortunately long, so let’s take a look at just a few of these victims to see how they’re being impacted.

The most obvious casualties are among other insects – including beneficial pollinators such as bees, whom we rely on heavily to produce our food. These are dying out in spades because certain ingredients in these pesticides, namely imidacloprid and clothianidin, are causing significant memory loss, affecting their navigation skills and immunity systems, and even triggering paralysis, all of which is leading to mass incidents of colony collapse disorder. This could easily spawn a massive food shortage if something isn’t done to protect these pollinators, stat.

Herbicides like Roundup have also destroyed the majority of milkweed plants, on which Monarch butterflies lay their eggs and their caterpillar offspring thrive. This is having a devastating impact on this species and its migratory patterns, as often too much energy is required of these Monarchs to cover the longer distances between milkweed plants, causing drastically fewer eggs to be laid and many Monarchs to meet their end before finding their destination.

Birds, bats, and frogs are also coming into contact with these noxious chemicals, either directly in their environments, or indirectly via their intestinal tracts when they eat the insects that have been targeted and/or the seeds that have been sprayed. We’re witnessing die-offs among these species as a result, as well, and the carnage can continue up the food chain, potentially all the way to our own plates. Adding to this, the pesticide atrazine has been proven to change male frogs into females.

But even animals that don’t eat those that have been affected can easily come into contact with these chemicals which have made their way en masse into our rivers, lakes, and streams to the demise of both aquatic life and, potentially, any animals that drink from those sources – ourselves and our pets included. These poisons have also trickled down into our soils and are reemerging in grasses, brush, and trees from which still more animals eat. And particles of the poisons have even been found floating in the air, as a mere five percent of pesticides that are sprayed are actually absorbed into the plant or seed on which they’re applied. The remaining 95 percent is simply and carelessly unleashed into the environment to wreck havoc in myriad ways.

What About Human Health?

It’s not hard to see that this can quickly lead to issues with our own health. Reports have shown direct ties between pesticide use in Argentina and the country’s soaring rates of cancer and birth defects, and increased cancer risk has also been associated with people exposed to pesticides in Spain. Those effects are well within our borders, as well, and it’s suggested that there is a strong correlation between insecticide exposure and a child’s risk of developing brain tumors.

In addition, Environmental Health Perspectives found that pregnant women that lived within a mile radius of treated areas – such as parks, golf courses, or even their own lawns and gardens – had a two-thirds higher chance of giving birth to a child with autism spectrum disorder. That risk is even higher among women who come into contact with organochlorine pesticides, which are commonly used on lawns.

This is scary stuff – and making it worse is the fact that these pesticides aren’t the least bit necessary for producing enough food to feed the world. Furthermore, a study from the Center of Food Safety definitively shows that the costs of using these pesticides in no may make up for the losses in beehives and associated crop production. In fact, the only ones who really stand to gain from the ongoing use of the chemicals are the very companies who make them, and the politicians whose campaigns are financed by these corporate interests.

The European Union has wisely seen the light, but here, the very government agencies that were put in place to protect our environment and health continue to approve new pesticides, while also refusing to inform us of the extent to which our food is being affected. Clearly, if our own government is not going to look out for our well-being, then we must take matters into our own hands.

In addition to speaking out and urging your representatives to bring about reforms, you can start protecting your own health, and that of your family, by eating only organic foods that haven’t been doused in pesticides, by not using chemical pesticides in your yard and garden, and by encouraging your community to do the same.

It will help if we all give bees a hand by planting organic, pollinator-friendly flowering plants, herbs, fruits, and vegetables – because we’ll be lost for sure without those little buzzers.