This Pesticide Can Cause Cancer and Harms Insects – Why Is It Being Used and How Can We Stop It? 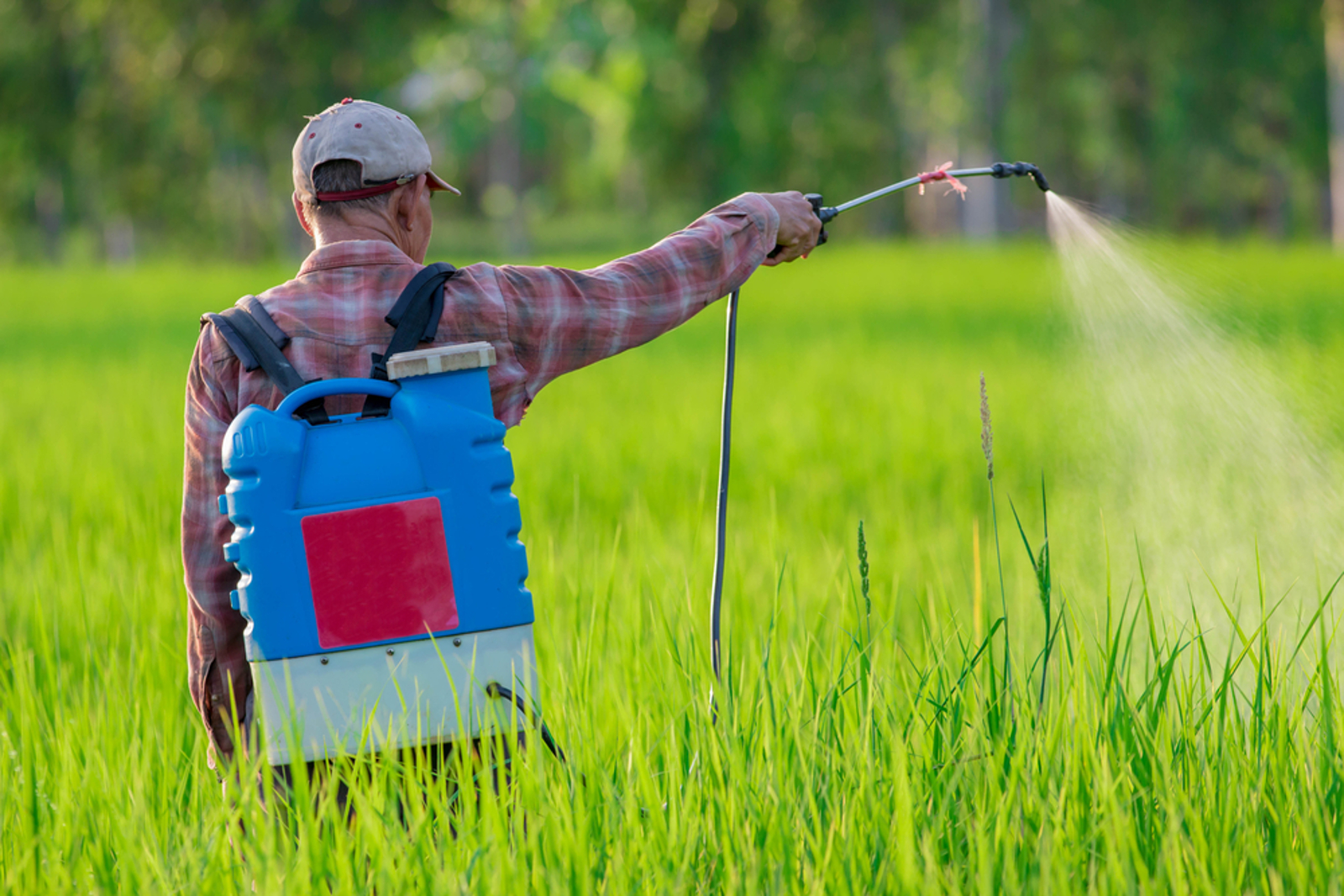 Dicamba is a pesticide found in over 1,100 products used in agricultural and residential areas. It can be used on golf courses to control broadleaf weeds like dandelions, chickweed, clover, and ground ivy. It is also registered for uses in agriculture on corn, wheat, and other crops. Because weeds have become increasingly resistant to similar herbicides, the company is hopeful that this new version of the pesticide will provide an additional tool to help farmers manage these weeds.

Why You Should Be Concerned

Dicamba acts like natural plant hormones to help to control plant growth. When plants are treated with dicamba, they grow in abnormal and uncontrollable ways, causing them to eventually die. Experts are concerned about this pesticide because of its potential health impacts, damage to nearby crops, effects on insects and endangered species, and its ability to cause more superweeds to sprout.

A group of farmers and conservation groups (National Family Farm Coalition, Pesticide Action Network, Center for Food Safety, and Center for Biological Diversity, represented jointly by legal counsel from Earthjustice and Center for Food Safety) filed a federal lawsuit in late January 2017, challenging the EPA’s approval of Monsanto’s “XtendiMax” pesticide. These groups are worried that the approval will lead to a 10-fold increase in the use of this toxic pesticide, increasing risks to farmers, the local community, and the environment.

Farmers and environmentalists are concerned about health risks related to this new pesticide. Studies show that dicamba is linked to increased rates of cancer in farmers and birth defects in newborns. In addition, glyphosate, a key ingredient of dicamba and XtendiMax, was recently classified as a probable carcinogen by the World Health Organization. In fact, dicamba is considered more toxic than glyphosate alone.

Next, dicamba is known to drift large distances from the fields where it is sprayed. Before this latest approval happened, farmers in 10 states reported damage to thousands of acres of crops from dicamba use in nearby fields. The reason for this widespread crop damage is that while Monsanto’s genetically modified (GMO) crops can tolerate sprays of dicamba, other crops are unable to survive the chemicals.

Additionally, the lawsuit points out that EPA did not follow the law when it came to endangered species. Despite admitting significant risks to dozens of endangered species, the EPA did not consult with the expert federal agency in charge of endangered species, the U.S. Fish and Wildlife Service. Species like endangered whooping cranes are known to visit soybean fields, and now they will be exposed to this toxic pesticide at levels they have never experienced before. Conservationists are also concerned about its impacts on biodiversity because the way it drifts to nearby crops ends up threatening plants that provide nectar for pollinators and habitat for animals. In addition, it is frequently detected in surface waters.

Probably the most alarming issue is that experts predict that this huge increase in dicamba spraying will trigger an outbreak of dicamba-resistant weeds. Monsanto claims that this new version of dicamba will fix the current weed resistance problems, but many scientists and even the U.S. Department of Agriculture expect the opposite to happen. There will probably be a major growth of superweeds that are resistant to both of Monsanto’s pesticides. This will, in turn, damage additional crops. Experts warn that increased dicamba use will lead to even tougher superweeds growing.

This is an ongoing problem. A 2016 study by the National Academy of Sciences explained how the evolution of superweeds is one of many issues that farmers face when it comes to GMOs. Crops designed to be resistant to the pesticides containing glyphosate like dicamba can lead to a heavy reliance on the chemical, causing resistant weeds that present a major agricultural problem. Rather than reducing costs as promised, GMOs are causing more superweeds that have taken over large areas of farmland, making them unusable and costing farmers a ton of money. The study noted that GMOs increase, rather than decrease, the use of dangerous pesticides.

If you are alarmed that the widespread use of this new form of dicamba, don’t be silent – there are many things you can do to act!

Most importantly, spread the word and educate others about these dangerous chemicals. Together we can help create a healthier and more sustainable food system.