Consumer Power in a Capitalist World: The Benefits of Buying Organic 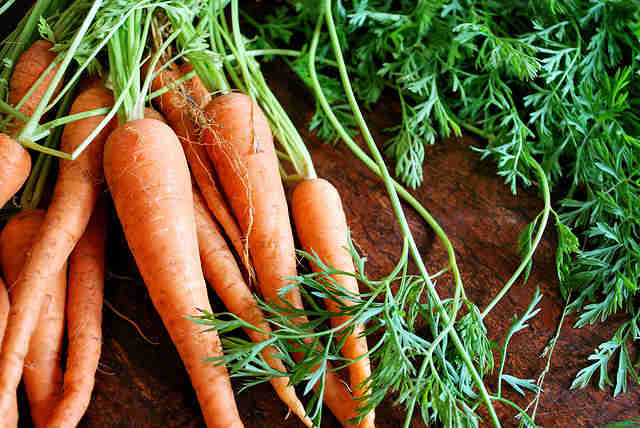 Whenever you buy anything that is organic, you are laughing in the face of huge corporations that thrive on sales of pesticides, insecticides, dangerous chemicals and fertilizers, and who propagate GM seeds and reduce the natural gene pool. Instead, you are sending out a beacon of hope to the bees of the world, and doing something that is consumer-empowering and environmentally-astounding. Here’s why consuming organic produce is deeply connected to the health of the planet.

It makes our air cleaner and water safer

Conventional farming methods involve the use of a vast amount of chemicals, some of which inevitably leak into our air and water supplies. Chemicals that are sprayed onto crops are inhaled by humans and other animals and have to be thoroughly removed from our water sources using yet more chemicals. Buying organic produce means investing in cleaner air and water, and hazardous pesticides and other chemicals are avoided by organic farmers.

It makes our land healthier

Non-organic farming uses masses of chemicals, fertilizers, environmentally-fragile resources such as peat, pesticides and insecticides in order to grow crops on a large scale. The creation or extraction of these resources also requires large amounts of energy, which releases greenhouse gases into the atmosphere. On the other hand, organic farming uses natural methods such as composting to enrich crops, which also reduces soil erosion, benefits topsoil, increases water efficiency, and provides natural nutrients for the crops. In organic growing methods, soil health and fertility is valued and increased through growing different crop varieties and crop rotation.

It makes our animals happier

Pesticides and insecticides not only leak into our air and water systems but also into the habitats of other animals. Some pests become resistance to pesticides, which means that stronger chemicals have to be used by non-organic farmers — a ridiculous and environmentally-destructive cycle. There are natural methods of farming that involve living alongside so-called ‘pests’ instead of waging wars against them, which also protect local wildlife from succumbing to the effects of continuous chemical-use. As a result of these techniques organic growing farms have been found to harbor more varieties of wildlife than non-organic areas.

It makes our farmers healthier

Farmers who work on organic farms have better health than non-organic farmers due to being exposed to fewer dangerous chemicals. The potential health hazards caused by combining different types of chemicals sprayed on farms have not been examined in-depth, yet many conventional farmers admit to using more than one type of pesticide on their crops. Whenever you buy anything organic you are contributing to the health and well-being of eco-friendly farmers. Your money supports the farm you buy from, and small organic farms value that help more than large corporate chains do, as the money goes directly towards supporting what they do.

It makes our communities stronger

When you support the ‘local’ supermarket you are lining the pockets of fat cats who grow rich at the expense of your neighborhood. Communities are developed and supported through local ventures such as local farms that grow and sell produce, and small local companies where it’s clear who the person in charge is. For areas where there are no local organic ventures, buying organic produce from nearby areas still benefits the wider community as a whole, as it improves so many other factors relating to human and environmental health. In this way, the money you spend on small and organic farms goes towards improving the environment around you, and also increasing the availability of organic produce local to you. You are also supporting your nearest neighbor, instead of some CEO living on an island somewhere else in the world.

When chemicals are used on farms, the direct result of this is fewer species of plants, flowers, animals and insects in the immediate and surrounding areas. The non-organic chains which sell their goods to supermarkets tend to grow single species of fruit and vegetables in order to conform to the supermarket standard of uniform crops.  For example, the type of carrot you can buy in any supermarket is not the more prolific variety of carrot in nature, but the more commonly grown and available variety due to how easy it is to grow it in large quantities. There are other varieties of carrot that can be grown naturally which encourage different species, have different benefits for the soil, and might attract different types of insects such as non-honeybees. Also, in order to ensure that fruits and vegetables meet supermarket standards and are the same sizes and shapes, they have to be chemically treated. This can sometimes involve genetic modification. On the other hand, GM crops and ingredients are not permitted under organic standards, and organic farmers are often keen to grow and protect less commonly grown varieties of crops.

It makes our mental health better

Whereas conventional farmers are not policed, which has led to various recent pandemics such as BSE, as a consumer you can rest assured that the organic farms you support are inspected yearly. Organic farming standards are strict and universal, and they involve assessing the health and well-being of farmed animals, the wildlife on the farm, and the health of the soil. The organic symbol also assures the consumer that no nasty chemicals have been used on the farm’s soil. Phew!

It makes our children safer

Despite the fact that the consumption of pesticides is linked to various health issues, including brain and reproductive problems, when the diets of pre-school children in one U.S. state were studied they were found to contain six times the level of some pesticides compared to children who ate organic foods. Children’s brains and reproductive organs are not fully formed until they reach their teenage years and their bodies are also less able to rid themselves of toxins. Consuming organic produce wherever possible can massively reduce the risks that these toxins pose to infant’s bodies.

It makes our taste-buds better

Although this assertion is based purely on my personal opinion, I must include it because organic foods taste SO good to me, that it makes me want to put good things out into the world too. When buying organic has SO many benefits for the well-being of our planet and all its inhabitants, how could it not taste so good?