This article was originally published on The Environmentalist, a place for breaking news and commentary by Greenpeace.

The flight of the monarch butterfly is one of the most magnificent and mysterious migrations in the natural world. No one can say exactly how the monarch knows to make the thousand-mile journey from North America to the same forests in Mexico year after year. An internal compass, perhaps? With a lifespan of only around a month, no single butterfly lives to make the full round-trip.

But something about the monarch migration is changing. In 2014, for the first time in history, the butterflies did not return to parts of their forest home. Once covering more than 45 acres of trees with their bright orange and black wings, last years monarch migration barely covered 1.65 acres. Over the last two decades, monarch butterfly populations have declined by nearly 90 percent.

What’s Happening to the Monarch? 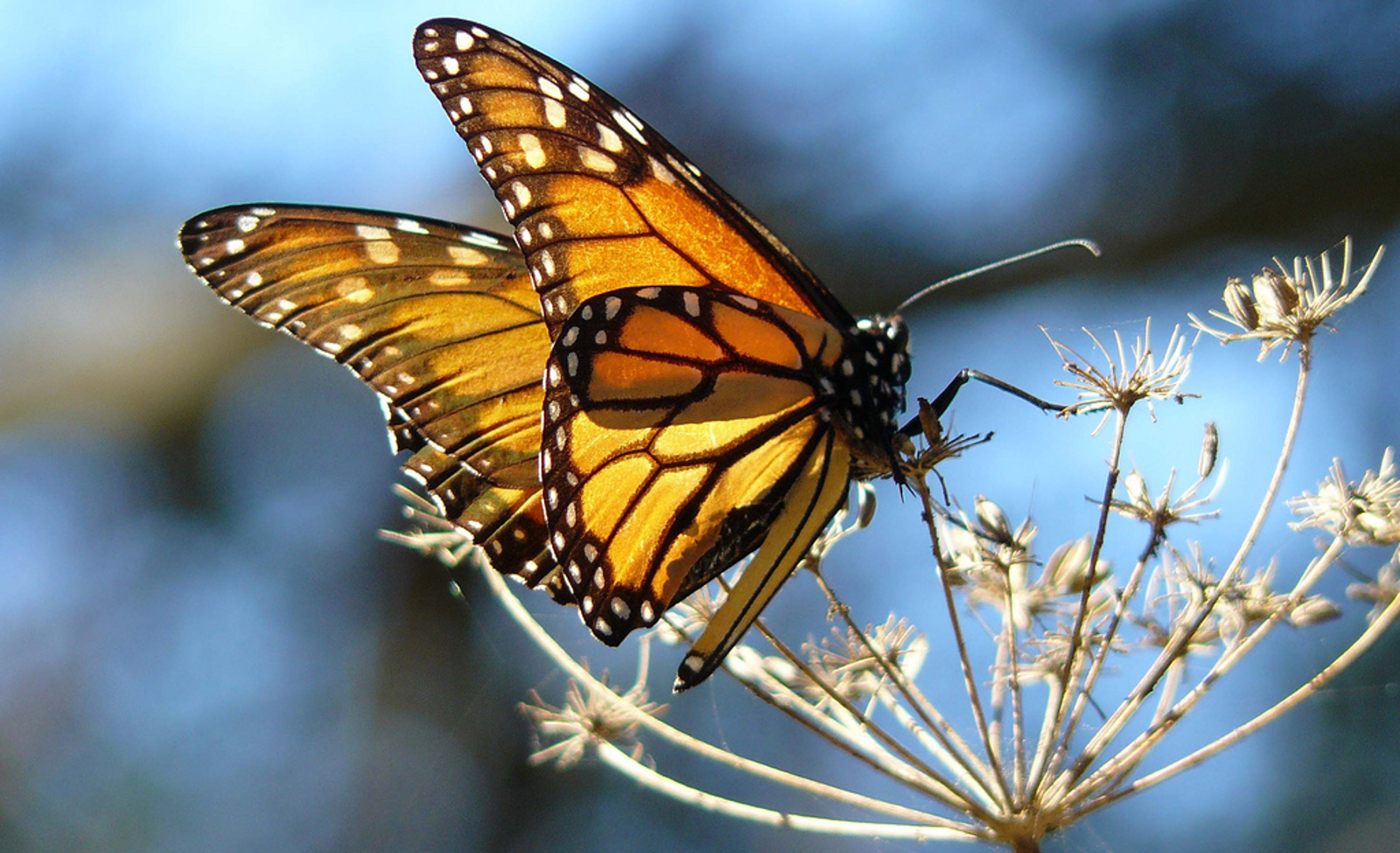 Scientists from the Greenpeace International Science Unit have documented evidence that the introduction of genetically engineered (GE) crops, like herbicide-tolerant Roundup Ready corn and soy, reduces the abundance of farmland plants. University and other researchers have suggested that this is a major factor to blame for the decline in monarchs. Farmers are spraying more and more Roundup, an herbicide sold by agro-giant Monsanto, and in stronger formulations

The herbicide kills all plants in its path, except for the GE crop. This includes milkweed, the only plant that monarch butterflies lay their eggs upon and that monarch caterpillars rely on for food. Herbicides like Roundup have driven milkweed, which once sprouted between rows of corn and soybean, to near extinction in agricultural landscapes. As a result, monarch butterflies must travel greater distances and use more energy to find places to lay their eggs. With their body fat depleted from these longer flights, the butterflies lay fewer eggs, or sometimes die before ever having the chance to reproduce.

What We’re Doing to Prevent the Extinction of the Monarch

Greenpeace is waging a global public awareness campaign and sharing the voices of farming families who have witnessed first-hand how herbicide-tolerant crops and the loss of pollinators has affected their environment, economy, and community

Greenpeace is also using science and research to convince government leaders that no new GE crops should be authorized. GE crops are directly damaging the basic natural resources that food production is based upon and should therefore be banned.

They say that a butterfly flapping its wings in Central Park can affect weather on the other side of the world. The loss of the monarch butterfly would indeed set off a storm – but one of a very different kind.

As a key pollinator, food production in the United States could be damaged beyond repair without the help of the butterfly.

However, Greenpeace is confident that, together, we can ban toxic herbicides and GE crops, and save the monarch from extinction. For, what kind of world would we be leaving our children if we stood idly by and let the last butterfly die.

Here are 4 Things You Can do to Help the Monarchs

To learn more about what Greenpeace is doing to help the monarch butterfly, click here.