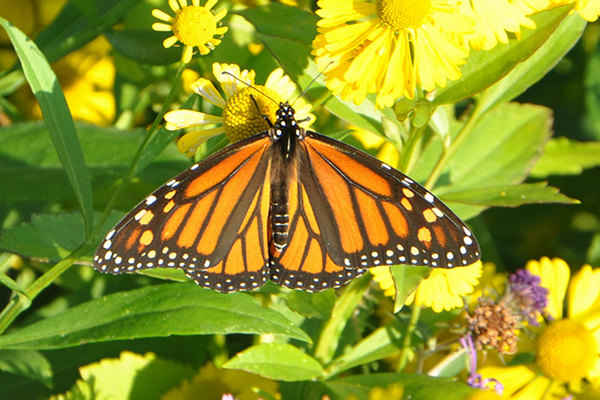 Over the last decade, both naturalists and scientists have been troubled by the steadily decreasing monarch butterfly populations. While opinions have varied over the years around the cause of this decline, a new study conducted by researchers from the University of Minnesota and Iowa State University point to Monsanto’s genetically modified corn and soybean crops as the culprit.

The researchers found that from 1999 to 2010, a period when GM crops became more common on U.S. farms, the number of monarch eggs in the Midwest declined by 81 percent. As farmers switched over to herbicide-resistant GMO corn and soybeans crops, they sprayed their crops with the weed-killer Roundup, killing milkweed in the process. Unfortunately, milkweed is the plant that monarchs lay their eggs in and is the only thing the larvae can eat.

According to the blog Triple Pundit, Environmental Protection Agency statistics reveal that roughly five times as much of the weed killer was used on farmland in 2007 as in 1997, a year after the Roundup Ready crops were introduced.  The Star Tribune reports that Monsanto did not respond to a request for comment, but says on its website the seeds help farmers increase yield and Department of Agriculture data reveals that it is used by 94 percent of soybean farmers and 72 percent of corn farmers in the U.S.

Monarch butterflies are one of the most recognizable and cherished of all the butterfly species in the U.S. When genetically modified plants were being developed, the effects on such beloved creatures were unfortunately not in the forefront of anyone’s mind.

One way to solve this problem, for the monarchs at least, would be for farmers to grow milkweed in pastures away from their corn, soybean, and other crops. This would provide a safe place for butterflies to lay their eggs, as well as keep the pesky weeds out of the farmers’ crops.

But this may still not be enough to help the monarch butterfly. Some experts claim that it may be too early to link GM crops to butterfly population declines. The Washington Post reports that another new study on this topic found that damage to the butterflies’ wintering grounds in Mexico, may also be a factor

Want to help the monarch butterfly? University of Kansas-based Monarch Watch, an organization dedicated to the preservation and research of monarchs, encourages farmers, gardeners, even city dwellers with a pot of soil to plant milkweed. You can also help by supporting the conservation efforts being promoted in Mexico to prevent illegal logging and preserve the habitat that the monarchs rely upon.

Only time will tell whether or not we agree on the problem and arrive at a timely solutions to save the beautiful Monarch butterfly. In the interim, let’s do as much as we can.