In 2014, China become the world’s largest economy and seated America in second place for the first time in 142 years. Though, China had already beaten America in something else by 2012 — its annual animal meat consumption topping 71 million tons.

However, what many people don’t realize is that as the global animal meat consumption increases, soy production ramps up along side it exponentially with devastating consequences to animals, the environment and climate change.

Soy has undergone the largest expansion of any crop ever in existence. In the last 50 years, the production of soy has grown tenfold to 269 million tons. The total area of soy now covers a span of land the total size of France, Germany, Belgium and the Netherlands combined. 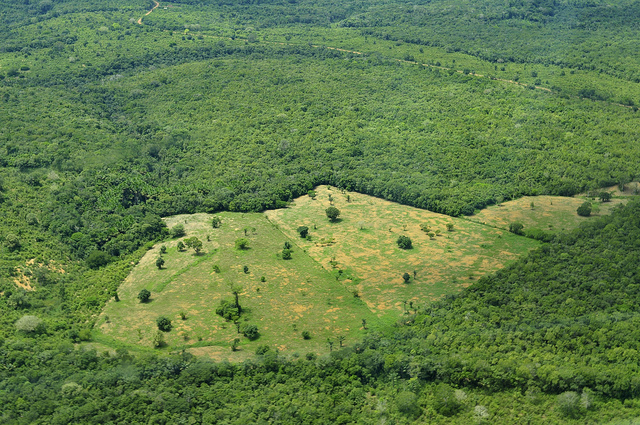 While soybeans are commonly used in products like oils, soy sauce and margarine, and the soy derivative, lecithin, is used in a wide range of processed foods, including chocolate, ice cream and baked goods, few of us are aware of just how much soy we actually eat.

If you think soy is something only vegetarians and vegans eat, think again. A typical beef burger can contain animal meat grown on soy meal, margarine containing soy, mayonnaise with soy lecithin and soy additives in the bread bun.

The vast majority of meat eaters would fall off their chairs learning that three-quarters of the global production of soy is turned into soy meal, which is used as farmed animal feed, and only a small portion of soybeans are consumed directly by humans — approximately six percent.

China overtook America in the amount of soy meal fed to farmed animals in 2008, but it was not able to do so without help from the outside world. In 1995, China produced and consumed some 14 million tons of soybeans — by 2011, China still produced 14 million tons but consumed 70 million tons via imports. 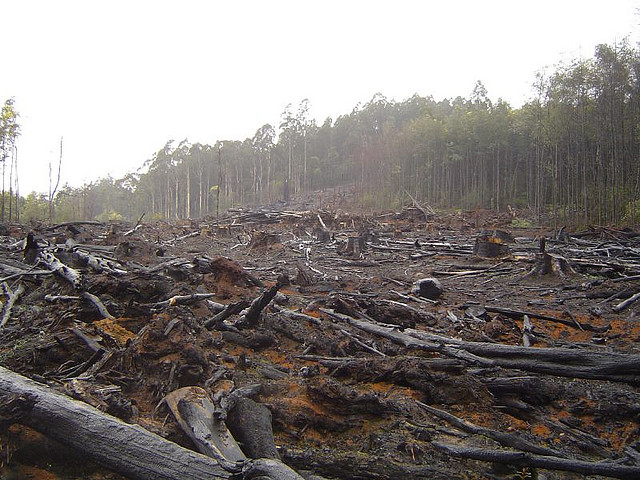 Soy is the world’s largest protein source for the farmed animals that humans eat. Intensive factory farming and soy meal have been an essential component in the production rise of pork, eggs and poultry while the relative costs of these products decline. Farmed animals are fed cheap protein-rich diets to speed up their growth rate.

The world’s insatiable appetite for animal meat has altered the landscape of the western hemisphere, where the land planted in soybeans now exceeds that in either wheat or corn. Around 93 percent of the world’s soy comes from just six countries: Brazil, United States, Argentina, China, India and Paraguay.

Throughout these countries rainforest and savannahs are cleared to make way for the vast soybean monoculture. As China and other parts of the world become more financially well off, the global demand for cheap animal products grows and the resulting demand for soy-based feed will only climb.

To sustain the 9.6 billion people who are predicted to inhabit the earth by 2050, the amount of land designated to grow farmed animal feed alone would have to increase by 42 percent. In reality, the earth is not growing and we are quite literally running out of arable land in trying to meet this inefficient food system demand.

Creating this level of global deforestation has dire consequences to threatened and endangered species who have fewer habitats available to them and many of whom are often killed during land clearing. Unique ecosystems and biodiversity are also being lost. Furthermore, the agricultural destruction of the Amazon rainforest has caused its moisture-generating mechanism to weaken — the rainforest has degraded to such a point where it can no longer regulate its own precipitation systems and there have been droughts in Brazil.

As more rainforests and savannahs are converted to cropland, we lose critical carbon sinks that act as sponges for atmospheric carbon dioxide. Without this assistance of carbon being sequestered, climate change will only worsen as deforestation increases.

As the leading organization at the forefront of the conscious consumerism movement, it is One Green Planet’s view that our food choices have the power to heal our broken food system, give species a fighting chance for survival, and pave the way for a truly sustainable future. By choosing to eat more plant-based foods you can drastically cut your carbon footprint, save precious water supplies and help ensure that vital crop resources are fed to people, rather than livestock. With the wealth of available plant-based options available, it has never been easier to eat with the planet in mind.

Learn more about how the fork can be an incredibly effective tool in the fight against climate change, the future of human health and food security by joining One Green Planet’s #EatForthePlanet campaign.

3. Add  #EatForThePlanet and @OneGreenPlanet in your update.