Can Plastic Be ‘Biodegradable’? New Study Suggests the Jury is Out 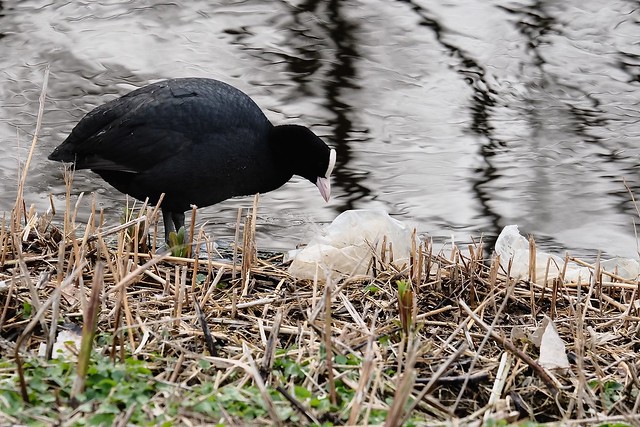 Anyone with an interest in green, eco-conscious living knows that plastic has become a major environmental concern in recent years. They are taking over our oceans and lands, posing a grave threat to marine life, and threatening human health. Unfortunately, only an estimated 15 percent of the plastic we use is recycled. This stands in stark comparison to the 88 percent recycling rate for steel, and the 63 percent rate for paper. This can partly be attributed to the fact that plastic does not biodegrade easily. In fact, it can remain intact for up to a thousand years, before finally breaking down into countless, tiny microplastic fragments.

‘Biodegradable’ and ‘compostable’ plastics are heavily marketed as greener alternatives to standard plastic (click here to learn more about the difference between the two). However, it is important to be aware that ‘biodegradable plastic’ is a loaded term, as it very much depends on the environment to which the material is sent after use.

Biodegradable plastics can disintegrate at a faster rate than other plastics – but only in large industrial composting facilities that intentionally accelerate the biodegradation process, through an environment where the plastic’s exposure to air, water and light is tightly monitored. These plastics will break down at a much slower rate in a natural environment. In this scenario, however, environmentalists’ main concern is that even when they do break down, they will not truly ‘disappear’, but will simply turn into countless fragments of microplastic. Biodegradable plastics are unlikely to break down at all in modern landfill facilities, which are designed to simply store waste, delaying the biodegradation process.

When the bags were dug up three years later, they were still mostly intact and could carry up to five pounds of groceries.

Thompson and his team’s findings were published in the journal Environmental Science & Technology. Their research involved measuring the deterioration of five different types of shopping bags that were immersed in water, buried in soil or exposed to outdoor air.

Speaking of the bags that were buried in the school garden, Thompson said, “It did surprise me that after three years you can still carry shopping home in them. They didn’t have the same strength as they had when they were brand new. But they hadn’t degraded to any meaningful extent.” Of the five types of plastic bags that he and his team tested, they concluded that none of them – including the ‘compostable’ bags – disintegrated enough over the three-year testing period to give them any significant advantage over conventional plastic bags.

This new research makes it clear that the term ‘biodegradable plastic’ has the potential to confuse consumers, leading them to believe that the bag will quickly vanish if thrown away. The scientists warn that if consumers are left with the impression that they are being more responsible by adding biodegradable bags to their recycling bins, that can derail efforts to collect conventional plastic bags to be remanufactured into new bags. Chemical additives in biodegradable plastic can contaminate the mixture, rendering it unusable.

“If you’ve got bags with a self-destruct function, the recycler doesn’t want that mixed in with other bags,” Thompson explained, “They need known and consistent material. So the issue becomes, how do you separate biodegradables from conventional plastics? How is the consumer supposed to know how to dispose of it?”

What can we do?

There are companies and organizations attempting to make a difference and create genuinely compostable bags. One example is EnviGreen, an Indian company that makes cheap (and edible!) bags out of a plastic-like substance composed of starch and vegetable oils.

However, with the jury very much out on the purported benefits of ‘biodegradable’ plastic bags, the best thing we can do is steer clear of plastic whenever possible and opt for cloth or linen bags when we go to the store.