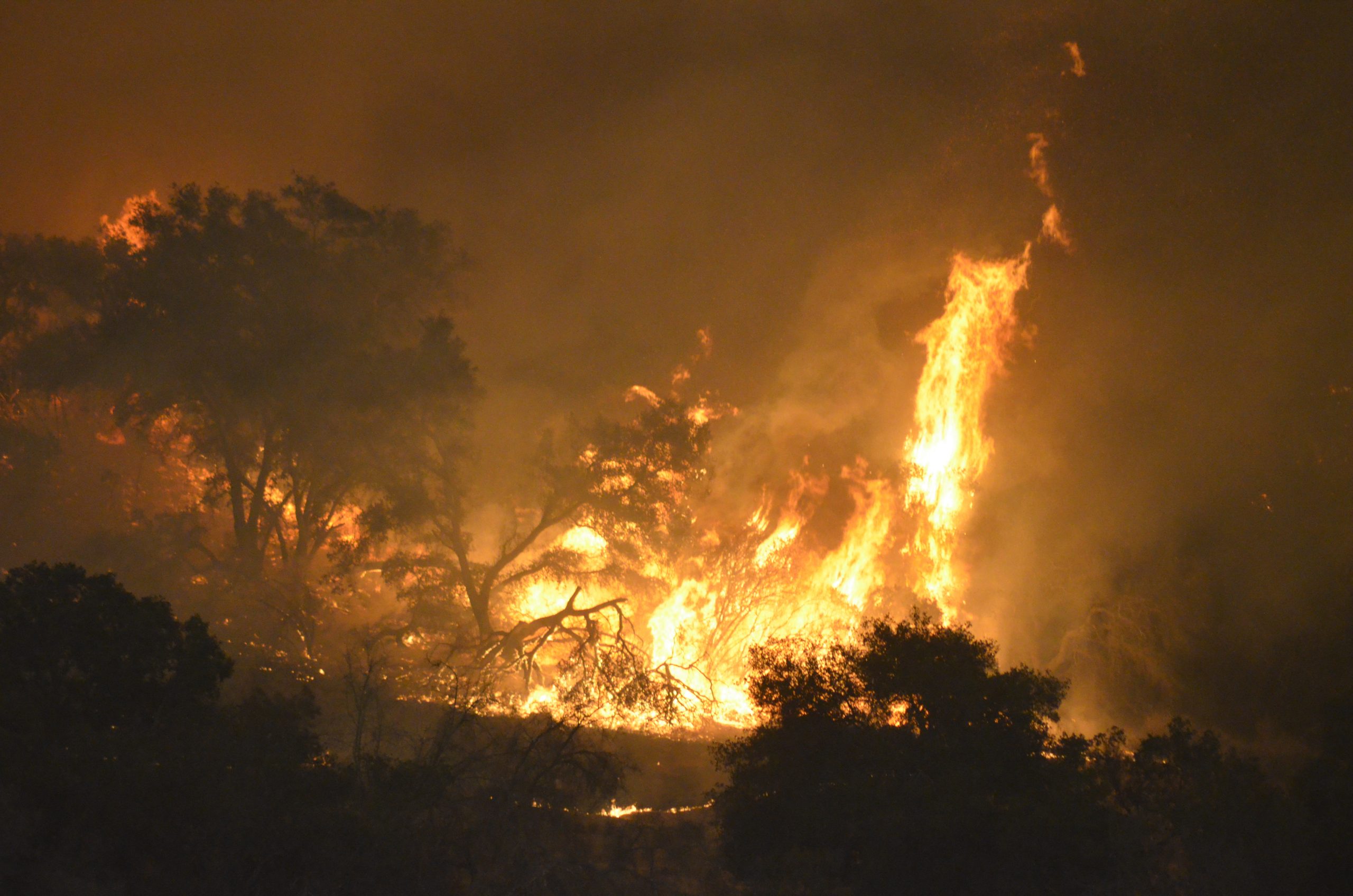 The fires were sparked by 11,000 lightning strikes around the state earlier this week, igniting at least 360 blazes statewide. The largest complexes are the LNU, SCU, and CZU fires in the Bay Area which collectively burned almost 500,000 acres of land and forced tens of thousands residents in the North Bay, South Bay, and Santa Cruz mountain regions to evacuate.

The fires have now claimed at least 6 lives and injured more than 30 people, authorities say.

More than 10,000 firefighters are trying to contain the fires, but they are running low on resources as fires continue to grow in size.

Here's a glimpse at what crews are battling as wildfires rage on in the Bay Area. Wildfire Tracker here: https://t.co/2xjuUaDrfM (Video: @AlamedaCoFire) pic.twitter.com/g3WHJjZiXE

Flames have destroyed nearly 500 structures, threatening almost 50,000 more. Smoke from the fires has worsened an already deadly heat wave and the electrical grid has become overloaded causing many blackouts.

Due to the rising wildfire smoke, air quality in California has become the worst in the world. Satellite images show the smoke being pulled out towards the Pacific Ocean and reaching into neighboring states as far away as Nebraska.

Dr. Stephanie Christenson, an assistant professor of medicine at University of California, San Francisco, is worried about how smoke pollution may inflame the lungs, worsening the effects of COVID-19.

Dr. Christenson said wildfire smoke could result in “longer recovery time and even re-hospitalization,” among patients who are recovering from the virus. And for those who are asymptomatic, the irritation from smoke could cause them to start coughing, she said, which would increase the risk of transmitting the virus.

COVID-19, which kills 130 Californians a day, further complicates the wildfire recovery effort as hospitals are already overwhelmed by the virus and evacuation shelters are not able to house enough residents while maintaining social distancing.

“Not only are we dealing with COVID, but with also the heat and now the fires,” the 69-year-old evacuee Cheryl Jarvis said to CNN.

Rather than staying in Ulatis Community Center in Vacaville, Jarvis and her daughter have been sleeping in her Toyota Prius.

“We didn’t want to go inside because there are too many people,” Jarvis said, citing COVID-19 concerns in the shelters.

Hairy conditions as the #LNULightningComplex fire burns along both sides of Berryessa Knoxville Road near Lake Berryessa. @GettyImagesNews @CAL_FIRE pic.twitter.com/EVWKsgsump

Lightning strikes across the U.S. are expected to increase by about 50 percent by 2100 according to one 2014 study. Warmer air caused by climate change carries more water vapor, which provides the fuel for strong updraft conditions that cause lightning strikes.

In general, climate change has increased the intensity of the fire season. More than half of the U.S. Western States have seen the largest wildfires on record since 2000.

Wildfires will likely become more frequent in the U.S. due to global warming from the burning of coal, oil, and gas which dries plants and makes them more flammable. Climate change has also slowed the jet stream, the river of air that moves storms and daily weather, leading to more frequent dry periods that are conducive to wildfires.

More fires will cause more smoke, likely compounding this pandemic caused by a respiratory disease. Climate change is a matter of public health and safety as well as a threat to human and animal ecosystems.

See the horrible damage and devastation caused by the fires in these photos from the New York Times.

Read more about how climate change and fires are related.

If you have the means, consider donating to the following groups to help human and animal victims of the California fires: