As Bee Populations Decline So Will Healthy Food

It’s often been said that bees are responsible for one out of every three bites of food we eat. According to Achim Steiner, the executive director of the United Nations Environment Program (UNEP), “of the 100 crop species that provide 90 percent of the world’s food, over 70 are pollinated by bees.” As such, pollination is a keystone process in terrestrial ecosystems and major parts of agriculture. But as bee communities, both wild and managed, have been rapidly declining over the last half century, concerns mount for the future of our global food system that pollinators are so intrinsically a part of.

A recent study has been able to quantify both the nutritional and health outcomes for human populations around the globe that are associated with the potential decreased intake of pollinator-dependent foods. The current concerns that we have for the remaining bee populations and our global food system can now intensify by the threat of, according to the study, rising nutritional deficiencies and chronic non-communicable disease.

According to the FAO, pollinators such as bees, birds and bats affect 35 percent of the world’s crop production, increasing outputs of 87 of the leading food crops worldwide, as well as many plant-derived medicines. The FAO also states that approximately 80 percent of all flowering plant species are pollinated by animals, including vertebrates and mammals — but the main pollinators are insects. These pollinating insects, bees especially, play a critical role in the continuation of natural plant communities and ensuring the production of seeds, which are linked directly to our global food system. 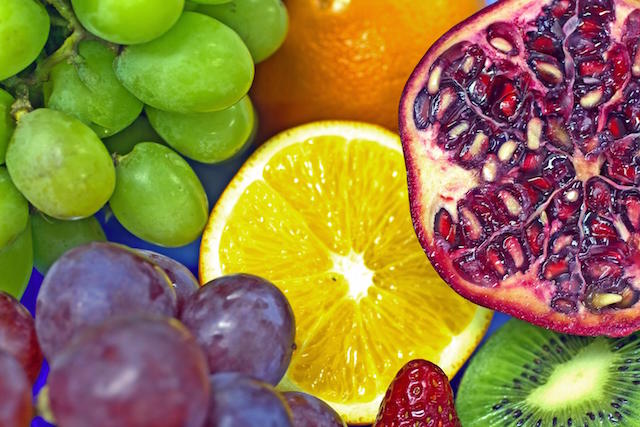 Without bees, humans would not have most of the fruits, seeds, nuts and vegetables that we eat today. These foods provide necessary nutrition and fight against chronic diseases, such as cardiovascular disease and type 2 diabetes, which animal food products are known to contribute to. The majority of the food we eat every single day and our resulting survival is reliant on these tiny little insects that individually are not much bigger than one of our fingernails.

The recent study by The Lancet (.pdf) provides the first global analysis of the contribution of pollination to human health through diet and specifically examines our reliance on pollinator-dependent foods for controlling chronic and malnutrition related disease.

The study has said that “pollinator declines could lead to substantial new disease burdens from both micronutrient deficiencies and chronic diseases,” where inadequate intakes of nutrients such as vitamin A and folate can affect growth, immune system functionality, reproduction, vision, DNA synthesis and cell division, while increasing mortality from infectious disease.

Furthermore, the study advised that “insufficient intakes of the key foods affected by pollinator species — fruits, vegetables, nuts, and seeds — are each risk factors for non-communicable diseases, including cardiovascular disease, diabetes, oesophageal cancer, and lung cancer.”

In the event of a complete death of the animal pollinators, upwards of 71 million people in low-income countries could become newly deficient in vitamin A and estimates for folate deficiency were 173 million. For those already consuming below average requirements for vitamin A and folate, a further 2.2 billion and 1.23 billion people respectively would see further deficiency decline.

Under full pollinator service loss, the average global fruit supplies could decline by 22.9 percent, vegetables by 16.3 percent, and nuts and seeds by 22.1 percent. This kind of decline in available fruit, vegetables, nuts and seeds will have a drastic impact on global health involving nutrient deficiencies and chronic disease increases. The regions most vulnerable to increased non-communicable disease burden are in eastern Europe, south and southeast Asia, and sub-Saharan Africa.

Humans have reshaped the planet without considering the full implications of our actions on the critical web of different ecosystems. As we damage the home we share, we directly threaten our own survival alongside the survival of many other species.

Bees and other pollinators are not going to survive without a radical transformation in how we connect to our environment. The destruction of the bees is just another disappointing example of how anthropogenic human activity impacts other species. Indeed, the bees are suffering and dying because we have created a world that is increasingly inhospitable to them where the demand for pollinators increases while their habitats are removed.

Horticulture and agriculture have increased dramatically over the last many decades, while the landscape has become more uniform due to the intensity of agriculture involving both animal and plant. Our current food systems, animal agriculture especially, are incredibly resource inefficient driving water scarcity, deforestation, land degradation and have created substantial habitat and biodiversity loss, which is driving the 6th mass species extinction. 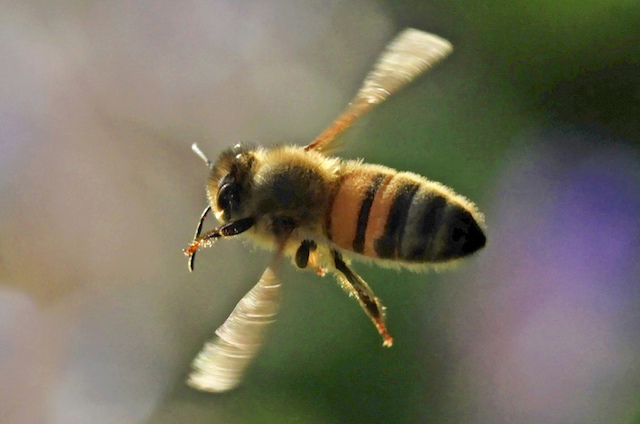 Policy makers need to be aware of a country’s vulnerability to pollinator declines so they can create strategies which are needed to address the threats and optimise health outcomes. This year, the U.S. Government established a task force and strategy to promote the health of honey bees and other pollinators and the increased study of environmental and anthropogenic stressors. The European Union has instead focused on restricting use of pollinator-harming neonicotinoid pesticides and promoting national apiculture programs.

Individuals can help the plight of the bees in several ways. Firstly, take animal products out of your diet and life and don’t support the industries which cause the majority of ecosystem, biodiversity and habitat destruction that threatens bees. According to the U.S. Department of Agriculture, crops like corn and soybeans (which are main staple crops used for livestock feed) accounted for around 80 percent of pesticide use in 2008. With this in mind, you can guide your food choices to minimize the impact that they have on the very important pollinators that make another large portion of our diets possible. Join One Green Planet’s #EatForThePlanet campaign to learn more about how you can use your food choices to effect positive change. When you are choosing produce, always look for organic to ensure that pesticides (which can also be harmful to you) weren’t used in the process. If bees disappear, we starve, so making these subtle shifts in your current eating habits can help create a more sustainable food future for us all.

In addition to your consumption habits, you can also plant a window garden to encourage biodiversity and feed the bees while not using pesticides and herbicides. Find out what else you can do to help the disappearing bees today.