How Bees Benefit Other Living Things 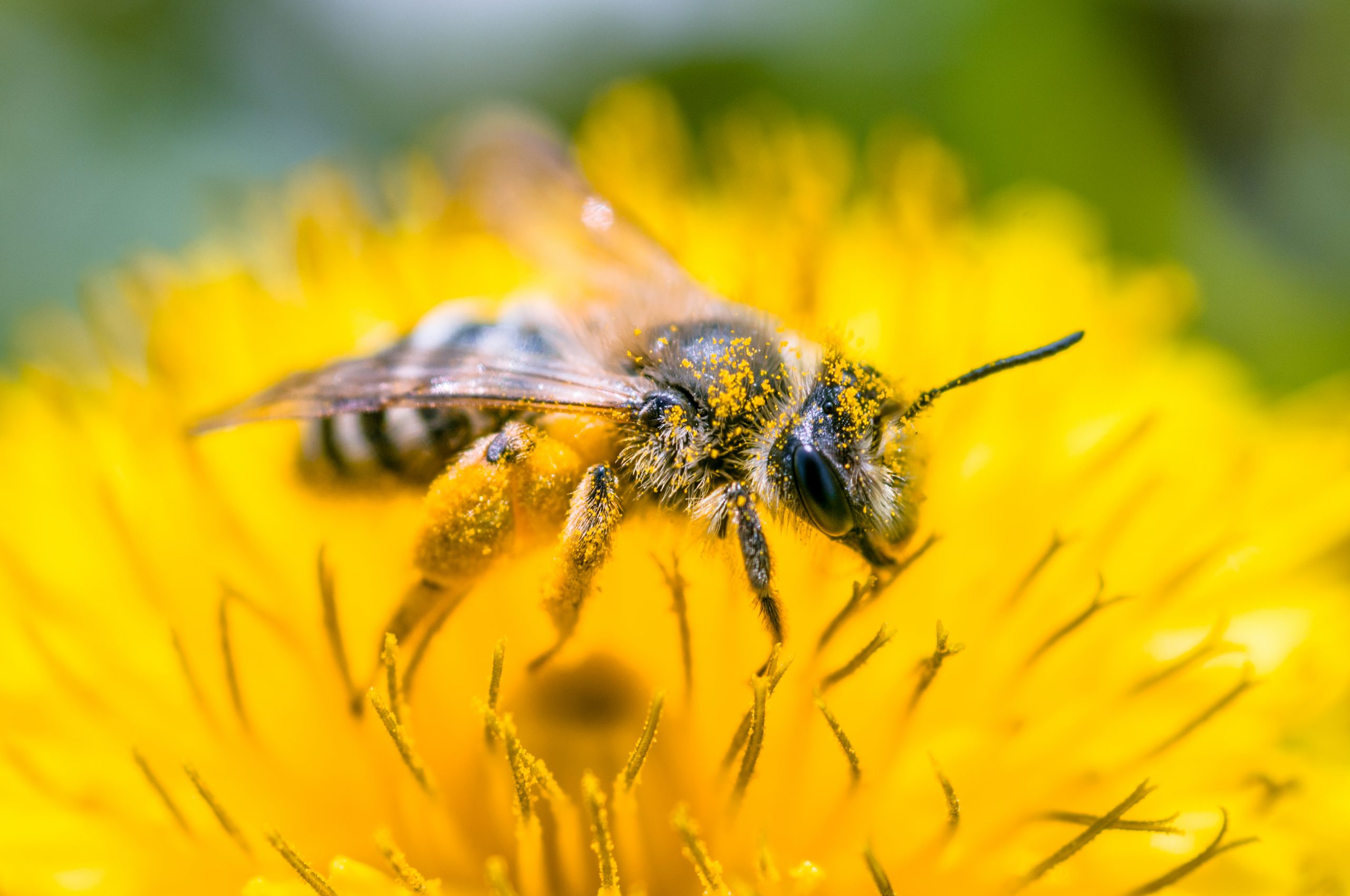 If bees didn’t exist in our world today, it would look like a very different place – and our lives wouldn’t be nearly the same either. These industrious insects have been around for roughly 125 million years (give or take 15 million years or so) and although bee numbers are sadly declining, the remaining survivors continue to act as invaluable resources to our planet and its other residents in numerous ways.

Both plants and animals alike owe many thanks to the bees of the world but perhaps humans owe them the most appreciation. Our relationship with them began as early as the year 6000 BCE in Spain when humans began utilizing the fruits of their labor: since then, we’ve been taking advantage of their honey as a food source, medicine and form of currency, wax as a sealant and for candle-making, and of course, a bounty of actual fruits, vegetables, and nuts.

Bees truly are miraculous creatures – let’s examine the ways they benefit our lives and the other residents of planet Earth.

Bees Benefit Plants by Assisting With their Propagation

Insect pollinators such as bees and flower-bearing plants are the perfect example of a symbiotic relationship in nature – two species, both have something the other needs which they then cooperatively share alike, thus benefiting both.

Bees need pollen and nectar for food and honey making; flowers need their pollen transported to other flowers, and then another flower’s pollen brought back to it in order to reproduce and make seeds. By merely traveling from flower to flower, bees effortlessly accomplish these needs of both parties.

The agricultural benefits of bees have been well documented; their pollination services to our agricultural crops are responsible for one out of every three bites of food we eat.

In fact, they are responsible for pollinating more than 90 of our traditionally favorite flowering crops such as apples, asparagus, avocados, blueberries, broccoli, celery, cherries, citrus crops, cranberries, cucumber, kiwis, and melons, just to name a few.

An estimated 80 percent of food in grocery stores is available on the shelves, thanks to bee-pollinated crops.

Humans may have become the most efficient animals when it comes to obtaining honey (the 2013 honey crop in the U.S. had an estimated value of $317.1 million dollars) but plenty of other animal species also enjoy indulging in it.

Bears are perhaps the most notorious hive raiders, but other animals such as birds, bats, raccoons, skunks, opossums, and countless insects are just a few of the other wild residents who will readily take advantage of the contents of a newly broken open hive. Many times not only will honey be eaten, but the energy and protein-packed bee larvae will be as well.

Bees Benefit All Living Things by Acting As Environmental Indicators

The mysterious decline in bee populations worldwide is a clear sign of something going awry in the environment.

One of the prime suspects of bee die-offs is a dangerous new group of pesticides called neonicotinoids. These pervasive killers are found in crops from corn to almonds, and in products around the average home like pet flea treatments and lawn care products. They are believed to damage the immune systems of bees, rendering them unusually susceptible to disease.

Like the crashing bird populations just a few decades previously when DDT was poisoning our ecosystems, the startling but steady world die-off of bees is a clear indicator of something unhealthy and unbalanced occurring in our environment.

The bees need help, and for so long we have relied on them for their incredible food-producing superpowers and the byproducts of their laborious work – it’s time to now help them.