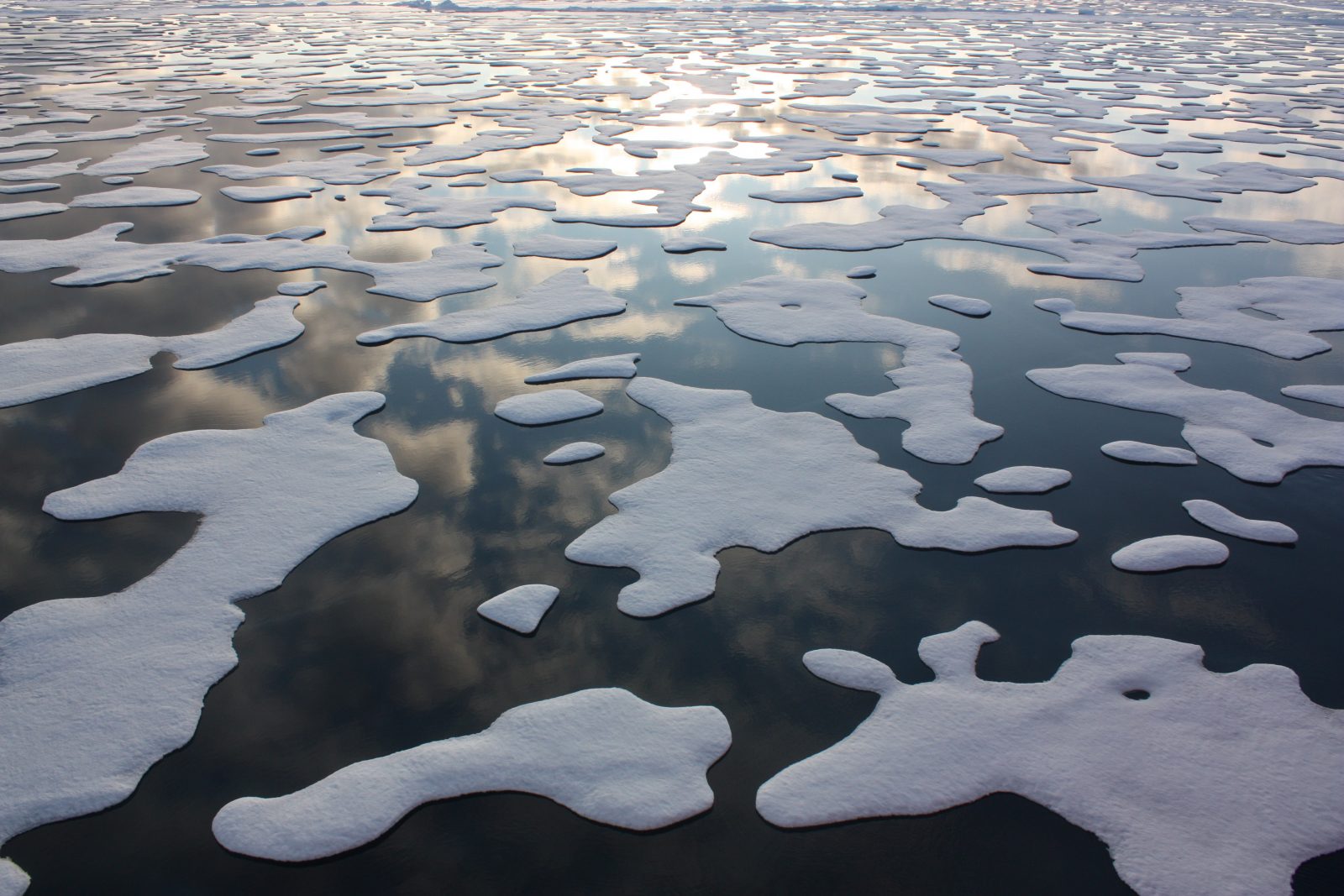 In early January 2017, both NASA and the National Oceanic and Atmospheric Administration (NOAA) released separate reports, both with the same conclusion: 2016 was the hottest year on record (you can access the full NOAA report here). Scientists have been monitoring temperatures since 1880 and have since observed a worrying pattern of increasing global temperatures, a trend which has yet to show any signs of slowing. Last year, the global average temperature was 0.94 degrees Celcius (1.69 degrees Fahrenheit) higher than the average for the 20th century. But nowhere else are the effects of climate change as clearly visible as the Arctic Ocean, because while it may be one of the coldest places on Earth, according to the most recent NOAA report on the region, it’s also warming the fastest. 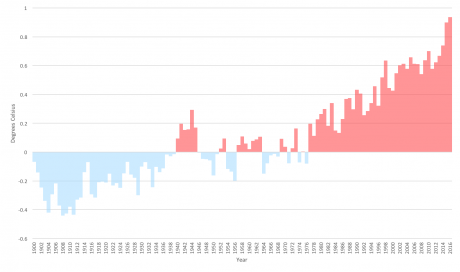 Degrees in Celsius above or below the average for the 20th century as a whole, excluding years before 1900. NOAA

Rising Temperatures in the Arctic

The Arctic Circle encompasses a vast frozen ocean, the edges of which annually thaw and refreeze with the changing seasons. For millions of years, ice has been a constant feature of our planet’s distal poles, sequestering much of Earth’s water in massive glaciers and keeping sea levels relatively low. But as our planet begins to warm due to the industrial and agricultural emissions of carbon dioxide and methane caused by humans, the Arctic is beginning to melt.

Warming roughly three times as fast as the rest of the planet, the Arctic circle has experienced a 3.5 degree Celcius increase in temperature since the beginning of the 20th-century, and last year was no exception. In fact, winter air temperatures in the month of January last year were in some places eight degrees Celcius above the normal average. As a result, the Arctic Ocean had the least amount of ice scientists directly observed since they starting monitoring it via satellite imagery in 1979.

As the ice recedes, retreating further and further north, solar radiation that was once reflected back into space due to the high albedo effect of ice is now warming an increasing amount of water, and the radiant heat this creates further exacerbates both regional and global warming.

But one of the biggest dangers lies dormant beneath the ice. The Arctic’s permafrost holds a vast amount of dead organic matter, mostly plant roots that are a remnant of warmer times. The ice has kept the organic matter from decaying, but the permafrost is beginning to thaw as well as the ocean, releasing both carbon dioxide and methane as bacteria start breaking down the ancient remains of these plants. Between 1,330 and 1,580 billion tons of organic carbon is currently locked away in the Arctic, which is approximately twice as much as the amount currently in our atmosphere. This creates a dangerous feedback loop in which, the more the climate warms, the more greenhouse gases are dispersed into the atmosphere.

But besides the obvious repercussions, this will have on global temperatures and sea levels, there are also more nuanced threats we’ve begun to observe in remote corners of the world. A recent heat wave in Russia is currently believed to have thawed the decades-old remains of a deer infected with anthrax, which quickly spread to local wildlife and residents, sparking an epidemic. Other diseases, like smallpox and the bubonic plague, are also known to be frozen in the tundra of Siberia.

This news comes at a critical time of transition in the United States, as President Trump nominates officials that are openly hostile to environmental regulations and who repeatedly reject scientific data showing the relationship between industrial carbon emissions and our warming climate.

Not even a full week into the presidency, the president’s cabinet has banned scientists from the Department of Agriculture from disseminating scientific information and has ordered the Environmental Protection Agency to freeze money going toward grants and contracts, as well as an order that restricts employees from talking to the press. It now seems that plans to build both the Keystone and Dakota Access Pipelines, which had been stalled by former President Obama and the U.S. Army Corp of Engineers respectively, are now eminent, as President Trump signed executive orders that open the way for their continued construction.

These changes make it more important than ever for individuals to strenuously advocate for environmental protection by voting and writing your local legislators and to take what small steps we can to ensure that the planet we leave for the next generation isn’t in worse condition than the one we inherited.

You can make a difference by choosing to walk or bike to work rather than driving, seeking out recycling bins for plastic waste, and even being mindful of the impact of your choices. But there is also another solution that can have an enormously positive impact for the planet: changing the way you eat.

The animal agriculture industry is responsible for around 14.5 percent of the global greenhouse gas emissions – that is more than the entire transportation sector. By leaving meat off your plate, you can cut your carbon footprint in half – and choosing to swap out dairy and eggs too can have any even larger impact.

To learn more about how you can attack the problem of climate change with your fork and knife, join One green Planet’s #EatForThePlanet movement and together, we can save our planet.