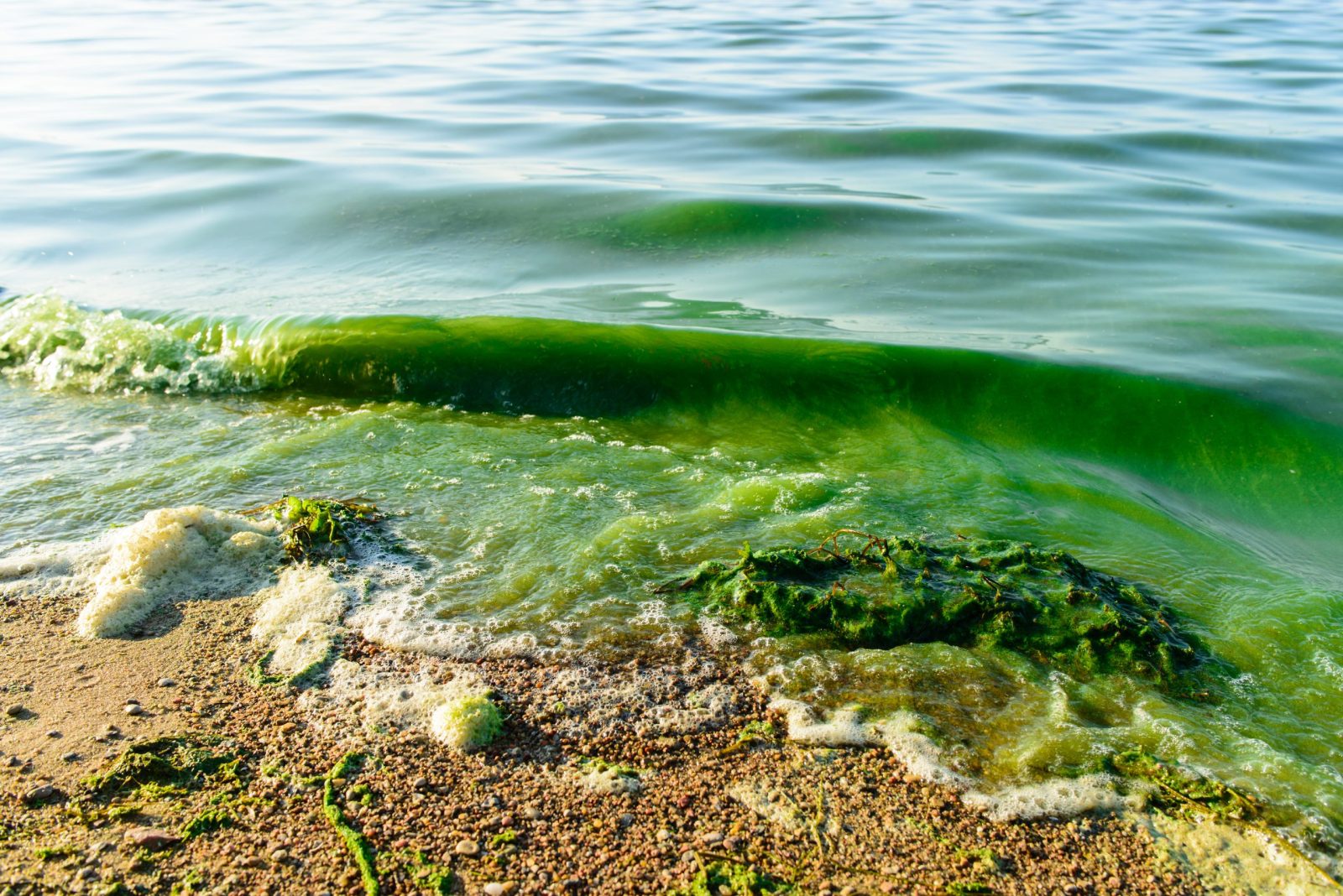 “About three weeks ago, the last week of July, we started getting reports of a very unusual brown discoloration of the water,” Ian Wren, a scientist with San Francisco Baykeeper, told ABC7 News. “Soon thereafter we learned the Department of Public Health had taken samples around Jack London Square and they identified the species that’s causing this bloom.”

Wren and other scientists at the San Francisco Baykeeper have been collecting water samples from different parts of the bay and sending them to labs to be analyzed. The algae have been discovered in other parts of the Bay area too.

“We’re not quite sure what’s causing it,” Wren told ABC7 News. “There are some physical factors that might have sparked this bloom. such as that it’s been relatively clear out, the winds have died down a little bit, we have warmer waters, however, it’s really hard to associate what causes this kind of bloom.”

However, Wren says that the nutrients like phosphorus and nitrogen polluting the bay are huge factors.

“There’s about 40 wastewater treatment plants that discharge a lot of phosphorus and nitrogen into the water,” Wren told ABC7 News. “And that’s the building block for algae such as this.”

So what is a toxic algal bloom? Put simply, it is a rapid increase in the population of algae in an aquatic system. These are typically caused when runoff from farms and other industries gets into the water system leading to an excess of nutrients that enable the algae to grow out of control. As these algal blooms grow, they not only lead to a toxic layer of green scum on the water, but they can lead to the formation of dead zones or areas where there is no oxygen in the water. Cyanobacteria, or blue-green algae as it is also known, is usually the main culprit in these toxic algal blooms.

The algae blooms pose a huge threat to sea life. Algae bloom in Florida caused a terrifying amount of manatees and dolphins to die. Although some say that these blooms are not harmful to humans, studies have found that the toxins from algae blooms can become airborne.

Wren says that one of the best ways to prevent future outbreaks like this is to stop these wastewater plants from releasing these nutrients into the water. However, another way to stop these, which not many people focus on, is cutting down our meat consumption.

One of the biggest culprits contributing to toxic algal blooms is run-off from agricultural fields and cow pastures, getting into large bodies of water near urban areas. We can talk about not polluting our local water supplies, but that’s pretty much a given. A longer-term impact can be made by reducing our meat and dairy intake. This isn’t an overnight solution, but if the demand for meat and dairy products is vastly reduced, then we will not need the number of agricultural fields, cow pastures, and so on, that are to blame for so many of the algal blooms we are currently seeing.

It might seem like a small token to change our diets, but if everyone was to do their part, we could heal our broken food system, give our planet time to heal, and pave the way for a sustainable world for future generations.