South Florida has long been known as a haven for beautiful aquatic wildlife such as turtles, dolphins, fish, seabirds, and manatees. If you take a trip to the region now, however, you may very well see more dead marine animals than live ones. That’s because toxic algae is spreading through the coastal waters of South Florida, causing what is known as a “red tide” to form, and it is killing wildlife at alarming rates due to lack of oxygen. The explosion of wildlife-killing algae in the area is largely a result of agricultural run-off linked to the Big Sugar industry. 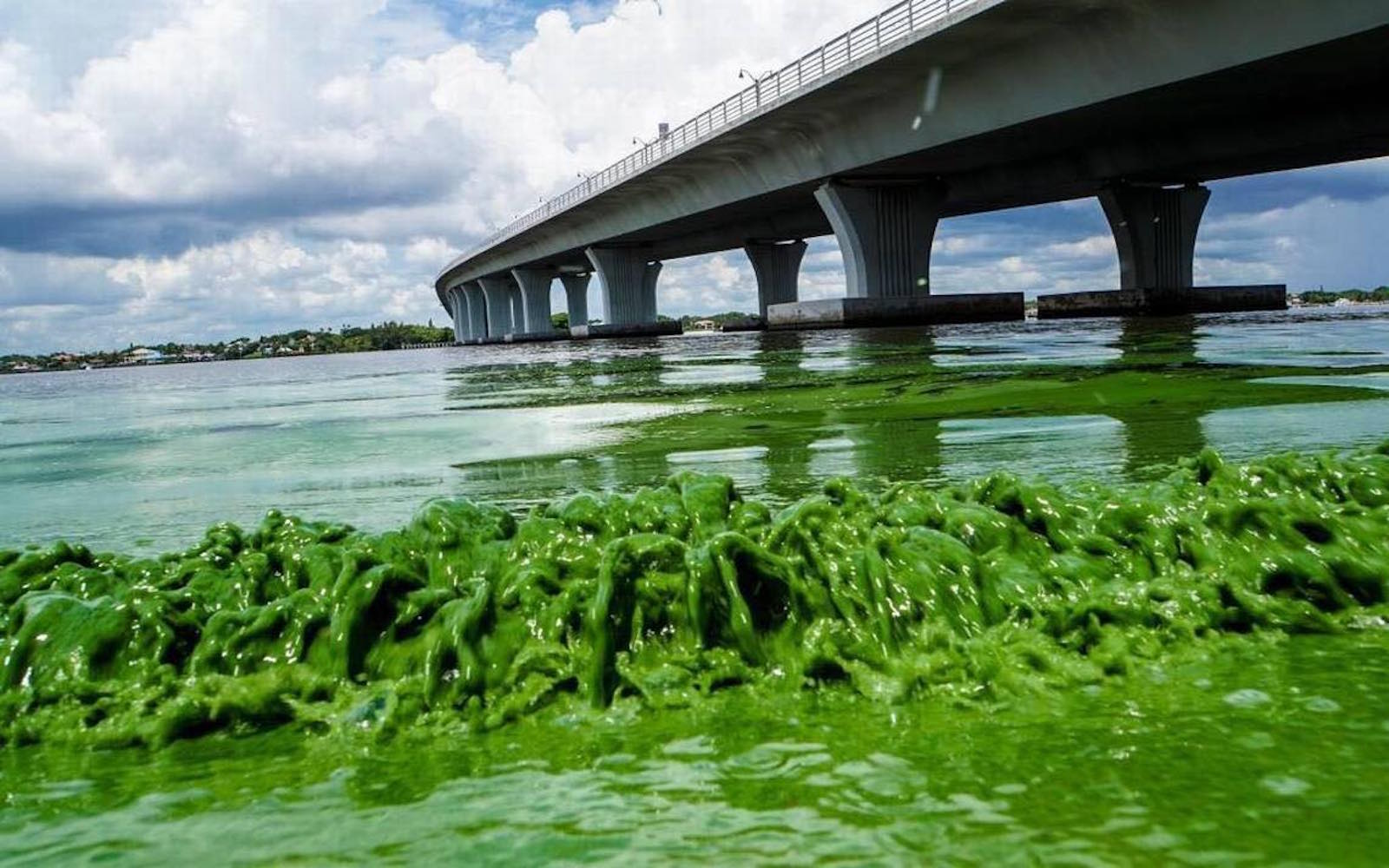 Since the bloom began back in November of last year, hundreds of dead manatees have been pulled from the waters of South Florida. 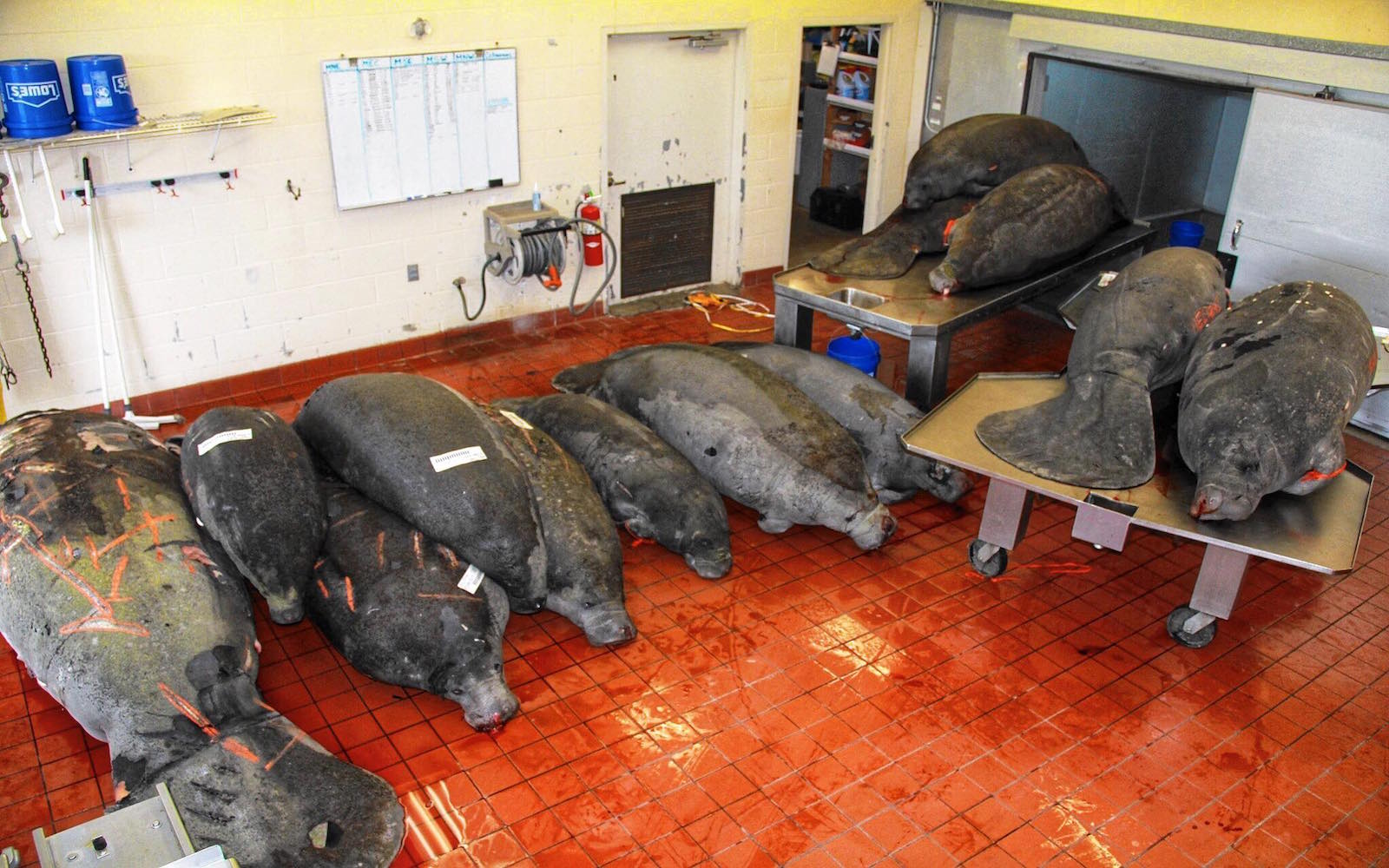 Recently, the body of a lifeless manatee was retrieved from the Cape Coral Yacht Club. In the words of Florida Fish and Wildlife Conservation Commission spokeswoman Michelle Kerr, “There was one dead female manatee. The cause of death is not determined yet, but it was found in a location with high concentrations of red tide.” 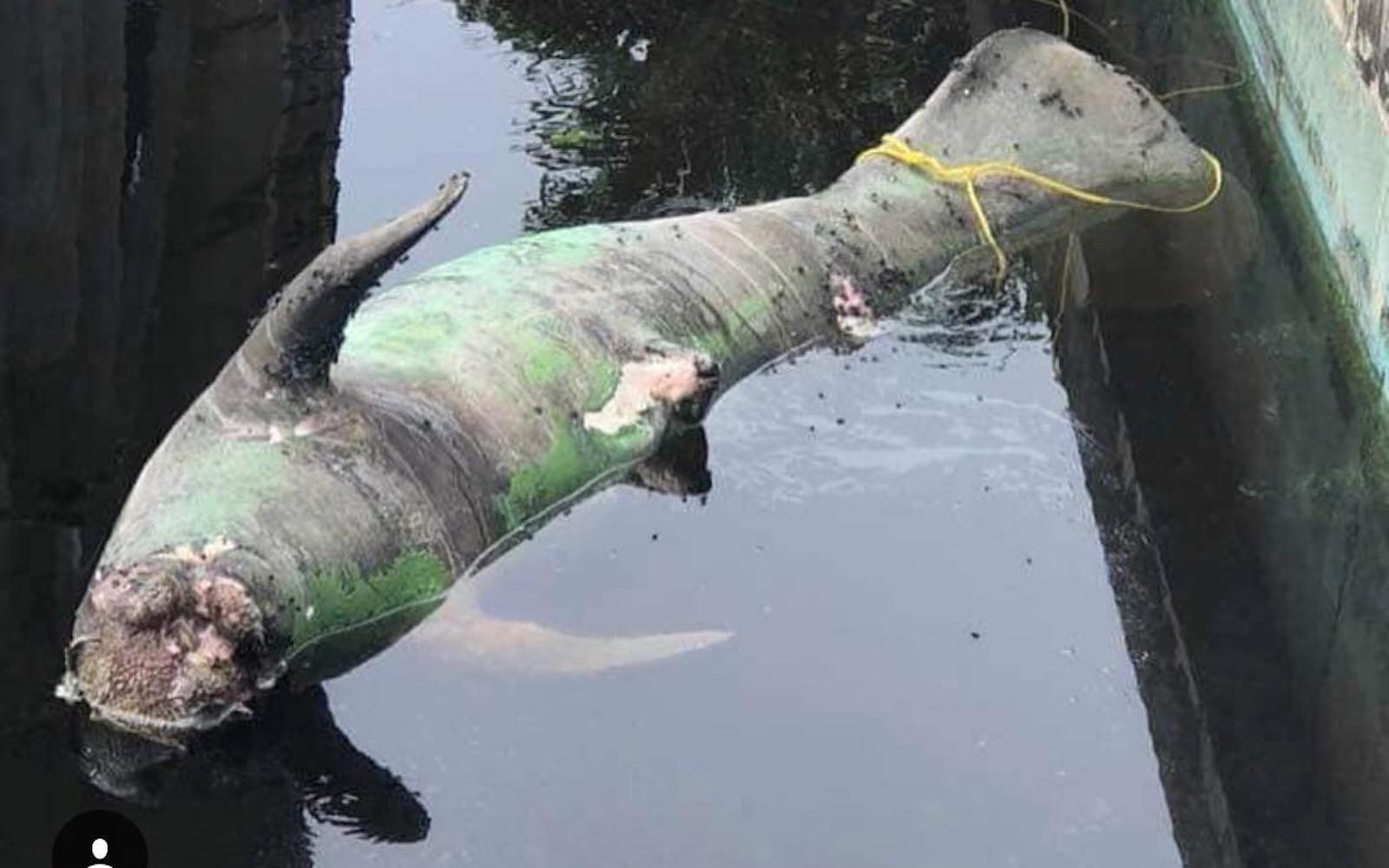 Further, as chemicals from human activities leach into their habitats and fuel algae blooms that make it impossible for them to breathe, countless other dead marine animals such as the dolphin below are washing up on South Florida’s beaches at concerning numbers. 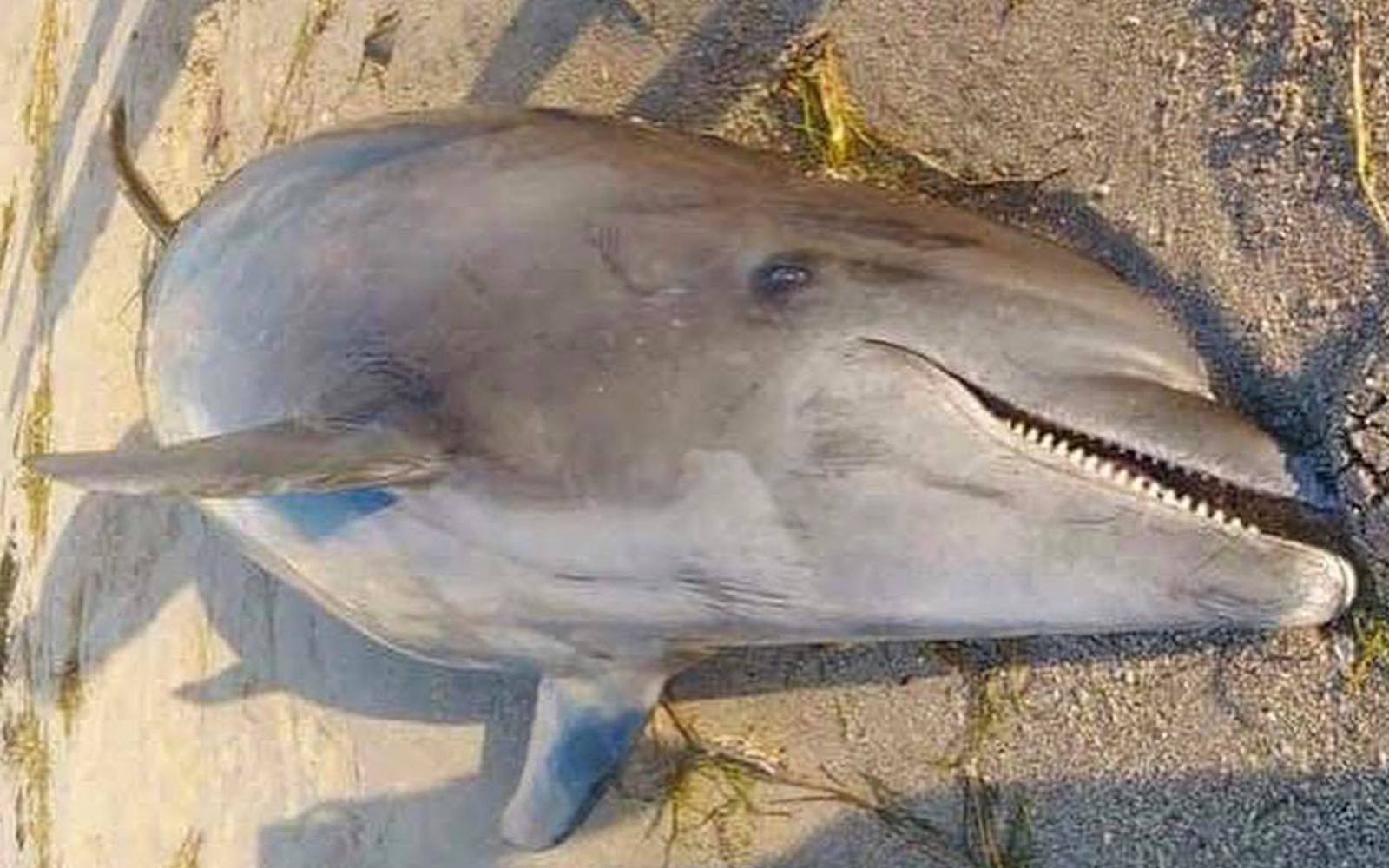 In addition to having devastating impacts on wildlife, the toxic algae responsible for the red tide currently plaguing the waters of Sanibel Island, Lee County, Tampa, and even the Florida Keys is also potentially hazardous to humans: Exposure to the blooms can lead to respiratory distress in people with pre-existing conditions and, if ingested, can cause symptoms ranging from vomiting to kidney failure.

If something isn’t done soon to restore the delicate balance of South Florida’s aquatic ecosystems, the red tide will continue to go unchecked, thus proceeding to kill even more oxygen-deprived wildlife and making people who live near the polluted waterways sick.

A petition has been set up urging political leaders in the area to take action to correct what humans have done to these precious waters and prevent future blooms. The petition needs many more signatures in order for its important message to be heard, so PLEASE, help stand up for Florida’s beautiful wildlife by adding your name!

This is hardly the first major algae bloom that has been caused by agriculture run-off … and it is not likely to be the last. The good news is we can all play our part to help by learning more about how the foods we eat drive run-off pollution. Check out these resources below for more:

Also be sure to check out the #EatForThePlanet book and join the movement to transform the planet for the better with our food system!