Air Pollution Kills 3 Million People a Year. What do Cheeseburgers Have to Do With It? 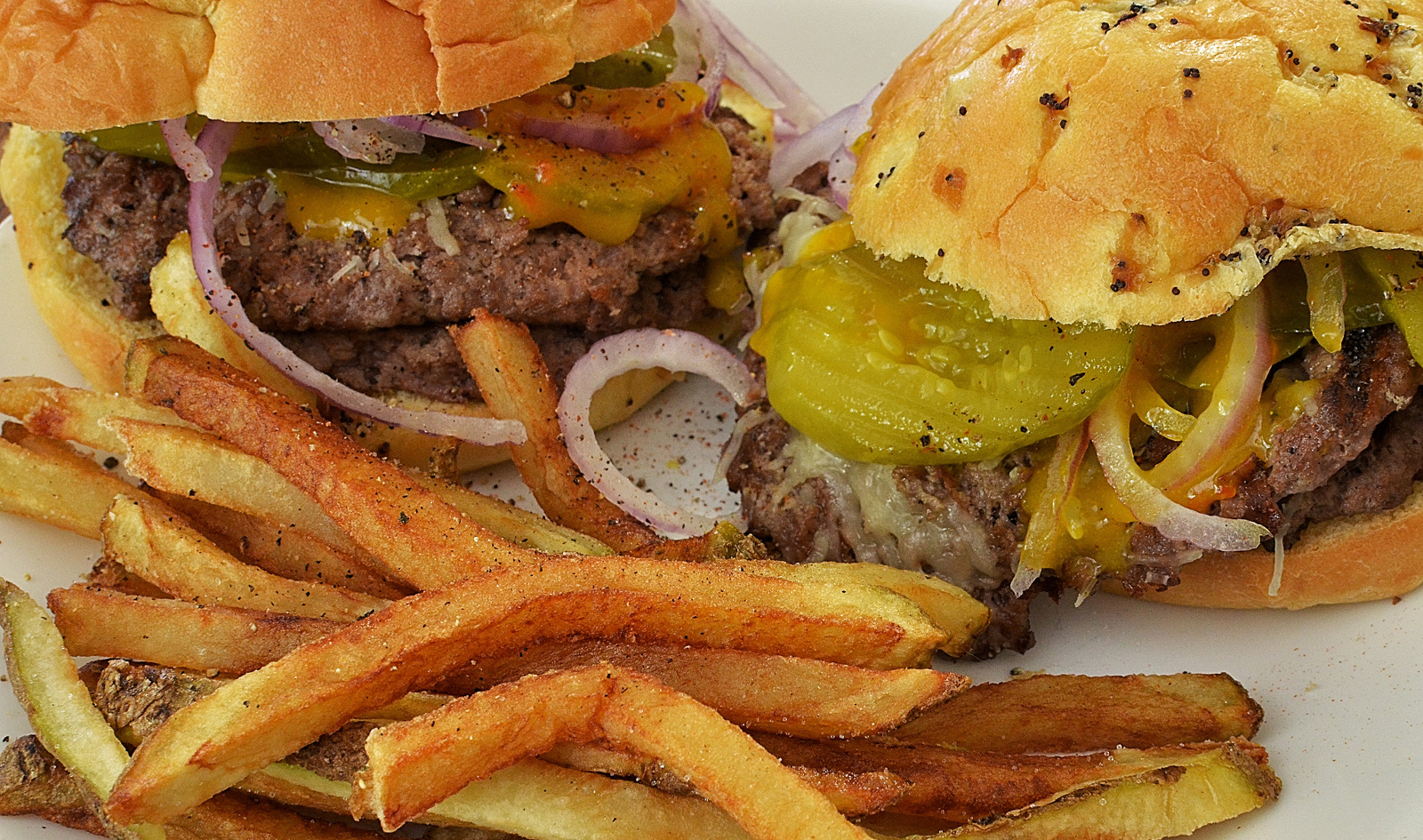 The discussion around outdoor air quality has experienced an evolution of sorts as scientists recently shared some shocking new study results around the topic. Researchers from the Max Planck Institute for Chemistry are attributing 3.3 million premature deaths worldwide each year to outdoor air pollution. What’s more, researchers only expect these numbers to double by the year 2050. That’s nearing 7 million people that will lose their life to air pollution every single year!

While the sources of air pollution are numerous and varied, some of the largest offenders include the animal agriculture and fossil fuel industries. Many people believe that issues with outdoor air quality can only be solved by way of legislation or caps assigned to the worst offending industries, this isn’t entirely the case. Although these important measures play a large role in reducing air pollution, you can play an equally important role with your food choices.

Is What You’re Eating Affecting Your Breathing?

Animal agriculture especially is showing to have a variety of negative impacts on our environment, from killing coral reefs to wiping out polar bears. And air quality is quickly emerging as yet another environmental characteristic that’s taking a hit from our food decisions, and especially our decision to consume animal products.

So, how exactly are cheeseburgers and chocolate milk playing into air pollution?

Ozone, ammonia, and particulate matter are three of the major pollutants that researchers identified as the most harmful to human health. Incidentally, these prime offenders are closely tied to the animmal agriculture industry.

For starters, particulate matter is often attributed to factory farms and feedlots. It can result from animals moving around and stirring up dust, dried manure blowing around, and the movement of animal feed around the feedlot. In a recent study, Texas researchers placed air samplers 10 to 30 yards both upwind and downwind from beef and dairy feedlots throughout the fall and winter months. A stunning 100 percent of the samples tested positive for fecal matter containing Monenisin, an antibiotic that is commonly used in human medicine. In addition, 60 percent of the downwind samples and 30 percent of the upwind contained Tetracycline antibiotics, which are used to treat pink eye and urinary tract infections. Not only does this mean that if you leave within throwing distance of a factory farm, there’s a high chance you’re breathing in poop, but also a slew of antibiotics, and likely antibiotic resistant bacteria as well.

Ammonia is another air pollutant that comes directly from animal agriculture. Seeping out of manure, all the animals you use for meat and dairy end up polluting the very air you breath. Around 80 percent of ammonia emission in the U.S. come from farm animal waste. Ozone also ends up where it doesn’t belong as the result of livestock. As cows release methane, a volatile organic compound, the methane contacts nitrous oxide in the atmosphere and forms ground-level ozone.

Now, as has been mentioned, the problem of air pollution worldwide is a complex issue that will require a variety of solutions. But it is noteworthy that some of our everyday choices are directly contributing to the problem. This isn’t just an issue of the cars people around the world are driving, how they are getting their energy, or how they cook their food and heat their homes. This is also a question of what we as individuals choose to put on our plates and in our bodies every day, and the severity of air pollution we may be causing as the result of our choices. Part of solving this big and scary problem really comes down to us.

If You Care About Clean Air…

Take action! It’s obvious that outdoor air quality depends on a lot of little things in the environment. Some may be more out of your control than others, but don’t be afraid to act where you can!

As the leading organization at the forefront of the conscious consumerism movement, it is One Green Planet’s view that our food choices have the power to heal our broken food system, give species a fighting chance for survival, and pave the way for a truly sustainable future. By choosing to eat more plant-based foods, you can drastically cut your carbon footprint, save precious water supplies and improve restore air quality. With the wealth of available plant-based options available, it has never been easier to eat with the planet in mind.

To learn more about how you can use your food choices to help improve air quality, join One Green Planet’s #EatForThePlanet campaign.