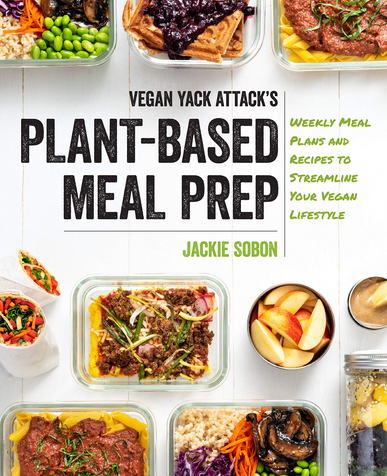 Jackie Sobon is a food photographer, recipe developer, and author specializing in vegan food. She is the founder of the popular food blog Vegan Yack Attack, which has been showcasing her creative recipes and stunning photography since 2011 and has been placed on many top blog lists. Her work has been featured on websites such as KTLA News, Good Morning America, Kris Carr, PureWow, Babble, and BuzzFeed. Jackie has photographed cookbooks for the likes of Jason Wrobel, Happy Herbivore, and other plant-based authors. She is the author of Vegan Bowl Attack! and Vegan Yack Attack on the Go! and has self-published three e-books. She is also the Sweet Treats columnist for VegNews magazine. Find out more at veganyackattack.com/and on Instagram @veganyackattack.