10 Reasons Why Sloth Bears Are The Cutest 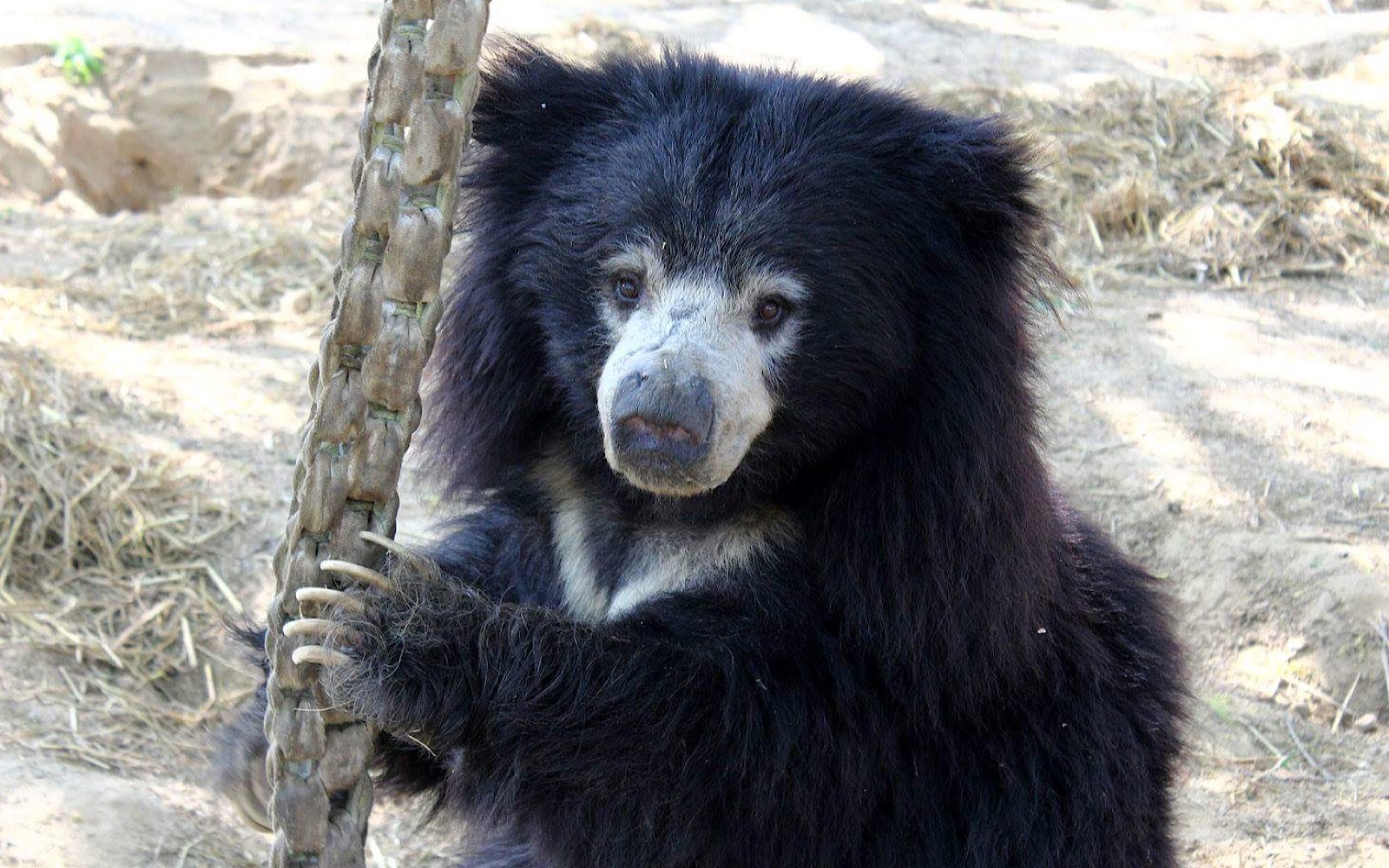 Sloth bears are irresistibly adorable and can melt your heart at a glance. Their name is quite misleading though, as sloth bears are not related to sloths and are not slow moving; they can, in fact, run faster than humans. The shaggy-coated bear is native to India, Sri Lanka, and Nepal. Mostly snorting and grunting, the reclusive sloth bears wander alone at night in search of insects, fresh fruits, and termites. Unfortunately, these charismatic animals are not exempt from the trauma instilled by humans. Sloth bears are listed as Vulnerable on the IUCN Red List. This is mainly because of habitat loss and poaching. These innocent animals are illegally hunted and were tortured and used in performances as dancing bears in India. Poachers hunt them for body parts, especially their gall bladders, which are used for traditional Chinese “medicine.”

When it comes to sloth bears, we are hugely unfamiliar with the species and the threats faced by these animals. Take a quick look at the images below and try to stop yourself from saying “aww” out loud! 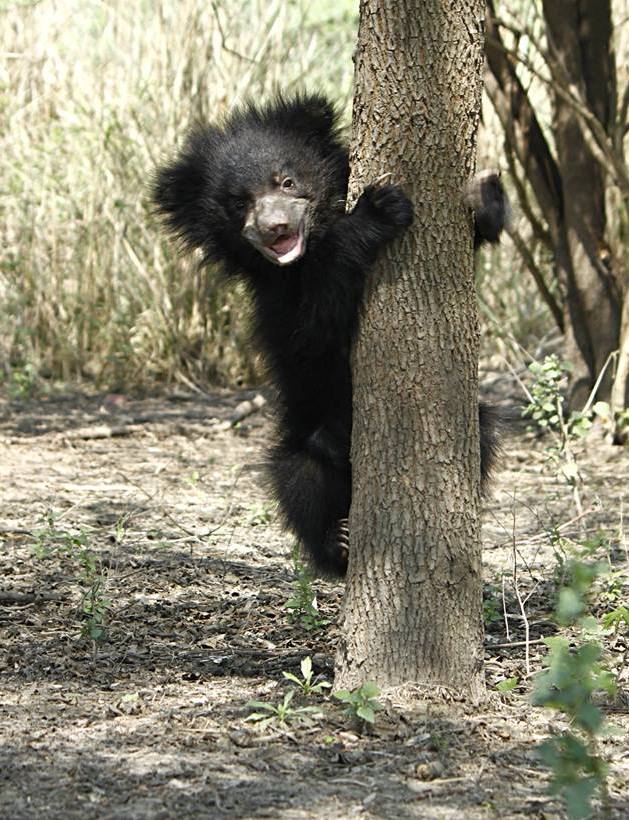 Behind this innocent angelic smile lies years of torture and pain suffered by this species. These babies are snatched from their mothers at a tender age and are sold into the cruel dancing bear trade. Their muzzle is pierced without anesthesia using a red-hot iron poker, and a coarse rope is strung through the fresh wound to make the bear jump in pain — this makes people think that the poor bear is dancing.

2. Cutest facepalm situation! They can’t talk, but one look says it all! 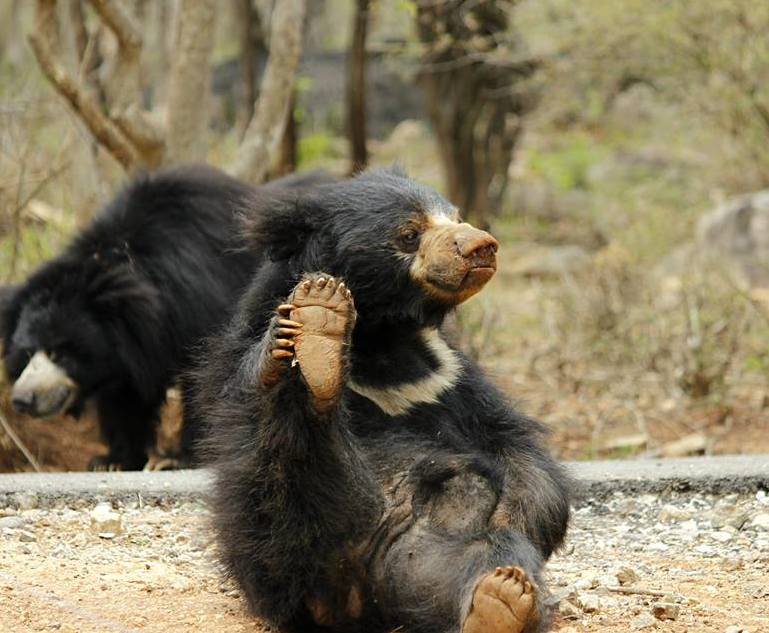 The snout of the sloth bear, along with its bare lips and lack of upper incisors, are adaptations for its insect-based diet. The sucking sound they make can be heard 200 meters away. The bears leave behind a hole wide and deep enough for a man to stand in up to his chest. It is estimated that a sloth bear eats between 4,000 and 10,000 ants or termites at one time (between a pint and quart).

3. They have loved yoga since forever! 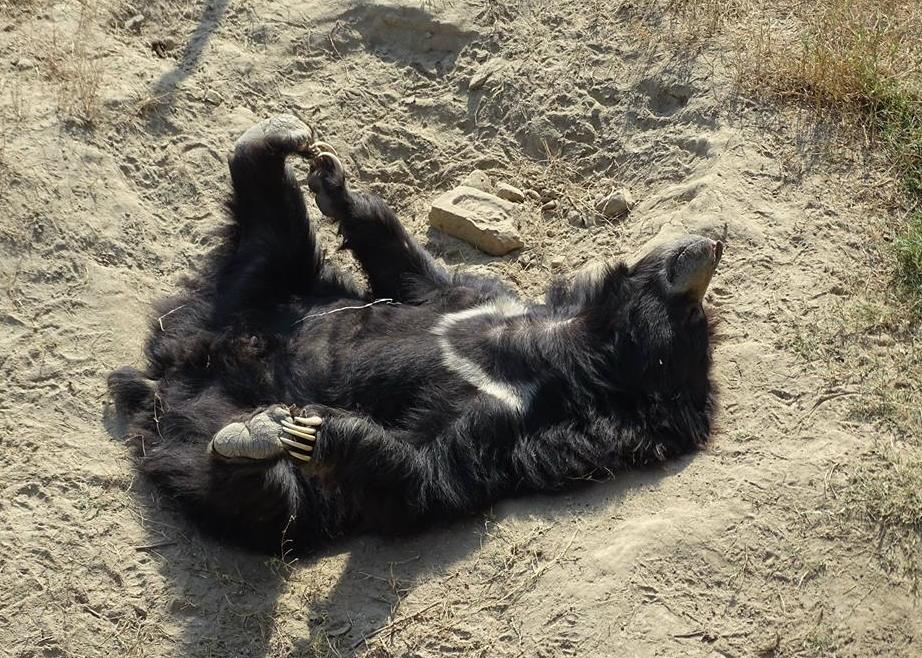 Looking like huge balls of unkempt fur, they have a stocky body and short, powerful limbs. The coarse fur gives them a scruffy appearance, but it also helps protect them from stinging insect bites.

4. They can somehow look sarcastic without even trying. 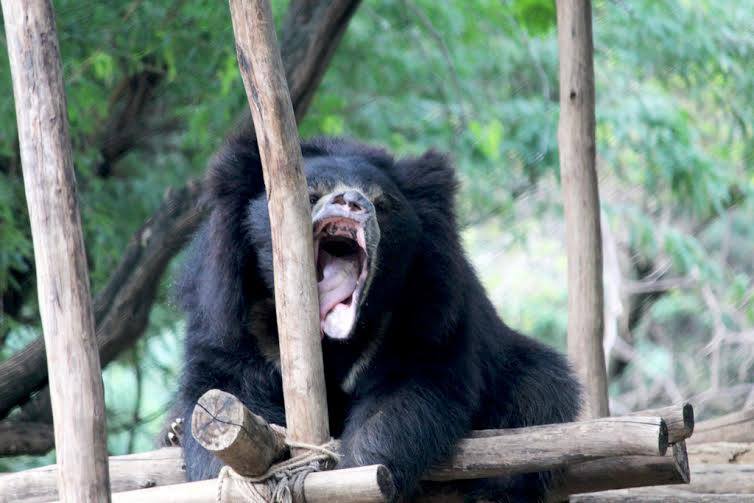 Able to thrive in a variety of habitats, including thorn scrub, grasslands, and dense forests, these animals are unique among bear species as the females carry their young on their backs.

5. They love lounging and sleeping! What a life! 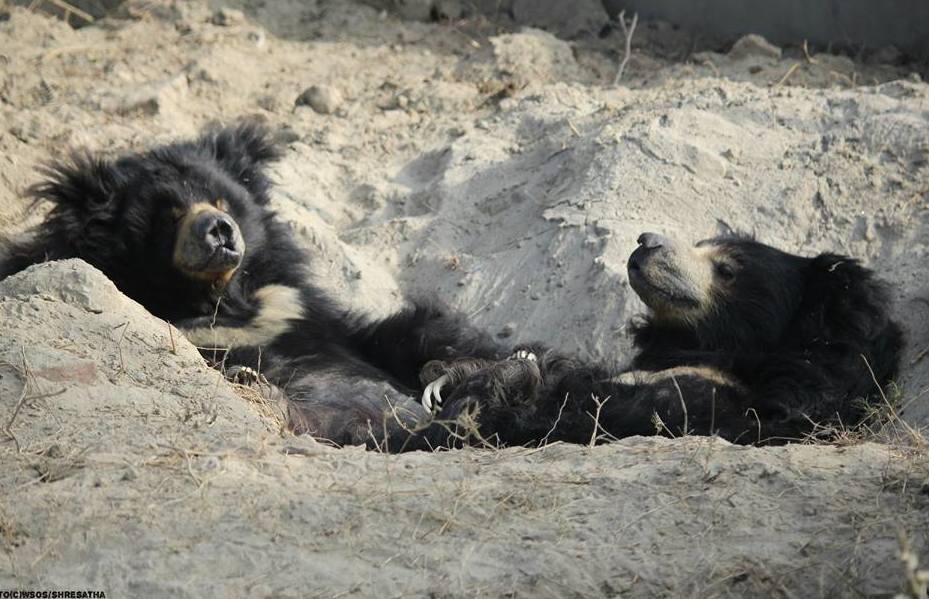 Sloth bears are mostly nocturnal, they sleep during the day and look for food at night. They are unusual because they do not hibernate like some bears. They often sleep in caves and near rivers when available and make their day beds out of broken tree branches in trees.

6. You can’t say no to them because they will make the cutest faces when they need their treats! 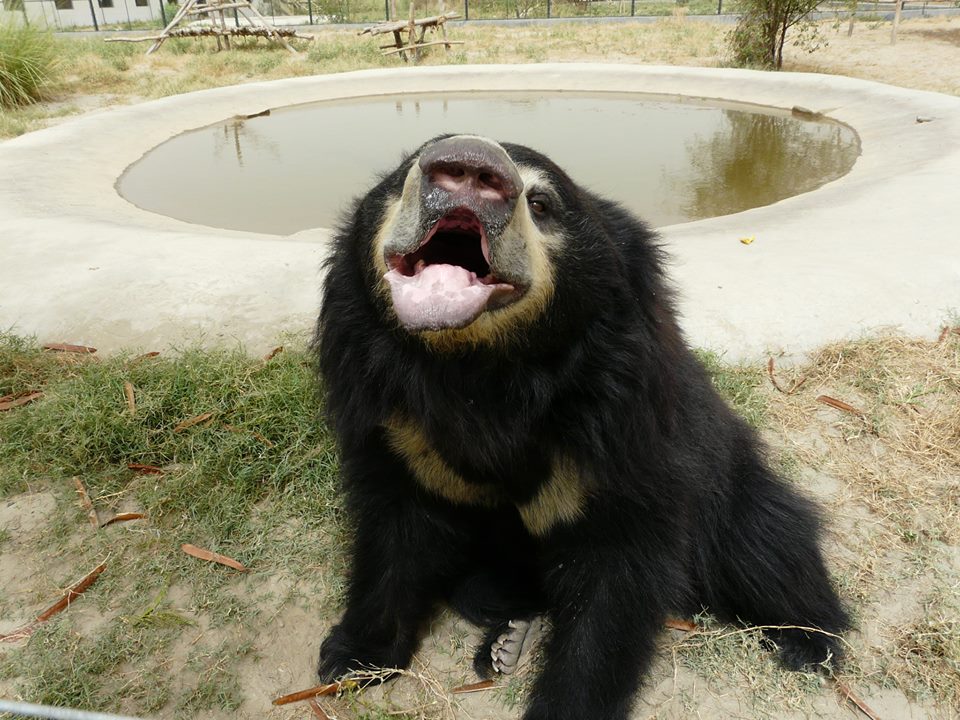 Sloth bears are also good swimmers, although they only really swim to play and have fun. How awesome is that?

7. Best posers in the world! 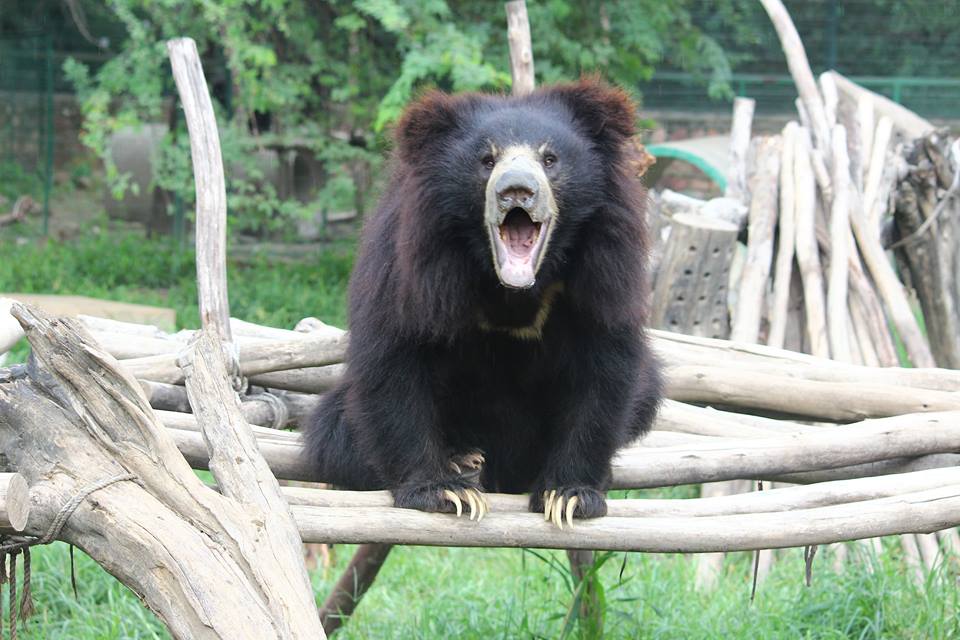 They love to pose and are the funniest looking bears on the planet. Being excellent climbers, sloth bears will often climb trees to shake down fruit or invade a beehive. 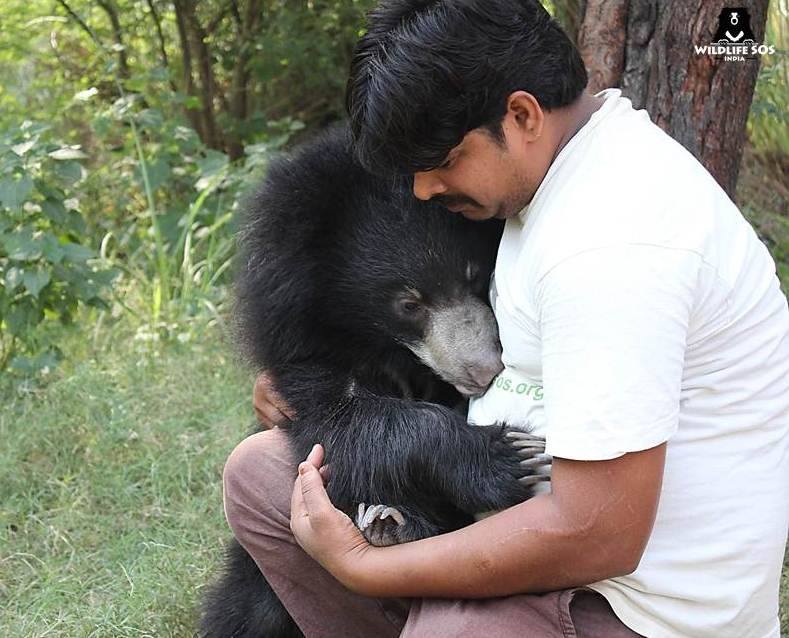 As with most wild animals, the greatest threat to their existence is the destruction of their habitat. In addition, sloth bears are killed for their bile which is used in traditional “medicines.” Once rescued, it takes a long time for a bear to develop a bond with their keeper.

9. They love to follow weird diets to stay in shape! 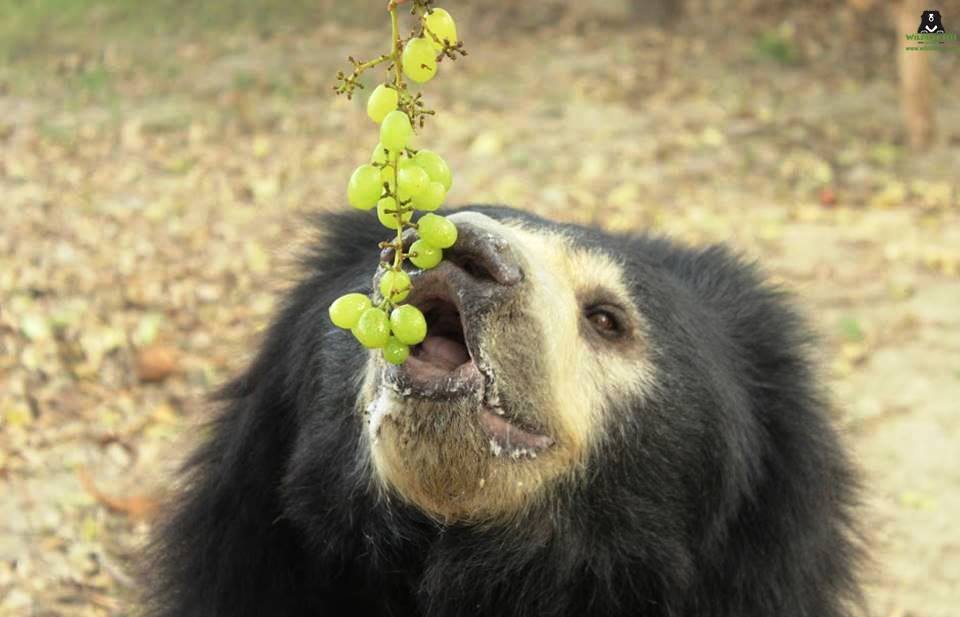 Other than insects, sloth bears love to gorge on a variety of fruits and flowers, including mangoes, grapes, and figs. Sometimes they also climb a tree to knock down a bee honeycomb, due to which they are also called honey bears. 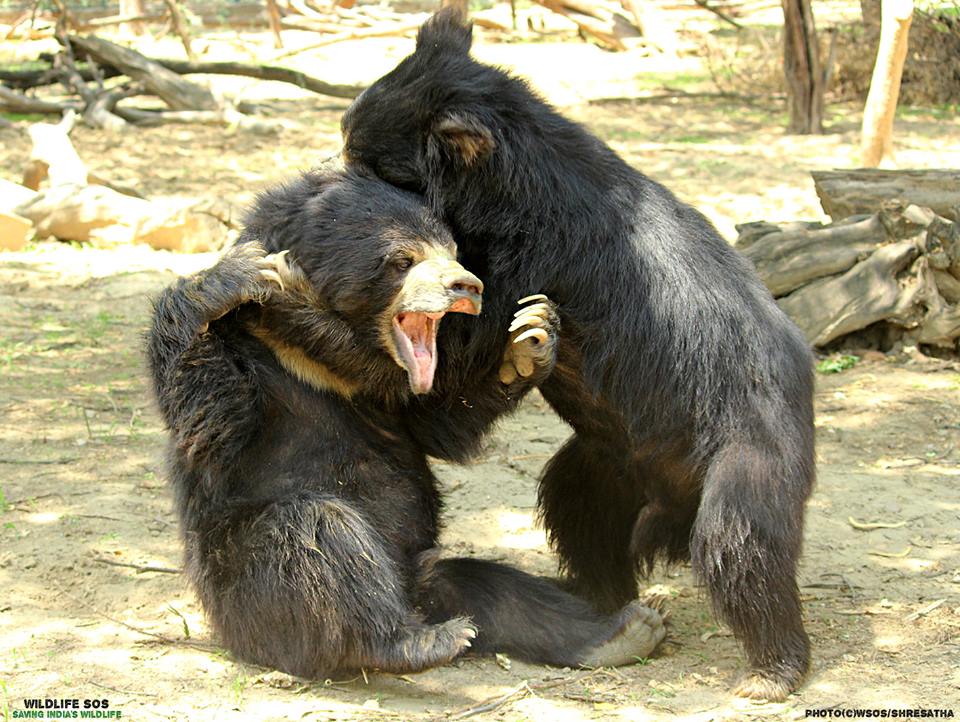 They are particularly noisy when mating, also when they engage in fighting and hugging. When resting, they make humming and buzzing noises sucking on their paws.