5 Ways To Turn Your Garden Into A Haven For Wildlife 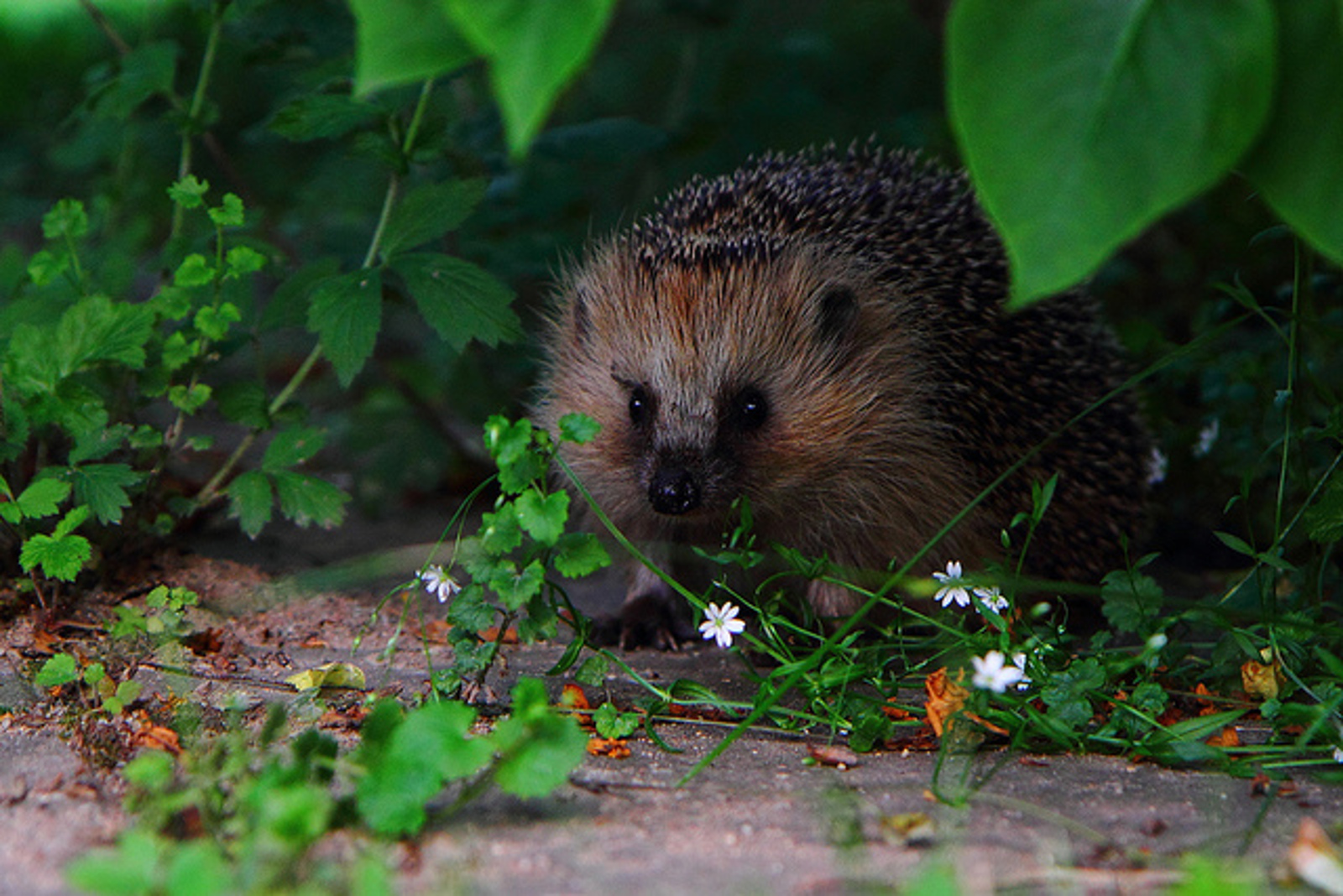 What can be more peaceful than watching a hedgehog snuffle around the grass in search of his dinner in the evenings, or admiring the chorus of songbirds nestled in the trees at the back of your yard? Times are hard for animals these days, with an increasing amount of green spaces being razed for houses, more trees being destroyed than ever before, many being shot for sport, and important sources of water being polluted.

But all is not lost – there are so many ways to help wildlife survive and thrive in your area by providing food, water, shelter, encouraging prey to visit, and protecting them from predators. In return for providing a safe space for animals, you will be rewarded with the inspiring feeling that accompanies a close encounter with an elusive, beautiful creature that you may not have had the chance to really appreciate previously.

1. Set Up a Feeding Station 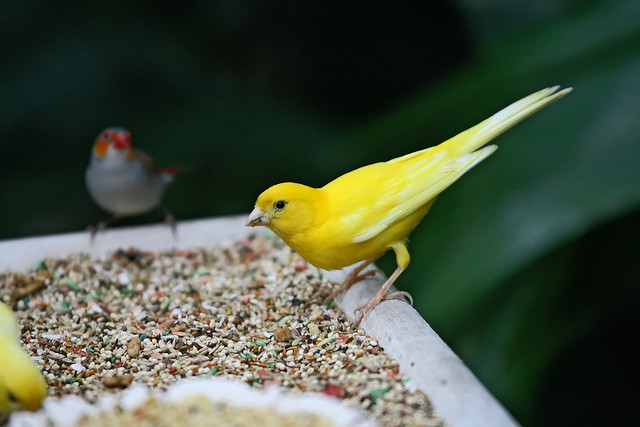 Providing a consistent source of food all year round for the type of animal you wish to attract is a sure-fire way of convincing them that your garden is the best place to be. Feeding during the winter months can be the difference between life and death for a hungry animal, but it is just as beneficial to feed during the summer too when animals are rearing young and need to keep their energy up as they travel to and from their nests.

A variety of feeders will encourage many different species of birds to visit, filled with peanuts, seed mix, suet cakes, fat balls, mealworms, and bird-safe scraps from the kitchen. A variety of birds may also attract some of the quieter species such as sparrowhawks and falcons. You can inject a little fun in the garden with your too with some novelty feeders, or attach a window-friendly one in the kitchen so the family can enjoy watching the birds grab breakfast with you. And remember – clean your feeders, bowls, and dishes with an animal-friendly disinfectant at least every fortnight to prevent the spread of disease. 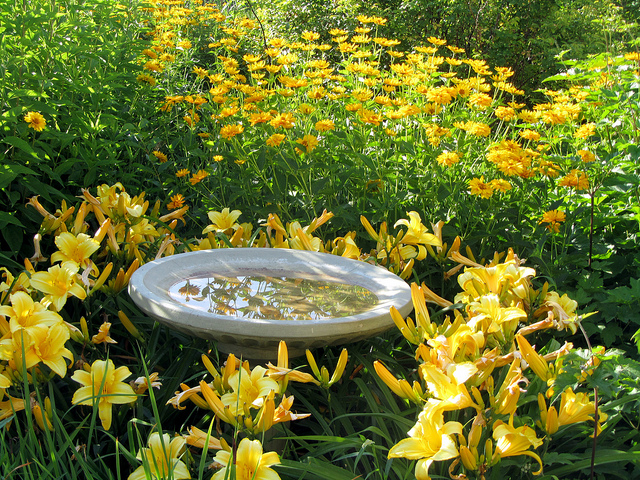 Just as important as providing food throughout the year for hungry animals, a source of water should also be provided. This can be in the form of an elaborate bird bath, or a humble saucer. Dishes of different sizes and different heights will benefit the widest variety of animals – a birdbath will encourage not only birds to drink and bathe, but also squirrels, and a bowl placed on the ground will quench the thirst of foxes, rabbits, hedgehogs, badgers and others. Remember to replace drinking water daily, and clean bowls and baths with disinfectant when you scrub your feeders. 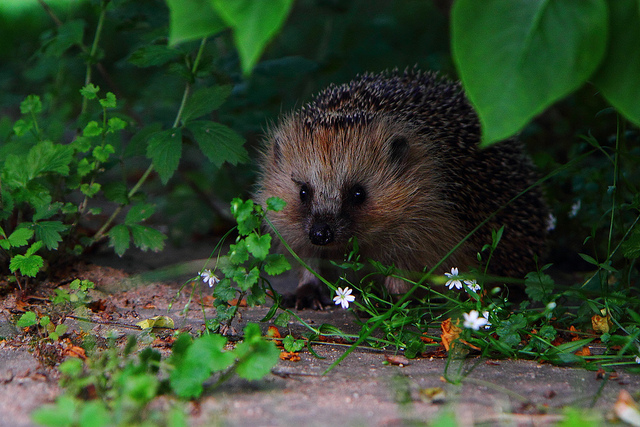 If you want to see more wildlife in your garden, be sure to make it accessible. Hedgehogs are becoming increasingly rare in parts of Britain, and one of the biggest reasons for their decline is a lack of space in which to live and roam due to the abundance of fences, walls and other barriers. A hole dug under the fence, or made in a brick wall, just big enough for a small animal to squeeze through, can really make a difference to their survival. Instead of choosing netting or iron bars to border your gardens, which can injure animals, consider using hedges, shrubs, trees and other natural foliage, which will also provide shelter from the elements and predators.

4. Have a Wild Corner 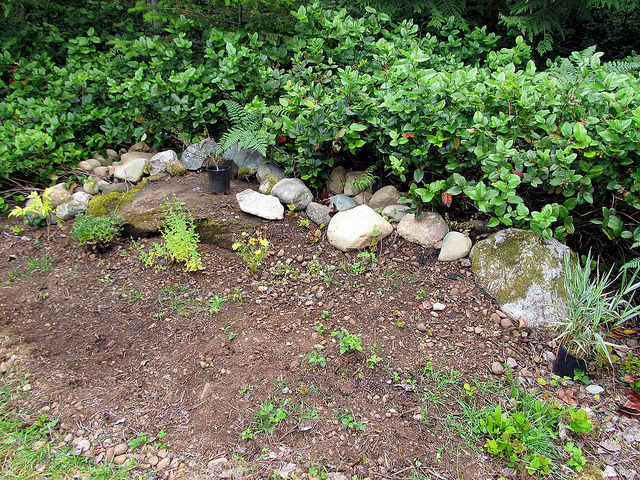 Consider leaving a patch of garden undisturbed to help support wildlife. Adding branches, logs, dead wood, wooden pallets, and similar structures in a pile in one corner will provide a home for insects and small animals such as mice, hedgehogs, slow worms, and frogs. You can fill the cracks with long grasses and hay, or simply allow the grass underneath to grow through it, providing warmth, food and nesting materials to a variety of animals.

This little patch will not only allow threatened animals to move in, such as solitary bees and hedgehogs, but it will provide a natural food source – birds, snakes, and other predators will be thrilled to search out the place for worms, beetles, mice, frogs and other critters. If you don’t like the idea of a permanent structure in your garden for wildlife, simply allowing a portion of garden to be a little overgrown and weedy will help, as many wildflowers provide an important source of food for bees and other pollinators, and untrimmed grass will encourage butterflies to lay their eggs.

5. Get the Neighbors Involved 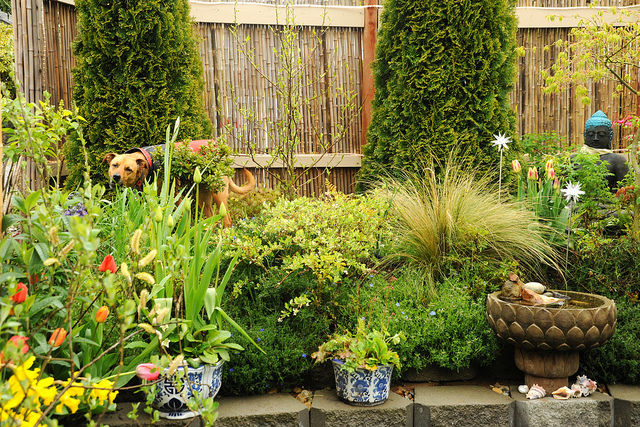 If your neighbors are also eager to see more wildlife in their gardens, band together to make a larger safe space for animals. Linking gardens is hugely beneficial to wildlife, allowing them to roam and expand their territories, exploit a range of resources, and giving them more freedom when it comes to choosing somewhere to live. Making small pathways between gardens by cutting a hole in the fence is critical for the recovery of hedgehog populations, and one charity is encouraging communities to unite in their love for animals and help make the future a brighter one for endangered species.

No matter what animal you are hoping to see more of, it never hurts to have amicable neighbors, who may be convinced not to leave out harmful poisons with a bit of friendly education, or leave a dish of water out for thirsty creatures.