Success of Marine Protected Areas Depends on These 5 Things 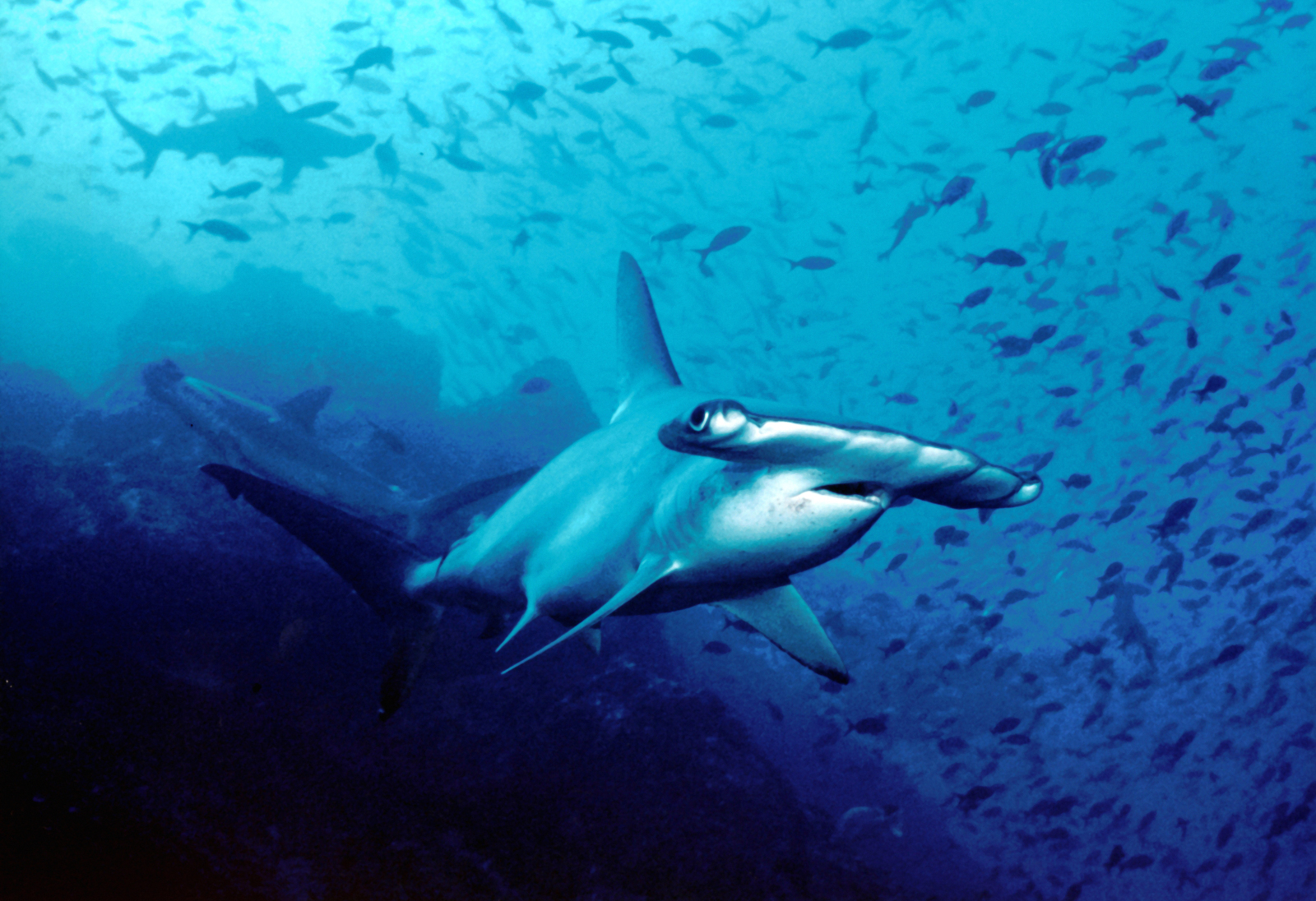 After a 26-hour journey across Pacific swells, some 550 kilometers (342 miles) from the Costa Rican mainland, the cloud-covered peak of Cerro Iglesias on Cocos Island became visible from the bow of our ship. As we steamed ahead, Cocos Island and its lush rainforest grew larger in front of us.

Surrounded by the Pacific Ocean and by myths of hidden pirate treasures, the island is also a natural jewel. The following morning we got to appreciate its most breathtaking wonder: the teeming ocean life inhabiting the blue waters around the island. 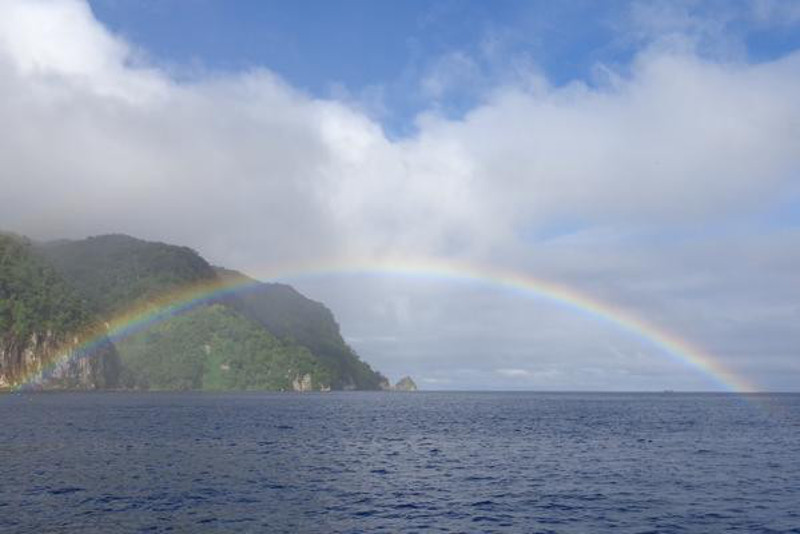 Within sight of our anchorage, we dropped backwards off a dive boat and quickly descended to 30 meters (almost 100 feet) depth. There, by a large rock, we crouched down in awe as schools of scalloped hammerheads and the occasional Galápagos shark came close to shore to have their skin parasites removed by the white, black, and yellow barberfish. 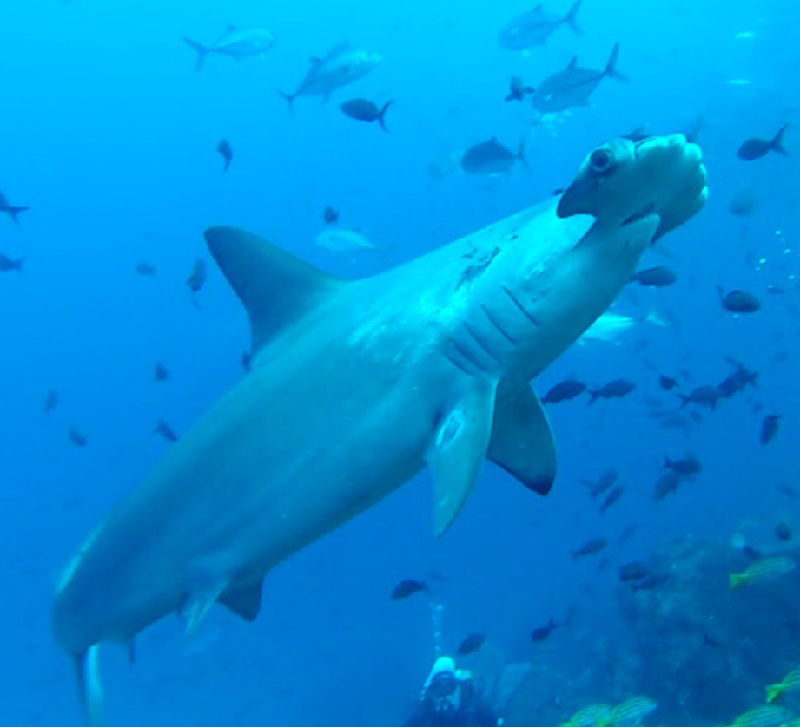 Few, if any, places on the planet host an abundance of sharks that can rival the waters around Cocos Island. Seamounts and islands emerging from deep water interrupt ocean currents and force nutrient-rich water to the sunlit surface. There, plankton prosper and attract herbivorous fish, which in turn generate large concentrations of predatory fish and sharks. Even the odd orca has been observed at Cocos Island.

The plentiful ocean life makes Cocos Island one of the most revered diving sites on Earth, attracting tourists from afar who pay large amounts of money to visit the island, thereby contributing to the Costa Rican livelihoods and economy.

This week, a landmark new scientific study of marine protected areas (MPAs), published in the journal Nature, has provided further explanation for the rich marine life around Cocos Island and similar MPAs.

Conservation International-collaborator Dr. Graham Edgar of the University of Tasmania and 24 co-authors, including former CI scientist Dr. Rodrigo Moura, analyzed data from dive surveys from 946 sites in 87 MPAs and 1,022 non-protected areas around the world. They found that areas with at least four out of five key features had much greater abundance of large fish and sharks.

MPAs where fishing is totally banned allow fish populations to recover without pressure from fishers.

Protective regulations have to be effectively enforced in order to allow large fish and sharks to thrive in MPAs. Without effective enforcement, MPAs are parks on paper only.

Areas that have been protected for 10 years or more have had enough time to allow populations of large predators to build up.

Fish and sharks are mobile. If the MPA is small, they will move outside its borders, where they may be caught on a hook or in a fishing net. In the study, an MPA is considered large if it is more than 100 square kilometers (39 square miles).

Isolated areas surrounded by deep water or sandy bottoms tend to be very distinct and are therefore easy to identify by fishers, which may result in greater compliance with protective regulations.

MPAs with at least four of these five features had twice as many large fish, five times more large fish biomass, and a stunning 14 times more shark biomass than fished areas!

Cocos Island is one of only four areas in the study which had all five features, making it a much safer place for large fish and increasingly scarce sharks. CI is partnering with the government of Costa Rica and several other groups to help strengthen enforcement efforts for the waters around Cocos Island, including building a new radar station on a hill overseeing some of the island’s best dive sites. 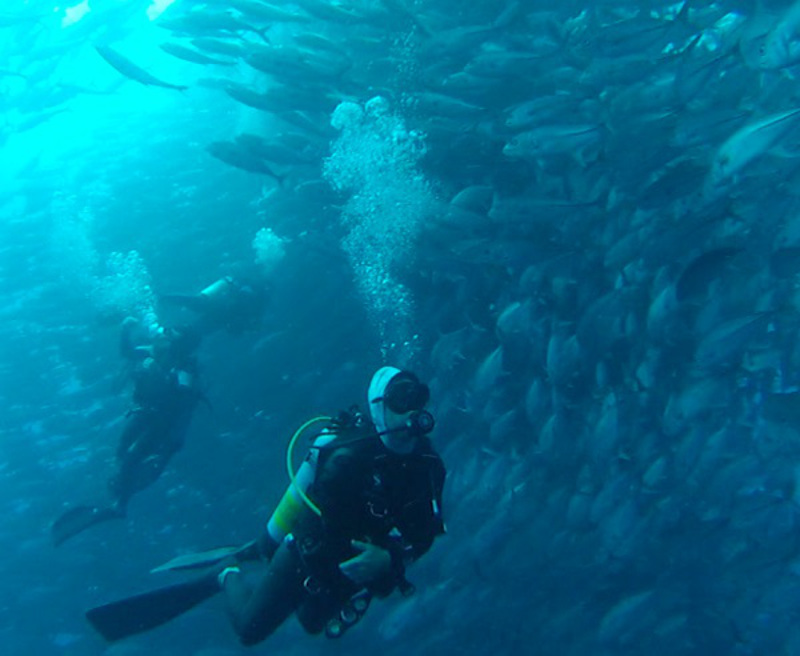 Dr. Edgar and colleagues’ study demonstrate the need for no-take, enforced, old, large and isolated MPAs, which today make up a minuscule part of the world’s oceans.

We need more areas like Cocos Island, which can provide a refuge for marine life and generate benefits from tourism activities. However, we also need areas that can provide other types of benefits to people — food from fishing, coastal protection, carbon storage, coastal livelihoods, and the other services people get from the ocean.

This will require many types of MPAs with different types of management extending across the world’s oceans. It will require governments, businesses, communities, and organizations to both expand the application of proven tools like MPAs and develop new science-based tools that empower people to make smart decisions about their oceans.

The ocean life of Cocos Island is more exciting than any pirate treasure could ever be. Costa Rica should be commended for protecting it and thereby establishing a global standard against which we can compare less protected areas. Cocos Island is a beacon on the hill that other MPAs should strive to be.

To learn more about Conservation International and learn how you can get involved, click here.