4 Shocking Human Illnesses That are Linked to Factory Farms 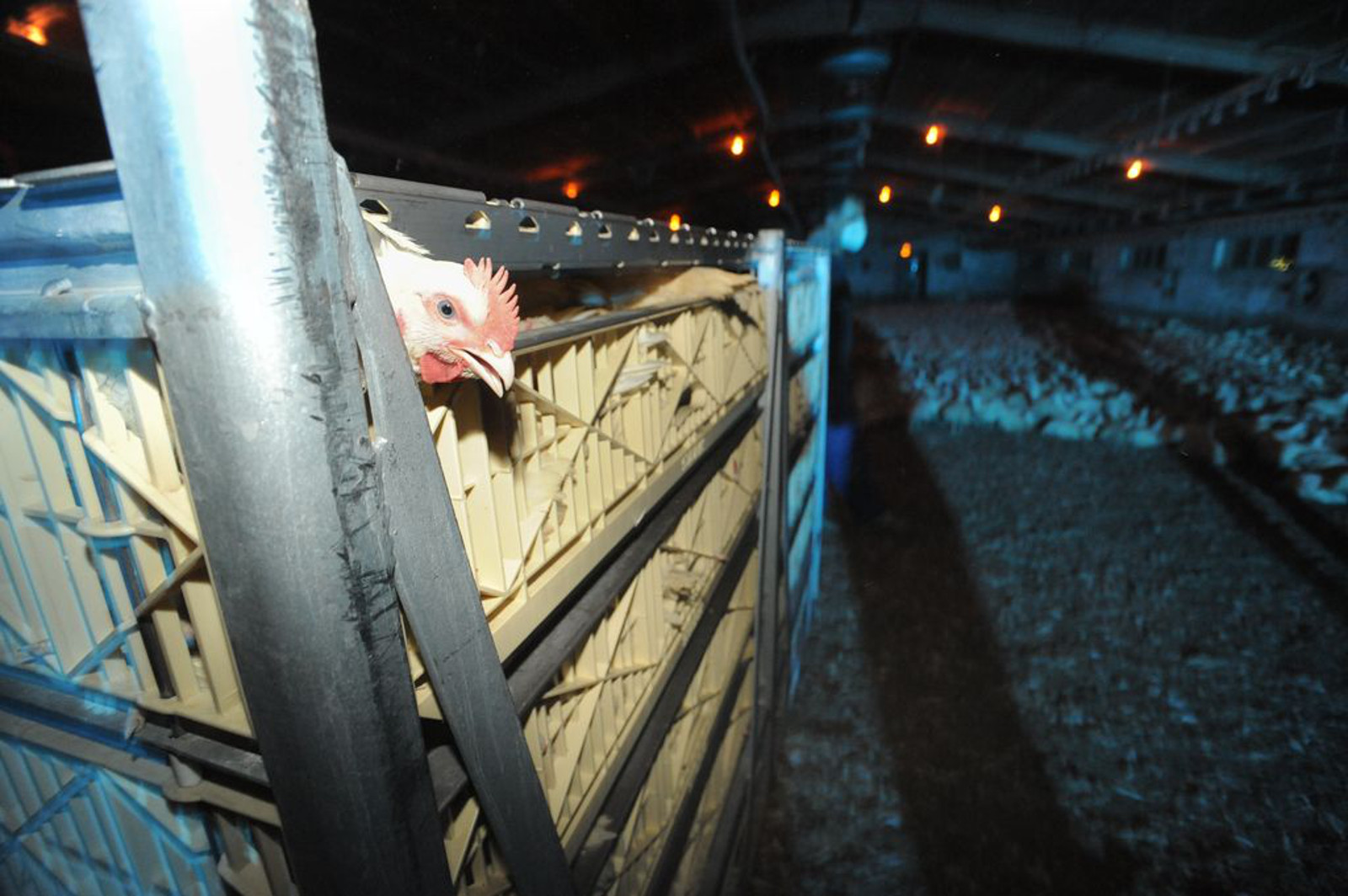 It is no secret that most animals on factory farms suffer from poor health. Stuffed into filthy sheds with thousands of other animals and limited ventilation, disease spreads like wildfire in factory farms. For this reason, most factory farms administer “preventative” antibiotics in animal feed to keep them alive long enough to make it to market weight. It is estimated that 80 percent of pigs have pneumonia when they reach slaughter, around 32 percent of beef cattle suffer from fatal liver abscesses, and millions of “broiler” chickens die from heart failure or infectious disease before they even reach slaughter.

Clearly, these facilities are not healthy environments for animals, but it turns out that most experts believe that factory farms also pose a significant health risk for humans.

Many people are familiar with diseases like E. Coli, MRSA (Staph) and Salmonella that are spread through infected meat, but there are many other harmful diseases that stem from the factory farms that we should all be aware of.

The news has been abuzz lately with fears about an outbreak of Avian Flu in the Midwest. Currently, this strain of the disease is limited to poultry, but public health experts fear it could jump to humans like the H5N1 bird flu virus that killed over half of the 800 people infected over the past decade. Sunrise Farms in Iowa is killing all of its 3.8 million infected hens and is quarantined indefinitely. Wisconsin and Minnesota have declared states of emergency in an attempt to stop the spread of the virus, which is highly contagious and lethal for poultry. Most people don’t realize that this strain of flu is airborne and can easily be spread through the air, meaning neighborhoods in close proximity to factory farms are at high risk of infection.

When you concentrate thousands of animals in a single factory farm facility, you get a whole lot of waste. It is estimated that livestock produce 130 times more excrement than the entire human population (yeah, gross). Due to the volume of this waste and the cost to “take care of it,” most factory farms allow the waste to build up in massive open-air lagoons that can span the size of several football fields. It is estimated that U.S. factory farms give off over 400 different gases, most of which are noxious and can be incredibly harmful when inhaled.

According to the Natural Resources Defense Council, hydrogen sulfide from hog manure can cause flu-like symptoms and ultimately lead to brain damage if exposure continues over long periods of time.

The New York Times profiled one hog farmer, Robert Thornell, who suffered a wide variety of symptoms as a result of exposure to hydrogen sulfide and ammonia gas. After years of inadvertently breathing these fumes, Thornell began to experience memory loss, mood swings, a stutter and balance issues. Others in Thornell’s neighborhood suffered from seizures and other forms of neurological damage.

An estimated 70 percent of the antibiotics used in the United States each year are given to farm animals. despite the fact that the CDC has acknowledged the risk of this abuse, farmers continue to feed their animals antibiotics just to keep them alive in such deplorable conditions.

A specific example is Vancomycin. This antibiotic is the last resort to fight against blood infections and pneumonia caused by staphylococcus bacteria, a very serious infection. It’s now becoming useless as resistant strains of the bacteria develop on factory farms where its purpose is to stimulate growth, not fight disease.

A recent study found that antibiotic-resistant bacteria can also travel through the air, meaning that if you live within 30 yards of a factory farm, you are likely breathing these harmful bacteria on a daily basis.

Swine Flu is a serious disease that reached a head in 2009 when the U.S. declared a public health emergency. It was diagnosed in Mexico and Canada, as well. The H1N1 Swine Flu has been genetically traced back to U.S. factory farms. The pork industry surprisingly denies these claims, but there is concrete evidence that it started as a benign virus that was able to replicate into a more dangerous version that could infect humans due to the cramped and unsanitary conditions of factory farming. While the outbreak is now under control, people can still be infected by it. Like Avian Flu, Swine Flu can travel through the air, making it highly contagious.

Factory farming has been shown to a be a cruel and filthy industry time and time again. While the threat of certain illnesses from consuming animal products is a persistent threat if you choose to eat them, what is most troubling about these four illnesses is the fact that they can even impact people who do not eat animal products. As the demand for cheap meat, eggs and dairy increases, the factory farming industry will expand and pose an even larger threat to public health.

By reducing or eliminating your consumption of these products, you can help to drive down the demand for factory farmed meat and potentially stave off some of the most threatening modern diseases.