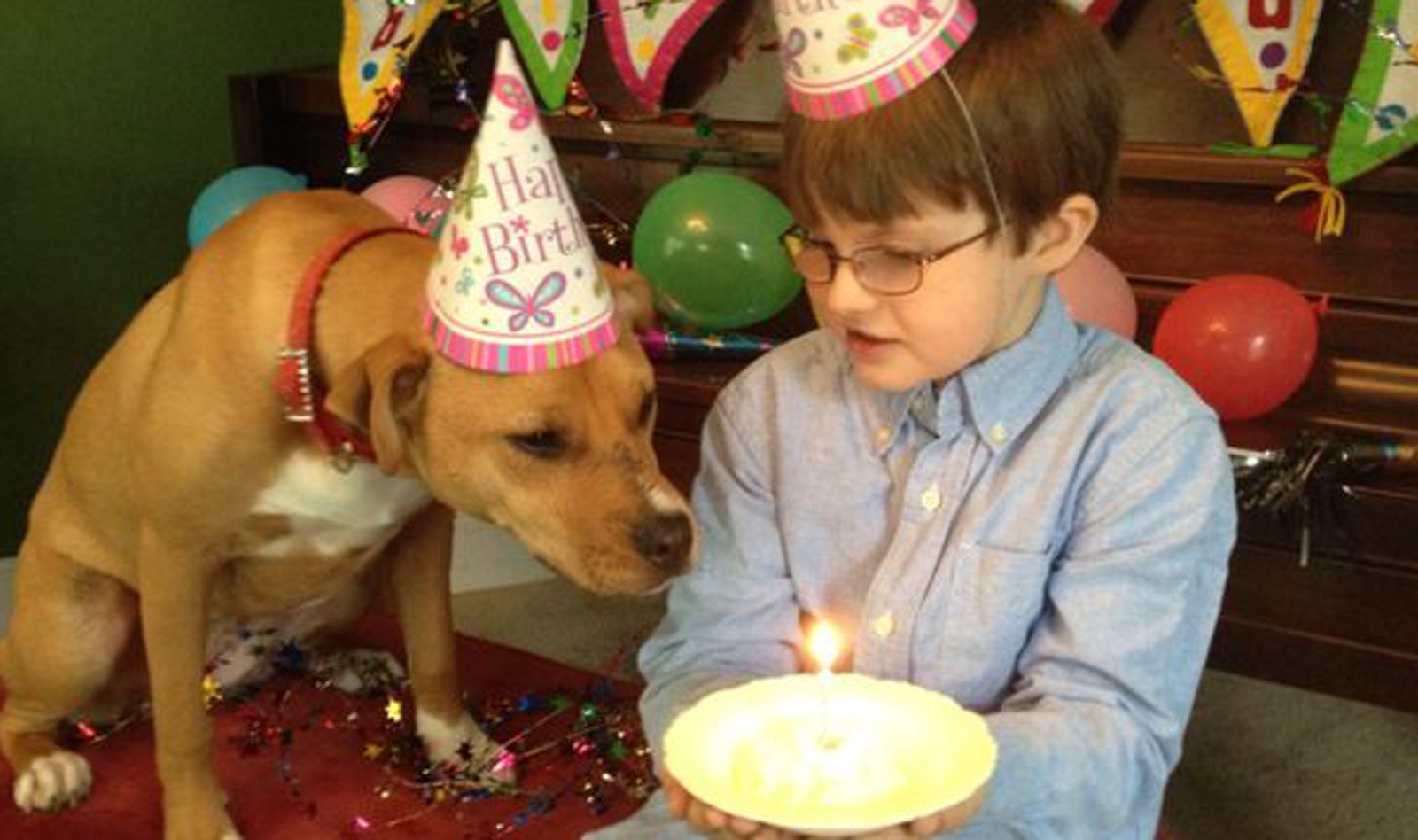 For children with autism, or Autism Spectrum Disorder (ASD), the ability to connect and communicate with one’s family and others can be particularly trying. Their challenges may make it very difficult or impossible to speak or express themselves in a way others can understand. This can cause an enormous amount of stress and frustration for kids. As a result, the lack of positive social interactions can hinder a child’s ability to fully enjoy life and reach their maximum potential. However, advancements in autism research have allowed for developments in the number of resources available to individuals and their loved ones, in a way they never were before. One of these unique therapies involves our four-legged friends.

Shelter Animals as Therapy Pets for Children With Autism

One of the areas in which autism research has garnered much attention is the focus on assistance dogs. Although limited, research reveals that children on the autism spectrum are more likely to talk, laugh, and show other positive social behaviors in the presence of companion animals.

Different than guide dogs, an animal trained for autism assistance is able to aid individuals in number of ways. They can help oversee the safety of their guardian, improve their communication skills, and act as ice breakers in social situations. In addition, for children who might lash out when they can’t be understood, assistance pets can provide comfort during those stressful moments. It might sound like quite a tall order for a furry friend to fill, but there is much to be said for the soothing cuddle sessions, happiness, and unconditional love that our pets provide. Simply scratching a cat’s ears, or talking to a dog can boost a person’s mood. Through all of this, assistance animals are able to improve the quality of life of their human siblings while simultaneously giving families some relief knowing their loved ones are in good paws.

Best of all, many of these therapy pets are from shelters. With millions of homeless animals in facilities across the U.S., it is an incredible thing to be able to give a four-legged friend a home and a child a friend at the same time. Here are three stories of incredible friendships that have made such a difference in the lives of children and animals. 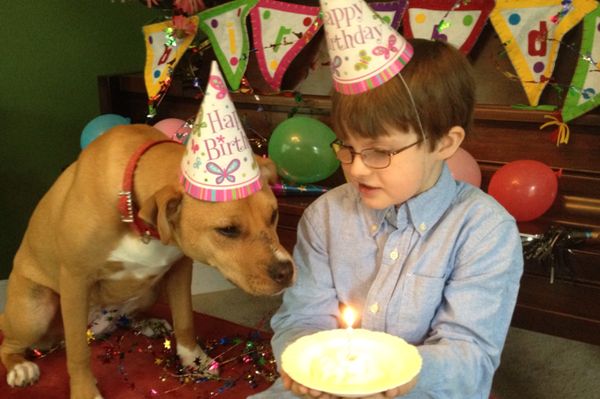 The relationship between young Jonny Hickey and a rescued dog named Xena, raises awareness about autism and slashes stereotypes of the Pit Bull breed. Xena was brought into Dekalb County Animal Services weighing only four pounds and clinging to life. Her story went viral, which led the Hickeys to make her a part of their family.

“After we adopted Xena, our world changed,” Linda, Johnny’s mom, said. She explained that Jonny instantly transformed. Now, Xena not only helps Jonny with his challenges but has become a spokes-dog for autism awareness through the Jonny and Xena’s Spread the Words Foundation, which aims to help support animals in need and to shine a light on autism. Through this work, Linda and Xena meet with schools and organizations to educate children on the humane treatment of animals and teach them how to “Become the Pawsibility” for autism awareness.

“This warrior Puppy, who was found clinging to life, beat every single odd against her. She was not only destined to survive and help transform the life of one boy with autism, but I believe she was meant to continue her miracles through service within her community,” Linda said. 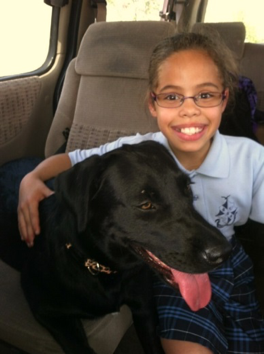 Some children with autism are not fully aware of their surroundings, which can sometimes lead to precarious situations. Such was the case when young Victoria got up early one morning before her parents and left the house, taking Sophie, her autism assistance dog, with her.

When her parents woke, they found the empty collar and leash on the floor, the door wide open, and both their daughter and dog missing. As the parents raced out the door in a panic to find Victoria, they saw the maintenance man drive up with his cart, with both the little girl and pup riding in the backseat.

Even without a leash or collar, Sophie was sure to stay right by Victoria’s side and protect her in case she ran into any trouble. According to Dreams Acres for Autism, the maintenance man told Victoria’s parents that he found Victoria sitting on the grass near the pool with Sophie on top of her. “Sophie told her not to go swimming and to stay where she was,” he said recalling his conversation with Victoria.  Victoria “listened” and stayed put, telling Sophie stories until the maintenance man found them. 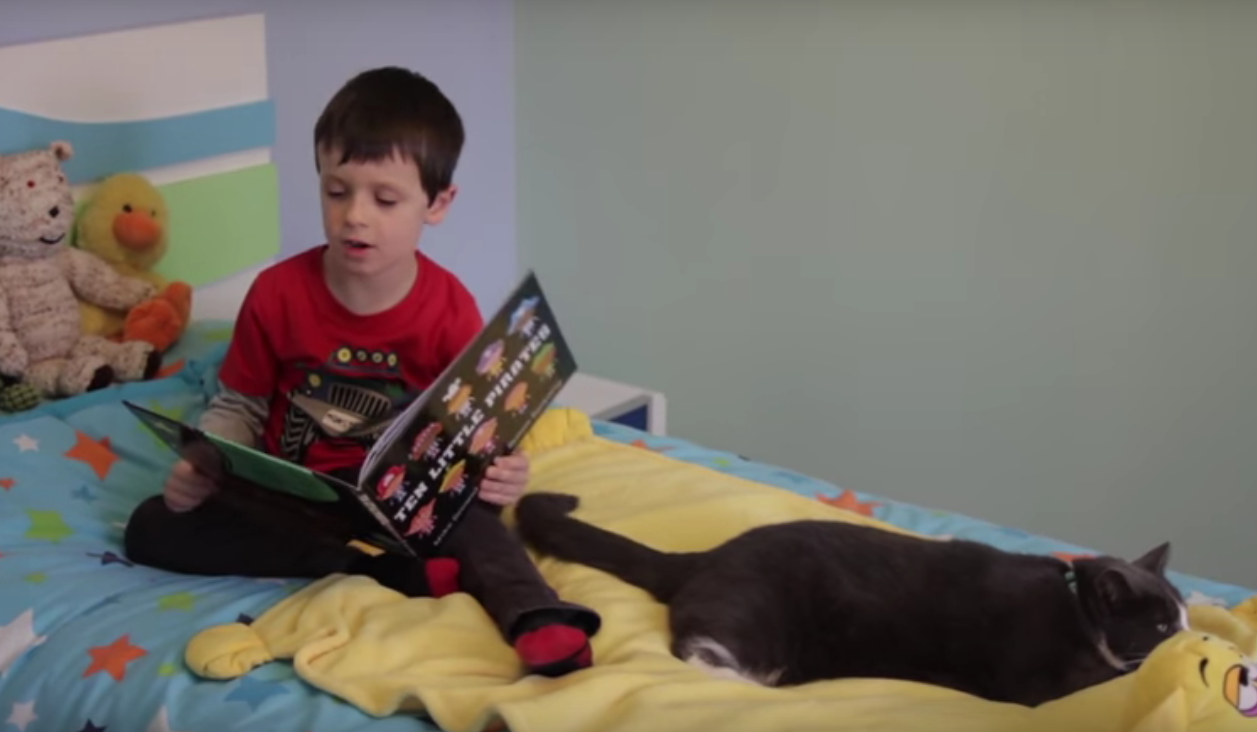 Not all autism therapy animals are dogs. In fact, rescue cats make great buddies too. Take Fraser Booth and Billy, the cat for example. Little Fraser had difficulty connecting and communicating with those around him due to his disorder.  This caused him to experience an enormous amount of stress and frustration, and as a result, he would lash out in tantrums. His parents feared he would never be able to fully enjoy life. That was until Fraser’s mom decided to take her son to a local shelter to adopt a family pet. Fraser, who his mother said rarely took an interest in anything, was captivated by a little gray and white cat, named Billy. Billy was rescued from an abandoned home and was desperately in need of a loving family. Almost instinctively, Billy knew just what to do to calm Fraser down. Fraser’s mom was thrilled to see what a positive influence this cat had on her son, and now both Billy and Fraser would have a friend forever.

When Mrs. Booth brought her son to the shelter to look for a pet, Fraser took an interest in the little gray and white cat – which his mom explains was remarkable as he rarely showed interest in anything. Almost instinctively, Billy knew just what to do for Fraser to keep him from spiraling into a tantrum. Fraser’s mom was endlessly thrilled to see what a positive influence this cat had on her son and knew that he would now have a friend to comfort him in ways that others couldn’t.

A Forever Friend in a Forever Home

For these families, it’s clear that four-legged friends have made a big difference in their children’s lives. It’s amazing that with a simple wag of the tail, or cuddle session, an animal can change a bad day into a great one. We know how thankful we are for any organization that works to help rescue animals and give them loving homes, and we can only imagine how thankful the families on the receiving end of these organizations are. To learn more about how shelter animals can make great therapy pets, check out Dream Acres for Autism, Merlin’s Kids, 4 Paws for Ability, and Paws With a Cause, which are just a few of the many organizations that match assistance dogs with autistic children.