Beyond Whale Wars: Inside Sea Shepherd’s Global Movement Defending Diversity in the Oceans 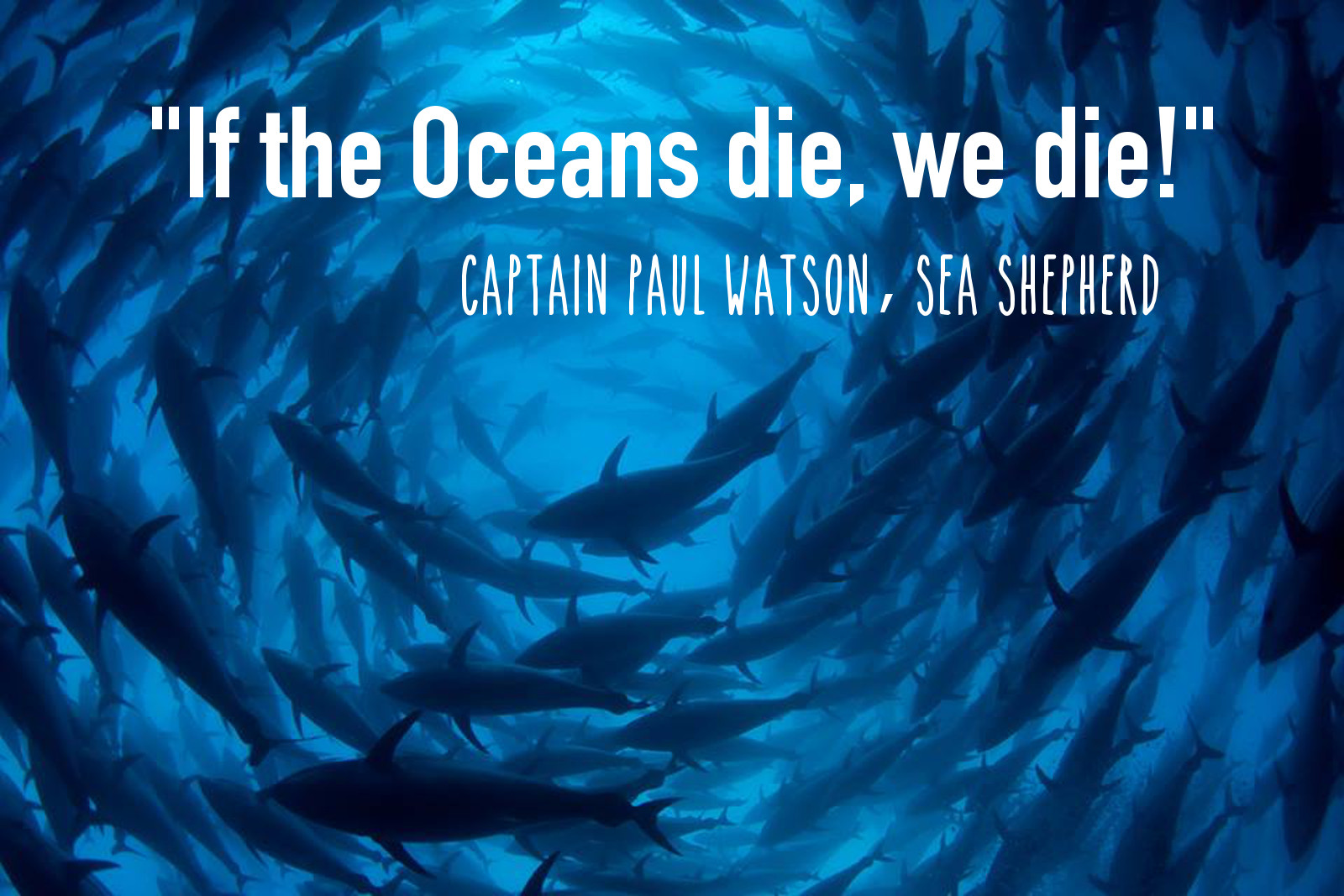 There is a perception that Sea Shepherd Conservation Society is all about saving whales. This is understandable because of the popularity of the Animal Planet series, “Whale Wars.”

Sea Shepherd, however, is about much more.

I founded Sea Shepherd with the objective of protecting all marine species and habitats. Sea Shepherd is about defending diversity within all oceanic eco-systems, and specifically our approach is to intervene against illegal exploitation.

What started in 1977 as an anti-poaching organization is today a global movement defending species ranging from the tiniest plankton to the great whales.

This year in late March, three Sea Shepherd ships — the Bob Barker, Sam Simon, and the Steve Irwin — led by Sea Shepherd Australia, returned from the Southern Ocean Whale Sanctuary for the 10th year. The intervention prevented the Japanese whalers from taking 74 percent of their intended quota. The previous season, Sea Shepherd had a 90 percent success rate.

Most importantly, this year the International Court of Justice ruled that Japanese whaling in the Southern Ocean is illegal. Despite that verdict, the Japanese whalers intend to defy the ICJ and plan to return to the Southern Ocean Whale Sanctuary in 2015. When they do so, Sea Shepherd Australia will have ships ready to intervene once again to uphold international conservation law.

In March, Sea Shepherd’s Cove Guardians returned home after six months in Taiji, Japan. For six months every year since 2010, the Cove Guardians have been on the ground in Taiji to oppose the slaughter of dolphins and small whales. They will return to Taiji once again in September 2014.

Presently, Sea Shepherd has two vessels, the Brigitte Bardot and the Jairo Mora Sandoval, patrolling the waters off the coast of Senegal in partnership with the Senegalese government. The campaign is to chase down and arrest foreign fish poachers plundering the coast of West Africa.

The Brigitte Bardot, in February and March of this year, worked in partnership with the government of Guatemala to patrol against poaching. The operation saw the arrest of poachers from four poaching operations.

Since 1999, Sea Shepherd has had an ongoing partnership with the Galapagos National Park Rangers, where we have been working together to stop poaching in the Galapagos National Park Marine Reserve. During that time, Sea Shepherd has provided patrol boats and an AIS surveillance system to monitor all vessel traffic in the Marine Reserve. Sea Shepherd has also trained and provided dogs to sniff out shark fins and other smuggled wildlife products. These canine officers work as part of Unidad de Protección del Medio Ambiente (UPMA), the environmental police unit in charge of enforcing wildlife trafficking laws. Sea Shepherd provides for the welfare of the dogs and finds them homes when they are retired at five years of age. Four of these dogs will arrive in Seattle this week, and Sea Shepherd will work with Lady’s Hope Dog Rescue to find them foster and permanent homes in the Pacific Northwest.

In the summer of 2014, hundreds of Sea Shepherd volunteers will travel to the Faroe Islands to oppose the annual slaughter of pilot whales. The campaign, Operation GrindStop 2014, will place whale guardians on all the beaches to intervene in the event of a “grind.” This is where the whales are driven onto the beach, entire pods at a time, and slaughtered.

Just last week, Sea Shepherd U.K. effectively shut down the shooting of seals in Scotland by salmon fishermen. Sea Shepherd activists are on the water physically blocking the rifles of the fishermen and focusing international attention on the seal-killing program.

Sea Shepherd France has ongoing campaigns protecting sharks on LaReunion Island in the Indian Ocean and bringing poachers to trial along the coast of France. Sea Shepherd Germany is engaged in defending sea gulls from being killed. Sea Shepherd Hong Kong has been able to stop airlines and shipping companies from transporting shark fins and they have exposed the extent of the shark fin trade in China.

Sea Shepherd U.K. is engaged in a lawsuit with a Maltese tuna farming company that is suing Sea Shepherd for releasing some 800 Bluefin tuna illegally taken off the coast of Libya in 2011.

Sea Shepherd has also partnered with The Vortex Project, an initiative by Parley for the Oceans to find a solution to the plastic pollution problem in our seas. The collaboration includes partners like Pharrell Williams, the material innovator Bionic Yarn, jeans manufacturer G-Star Raw, and the athletic brand adidas. The idea is to retrieve plastic debris from the beaches and seas, and recycle it into clothing and other consumer products.

The Sea Shepherd Movement Is Growing

What I started in 1977 as an organization is now a global movement with Sea Shepherd entities working in some 40 countries around the world. It is a movement that encourages people to understand that they can make a difference and it is a movement that harnesses the passion, the courage, and the imagination of volunteers around the world to get involved and to make a difference.

The strength of an eco-system lies in diversity and interdependence and the Sea Shepherd model is to encourage a diversity of ideas, strategies, and tactics with the different groups working together to achieve a global goal — and that goal is to save our oceans.

It is the single most important objective for humanity because we cannot live on this planet with a dead ocean.

If the oceans die, we die!