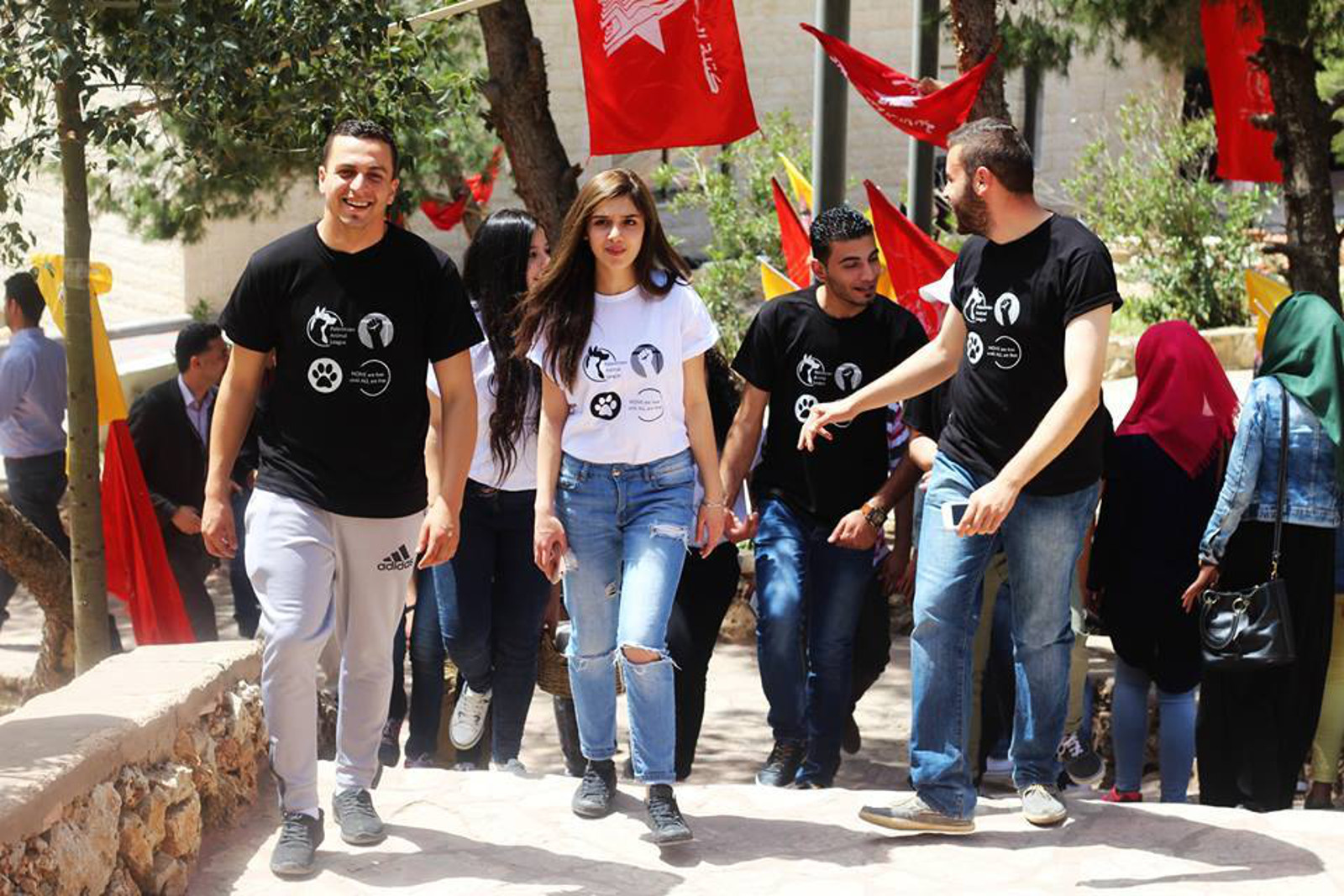 A group of Palestinian schoolgirls have embarked on an ambitious project to establish the very first not-for-profit, vegan cafeteria in Palestine. The girls are participants in the “Youth for Change” (formerly known as “Young Palestinians for Animal Rights”) program which empowers young people to make positive changes for animals and the environment in their local community. The profits from the cafeteria, to be named “Sudfeh” (meaning “serendipity” in Arabic) will be split equally between animal welfare causes and a scholarship fund at the university where the cafeteria will be based. 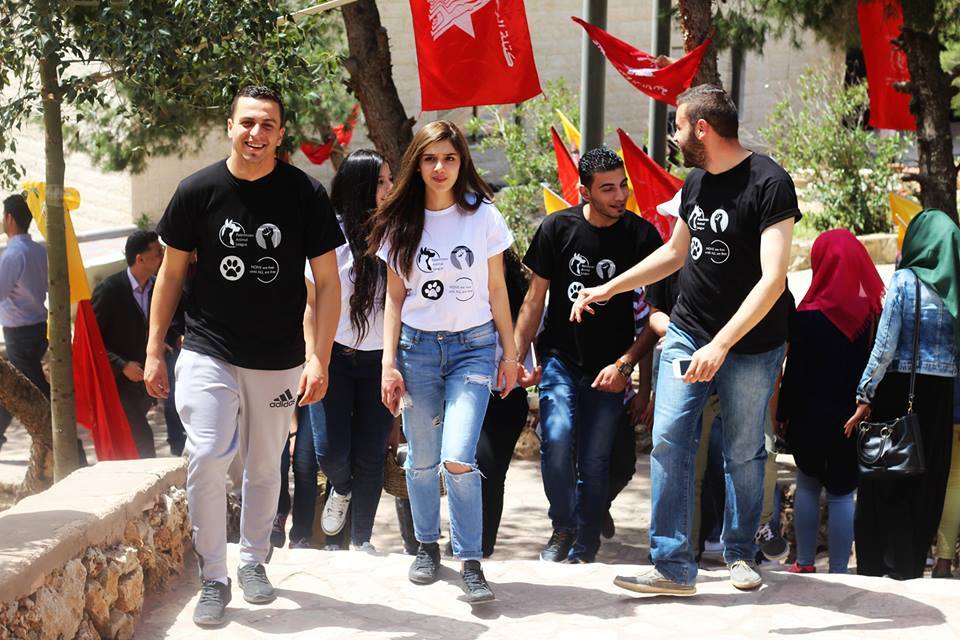 How the Idea Was Born

One Green Planet caught up with these brilliant young vegan trailblazers to find out more about the project with one of the group members, Siham, telling us: “We are aware that lots of young people have a diet that is really heavy on meat; and particularly factory-farmed meat. We thought the idea of establishing a vegan cafeteria in one of the country’s busiest universities would be a good chance to reach young people, offer then an alternative and encourage veganism.”

Determined to achieve their goal, the girls, supported by their mentor in the Youth for Change program, Mohammad Arore, called a meeting with the president of Al Quds University, Palestine. They not only convinced the president to give over a space on campus, rent-free, to establish Sudfeh, but also came to the agreement that the profits from the initiative would be donated to good causes.

Group member, Jewa, said, “When we met the president of the university I felt that this was our chance. This was our one moment to tell him exactly what we wanted. I was so surprised to find that, rather than dismissing us, he dealt with us with respect and was really welcoming of our idea. I was so happy!”

Below is a picture of the space as it is now… 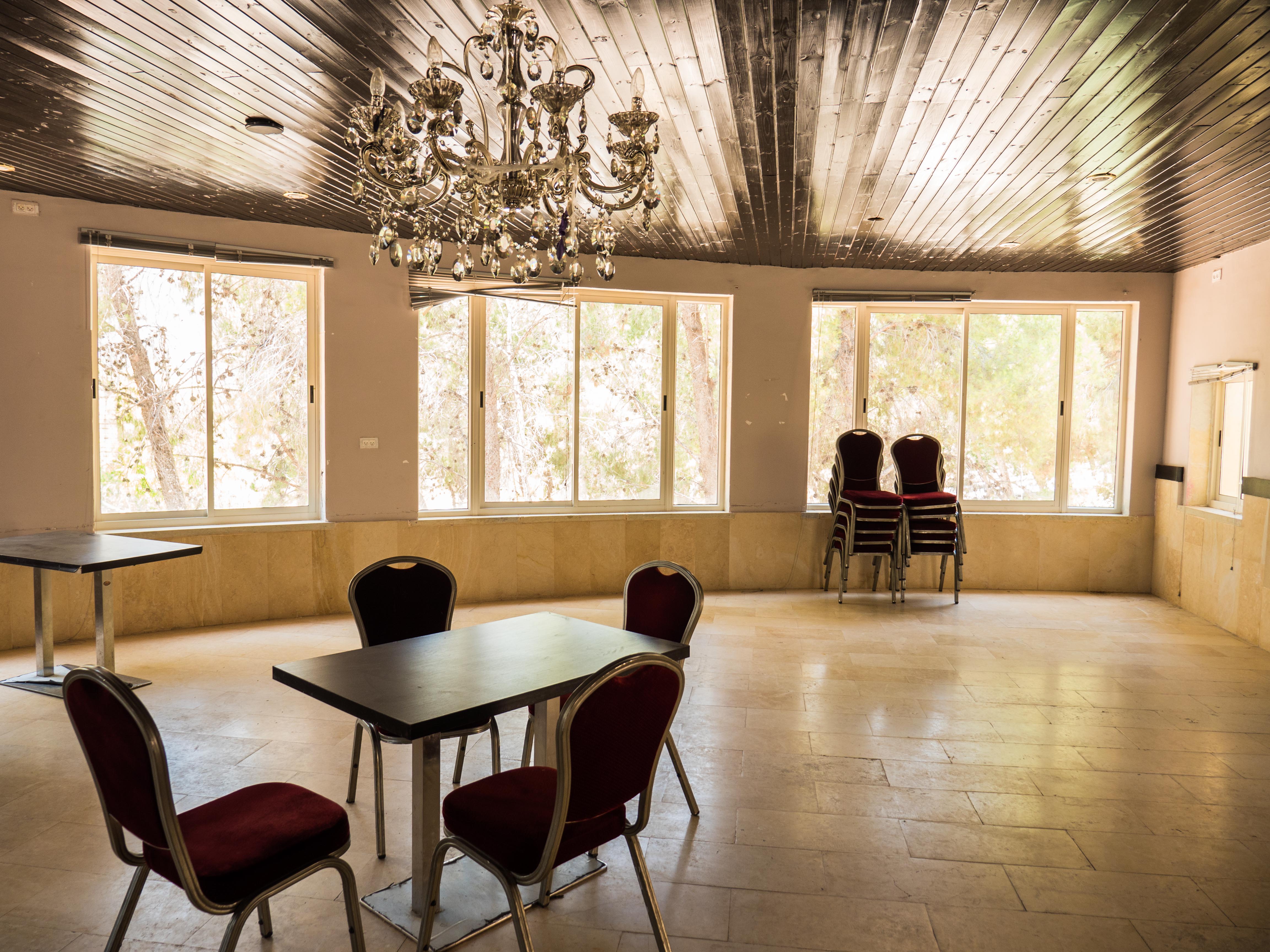 And this is the vision for the future… 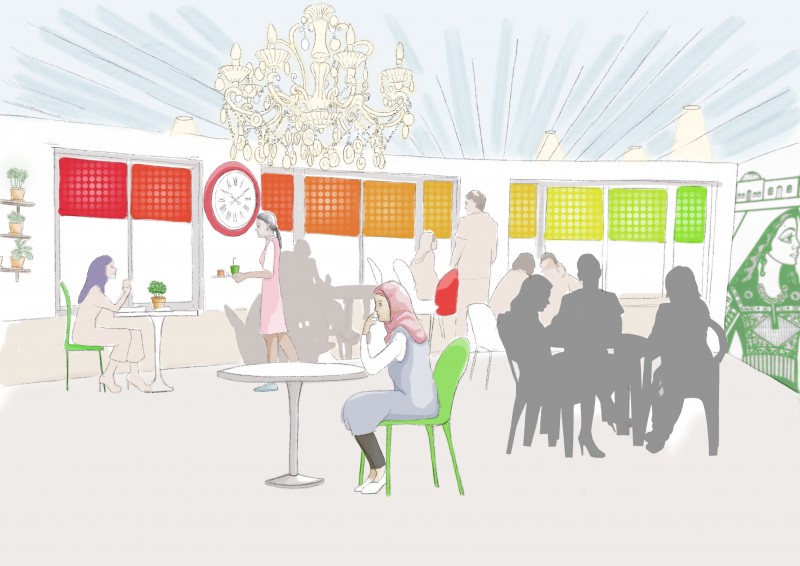 Sham, another member of the group told One Green Planet that the project had inspired a confidence in her that she didn’t know she had, saying, “A lot of people used to tell me that I am still young, that I don’t need to worry about making changes in the world until I am ‘more mature.’ But I didn’t listen and kept on moving forward. That’s my message to all girls like me out there: Take a step forward, speak your mind and keep going. Ignore anything or anyone that might stand in your way. It’s YOUR choice. It’s YOUR life.”

How You Can Help to Make Sudfeh a Reality

Now the group is appealing for support for their crowdfunding campaign, which was launched on the August 1st, 2016 and seeks to cover the costs for renovation of the space, purchase of furniture and equipment and the salaries of four members of staff for the initial months. Sudfeh will then become self-sustaining, providing both a much-needed culinary alternative to students and long-term support for other good causes. The girls have already raised over £4,500 ($5,800 USD) in little under two weeks but need to reach £10,000 ($13,000) to cover the vital start-up costs. 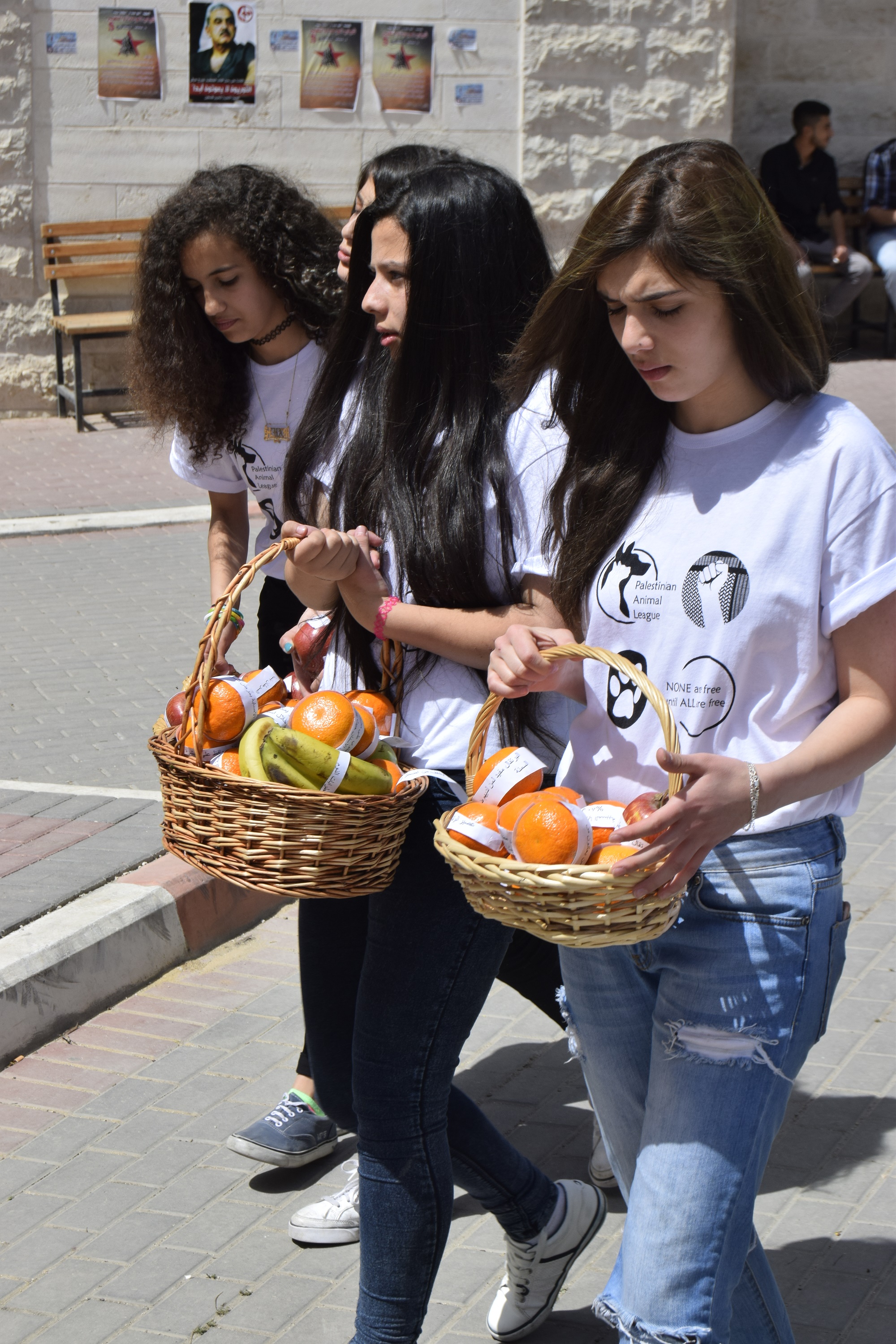 Group member, Dana, added, “We are really proud of what we have achieved so far but we are still at the beginning of our mission. We are now working hard to plan and develop Sudfeh and we want be directly involved in the renovation of the space so that we can really be part of making this dream into a reality.”

If all goes to plan, Sudfeh will be up and running by the end of 2016. The group hopes that it will become a central focal point for animal advocacy and veganism on campus and will act as a social center for events and activities as well as serving up delicious vegan food.

If you are inspired by the girls’ efforts and would like to support them you can get involved in the crowdfunding campaign here, or connect with the Palestinian Animal League – the charity responsible for the Youth for Change program – on Facebook, Twitter or Instagram to keep updated on progress.