A program established between the Palestinian Animal League (PAL) and three universities in the West Bank has begun to train university students to act as mentors in a ground-breaking project which seeks to encourage schoolchildren to identify, understand and tackle animal welfare problems in their local communities by creating child-led campaigns to remedy problems

PAL is one of very few animal protection groups working in the occupied Palestinian territories and was the first of its kind when established in 2011. Working with Al Quds, Bir Zeit and Al Najah Universities, student volunteers have embraced the new program, entitled “Young Palestinians for Animal Rights,” and have begun delivering work in over 15 schools in the region.

During March, almost 40 university students were trained by the PAL team in leadership skills, concepts of animal welfare science and animal ethics. They also learned how to plan and deliver successful animal protection campaigns. With their new-found skills, the students are now passing on their knowledge to schoolchildren, with dozens of pupils having taken part already. The most important aspect of the project, says PAL’s volunteer manager, Sameh Arekat, is empowering the children to take ownership of their own projects. 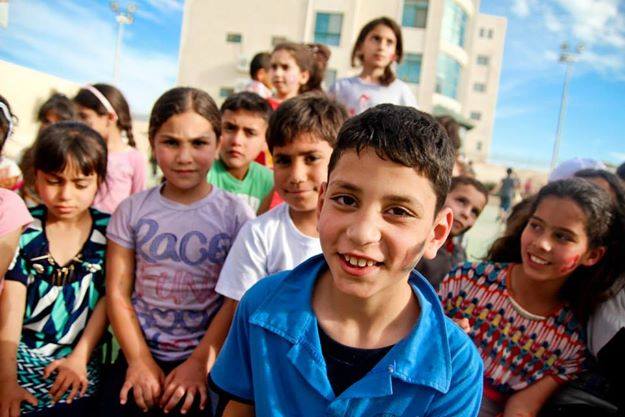 “This isn’t traditional classroom learning where the teacher tells the class what they will be working on today and the children follow instructions,” Arekat told One Green Planet, “Instead, the children are encouraged to develop their own projects, identify the animal welfare or environmental problems that concern and affect them personally, and work out a way to solve them. The projects coming out of these sessions are truly owned by the children. This, in turn, gives them great confidence that they can make a real and positive difference to the world around them.”

So far, children from Abu Dis have chosen to work to raise awareness about the benefits of a plant-based diet amongst their classmates. Other pupils from Tulkarm, who are concerned about violence towards animals, have devised a play which they will share with fellow pupils in a bid to teach their friends a more compassionate and caring approach towards animals. Children from both Al-Awael and Lutheran schools have decided to create beautiful murals all over the school walls, using art to spread the message of compassion. In addition, the same children have arranged daily morning talks in front of their classmates which focus on animal rights and plant-based nutrition. Not only that, but the busy groups have established a social media page which shares information and ideas about animals and how to treat them kindly. 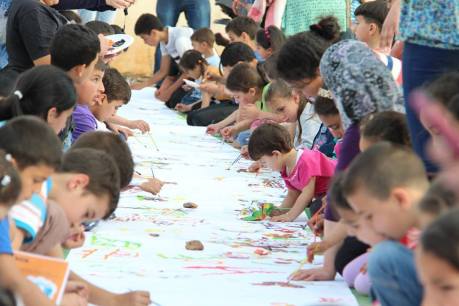 Qasem Tobal, who ran the initial leadership training with the students, explains:

“The university students are amazing and their efforts in the schools are really paying off. The project is sowing seeds of change in both the older students and the younger children who are involved. It is really wonderful to witness this growing concern for animals developing; along with the confidence of both groups of students. It feels like it is the beginning of something really important.” 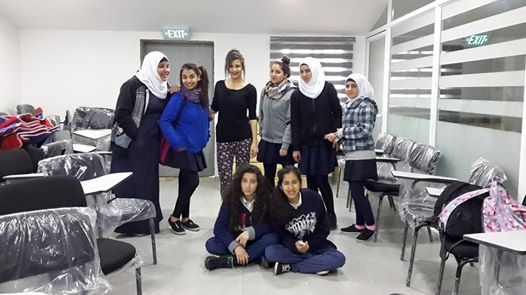 A Growing Movement for Animals in Palestine

The animal protection movement in Palestine is growing and PAL already has between 200-300 dedicated volunteers involved in the work of the organization.

“When you think of Palestine it is easy to forget, with the ongoing occupation and conflict, that life goes on day-to-day and young people here are as passionate about their environment and animals as anywhere else in the world,”Qasem told One Green Planet, “We work in challenging conditions here and the animal protection movement is in its infancy. We certainly have a long way to go, but programs like this give us hope that the young people of the region will take initiatives forward and achieve great things for animals.”

With the help of PAL and all the dedicated volunteers, the future of Palestine’s animal protection unit looks bright. To learn more about PAL and how you can support their incredible work, click here.